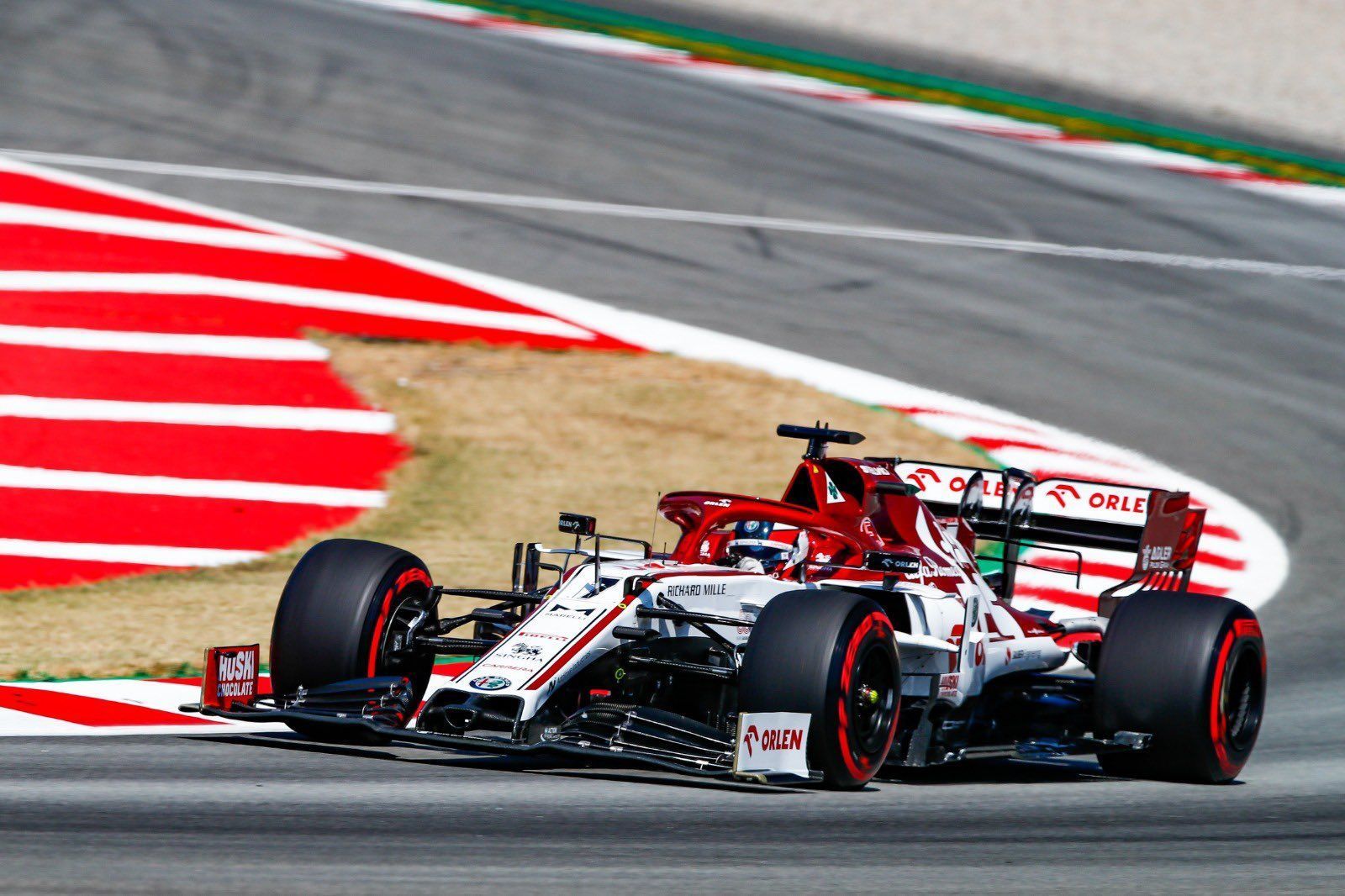 It doesn’t take an expert set of eyes to reach the conclusion that Alfa Romeo continue to struggle throughout 2020 F1 season, as they have seldom scored points, their only two coming from one race: the chaotic Austrian GP.

The team suffer from poor qualifying pace, and most recently, they had another race of great tribulation in the form of the Spanish GP. An improved qualifying run only got the team’s Raikkonen so far before strategy let him down at the end, the Finn explaining that his best stint – the last one on the soft tyre – may have proved more fruitful had they had another set of the red-coloured tyres.

Raikkonen ultimately finished fourteenth in the race, beating out Antonio Giovinazzi (16th). “The car had a really good pace in the final stint, on the soft tyres, and I wish we had another set to use as they worked really well,” he said. “Unfortunately we didn’t, so the end result is a bit disappointing as I felt we could have had a bit more.

“All in all, I think we were a bit better this weekend: we have to keep trying new things to maximise our car’s performance and find more speed. We need to keep improving in this direction.” It was a competitive run as Raikkonen had multiple fights with Williams, Renault and AlpaTauri drivers.

Giovinazzi himself, on the contrary, felt they maximised their result on his side of the garage, as they bested their immediate rivals. He did, though, also agree that there was more pace to be found in the soft tyre. “We have some positives to look,” he said.

“In the end it was a difficult race but, starting from the back, I think we achieved all we could from this Sunday. We finished ahead of our direct rivals in the championship and we showed good pace, especially in the final stint on softs. Of course, we still need to do a lot of work but we can get some encouragement.”

Alfa Romeo Team principal, Frederic Vasseur, remained upbeat with the race run by his team, but not so much the result, as he suggested that he expected points from the race after promising practice sessions and qualifying results.

“It’s disappointing not to bring home any points after a race weekend where we looked more convincing than in previous weeks,” said Vasseur. “Both drivers executed a good race, attacking where needed and pulling off some very good overtaking moves, but in the end that was not enough for a place in the top ten.

“It is important, though, to keep moving in the right direction: we have seen an improvement both in qualifying and in race, so we need to build on this for the next triple-header.” The team is ninth in the standings with just the two points.