Ferrari’s Kimi Raikkonen is one of the most experienced drivers on the current Formula 1 grid to have seen several changes in the sport over the years. The Finn has been racing in F1 for 16 years since the 2001 season (he missed 2010 and 2011 in between).

And so, Raikkonen was not overly enthusiastic when he was asked what has gone wrong in F1 – unlike in the past – after races like Monaco and Canada in 2018 where it was all-the-more difficult to follow and overtaking nearly impossible.

“Obviously, the rules have changed since that [when he started],” he said. “I think there’s a lot to do with the tyres also. Even without the DRS or anything in the past we used to overtake and suddenly we [have] created a lot of artificial things that doesn’t really gives us awful lot.

“So, I guess it is combination of rules that has changed over the years.” Ferrari tried to extend Raikkonen’s stint in Canada to cover Mercedes’ Lewis Hamilton, but the laptime wasn’t enough in the end as he lost out by a car’s length.

Even though Raikkonen had fresher tyres than Hamilton, the Finn couldn’t attack hugely at that moment. He dropped off to try and attack towards the end but didn’t have the legs to catch Hamilton. He finished sixth in the race he described as pretty ‘boring’ – his teammate though could take offence to.

In fact, Raikkonen was surprised with the race which was similar to Monaco despite the layout being completely different to each other. Even in Monaco, Raikkonen along with the remaining five drivers in the top team were stuck behind each other with no real chance of making a move.

The problem of following cars and overtaking has been in debate for a couple of years now. The drivers and experts predicted this to be a challenge when the 2017 rules were put in place which had cars becoming wider and downforce level increasing to make the them go even faster.

The caution was made that the turbulent air from the car ahead will make it difficult to follow and stay with them so as to make a move in a couple of laps – which is happening as, while the drivers are breaking lap records, the results remain similar to qualifying due to less overtaking.

The FIA though have worked on some solutions which has been approved by the World Motor Sport Council for the 2019 season which includes simplified front wing with a larger span and low outwash potential, along with a wider and deeper rear wing and a simplified front brake duct with no winglets. 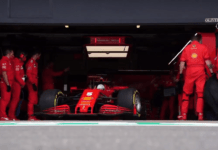 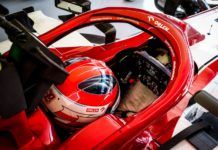 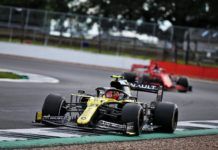 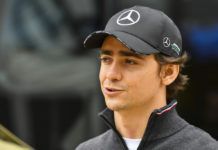 Mercedes caught by regs, looks to give Gutierrez F1 test for superlicense 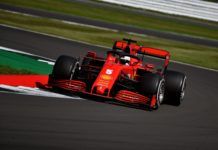 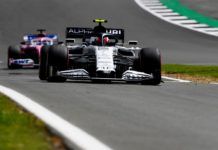 Mercedes caught by regs, looks to give Gutierrez F1 test for...