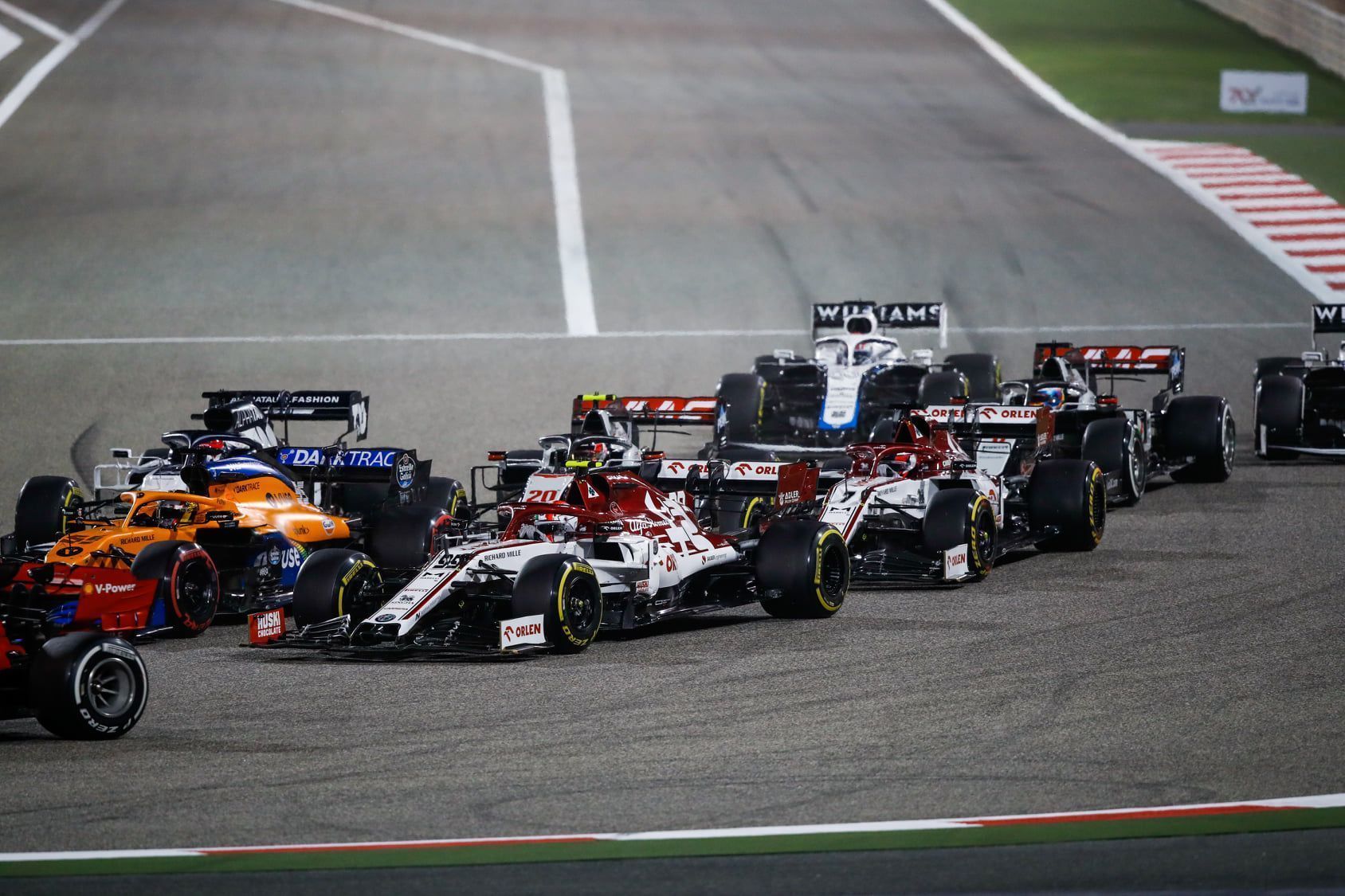 Alfa Romeo’s Kimi Raikkonen partially attributes his poor result at Bahrain to contact with his teammate Antonio Giovinazzi at the F1 race start.

Video clips of the Finn and his Italian teammate making contact circulated on Sunday evening, with the two Alfa Romeo F1 drivers squeezing each other with close proximity to the pit wall at the race restart after Haas driver Romain Grosjean initiated a red flag with a horrifying crash at turn three – one which dominated headlines.

It was a dramatic incident between the two, which saw sparks fly as Raikkonen’s left-front made contact with Giovinazzi’s side pod. The 41-year-old F1 driver incurred damage to his front wing and his floor, but it was not the first damage-inducing accident he was involved in, as, in the previous start, he suffered damage.

Raikkonen said after a 15th-place finish in an F1 race marred by incidence, “We got a little bit of damage to the right-hand side on the first start. At the second start I got a good [launch] and went to the right but then Antonio didn’t see me and he went the same way. There was a wall so I couldn’t do anything.

“It damaged the front wing and the left-hand side of the floor, but that was pretty much it. Then, the car was okay on new tyres for a few laps but with the damage it just fell off all the time. Not much [to say],” Raikkonen concluded.

The Alfa Romeo driver was quick to alert his team of the incident, which was not shown on the world feed. “I got squeezed by Antonio,” he said on radio. “My front wing is for sure damaged. I will pit in.” When told by his team that they observed damage to his endplate, he requested that a team member look at the car as he drove by to assess the damage.

Though he did not suffer damage to the same extent as Raikkonen, Giovinazzi had a similarly inauspicious F1 race, as he suggested that his P16 result was born out of a poor pit strategy, after he attempted a 33-lap stint on hard tyres in the middle of the race. “I was quick with the car but I just think we did the wrong strategy,” he began.

“To stay with the hards was just difficult in the end, then we changed tyres under the safety car but [it] was not [successful]. Just the wrong strategy,” Giovinazzi surmised, neglecting to mention his contact with Raikkonen.

The team’s struggles were so great that Williams’ George Russell beat both the Alfa Romeo drivers, while Nicholas Latifi got the better of Giovinazzi in his own right. The duo could only beat Haas’ Kevin Magnussen in the end, the Dane having suffered his own issues.

Here’s the onboard video missed by F1 world feed: https://www.formula1.com/en/video/2020/11/ONBOARD__Raikkonen_and_Giovinazzi_clash_at_Bahrain_GP_restart.html