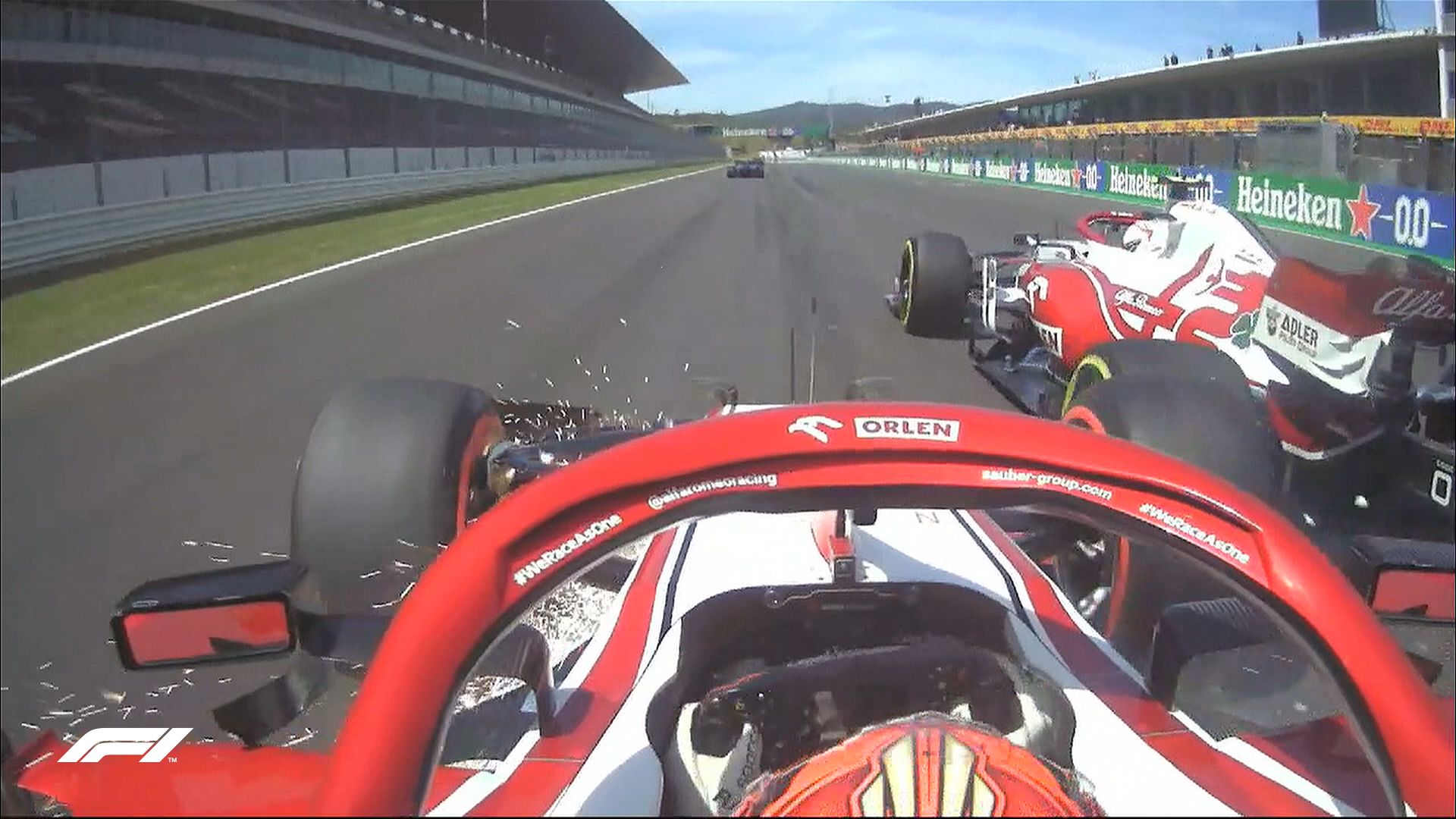 Kimi Raikkonen got caught in the slipstream of teammate Antonio Giovinazzi while changing steering switch in F1 Portuguese GP crash.

It was a short-lived run for Alfa Romeo’s Raikkonen, who crashed out early from F1 Portuguese GP after colliding with teammate Giovinazzi on the main straight. It resulted in a safety car period, as the Finn’s car came to a halt on the gravel.

Raikkonen admitted to his mistake as he was changing a switch and got caught in the slipstream of Giovinazzi. The Italian, though, escaped without any puncture and was largely unaffected, but he couldn’t fight back enough to score a point for the team.

“It was my mistake,” said Raikkonen. “I was checking something on the steering wheel, adjusting a switch, and I got it wrong out of the last corner. I had to check it again and [I] just drove into him, so really my mistake. You never want to have contact with your team-mate, and this time unfortunately it was my mistake.

“I got caught out by the slipstream and ended up driving into Antonio. I couldn’t do much after that, the front wing got stuck under the car and I couldn’t steer: all I could do was go straight into the gravel,” summed up Raikkonen, who thought he had decent pace and could have fought for points.

Giovinazzi, meanwhile, wasn’t hurt with the hit. “Luckily we had no puncture and after that it was a clear race from my side,” he said. “I had some fun with Fernando at the beginning and some fun with Sebastian at the end but we started P12. We were faster than the Aston Martins but slower than the Alpines so it was not enough to get into the Top 10.”

Looking ahead to Spanish GP this weekend, Alfa Romeo will have Robert Kubica in the car in FP1, replacing Raikkonen, after Callum Ilott replaced Giovinazzi in Portuguese GP. The Polish driver will also get to drive during the two days of 18-inch tyres test.

“Driving a Formula One car is always a special experience and I’m looking forward to contributing to the team’s effort in the midfield battle. Also, getting to drive the new 18-inch tyres will be a new experience and the first taste of the new world that will come into being next year,” summed up Kubica, who will be not the lone one to drive in FP1, where Williams announced Roy Nissany as well, in place of George Russell.

Here’s the video of the crash: https://www.formula1.com/en/video/2021/5/2021_Portuguese_Grand_Prix__R_ikk_nen’s_front_wing_explodes.html