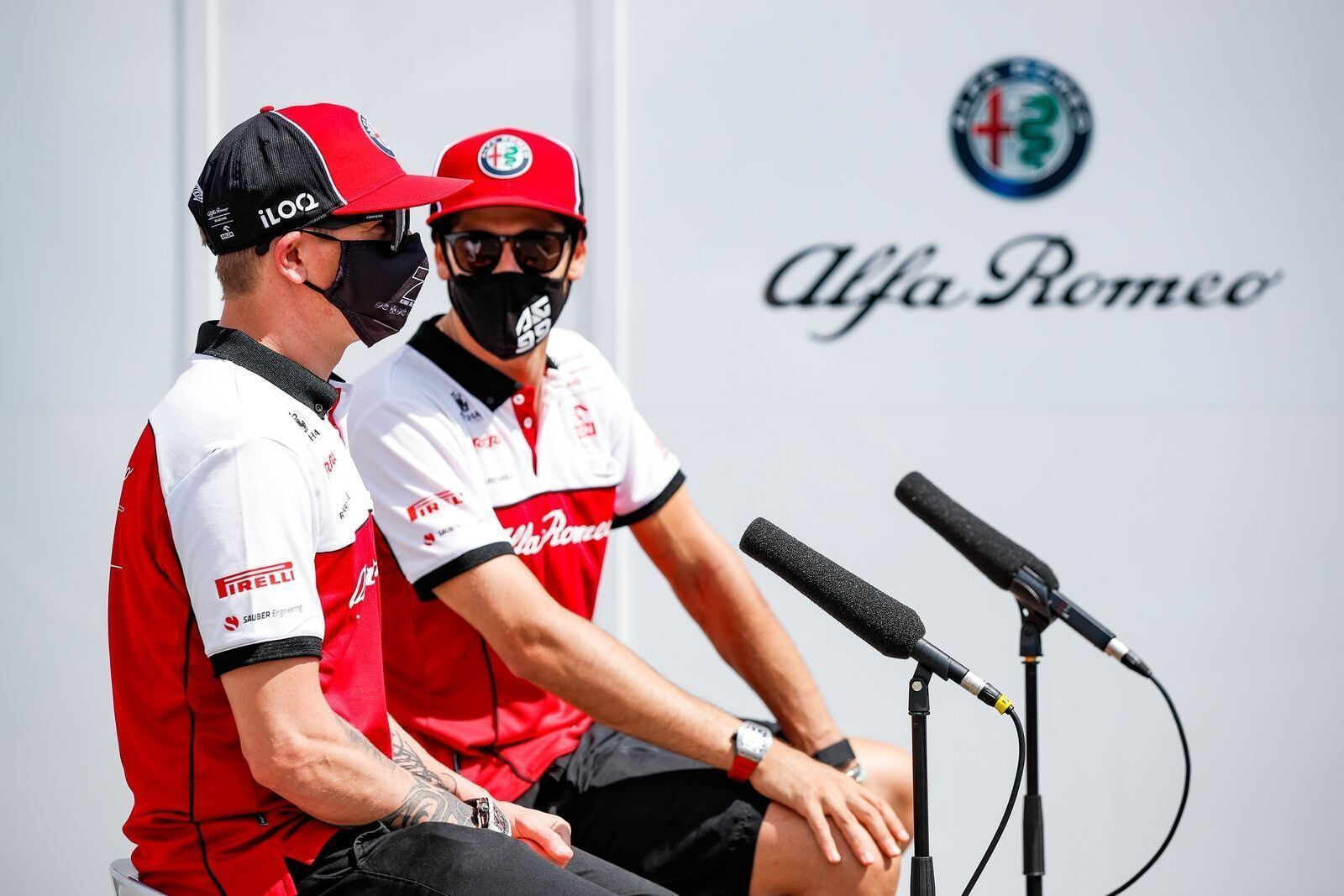 Alfa Romeo Racing has confirmed the retention of both Kimi Raikkonen and Antonio Giovinazzi for the 2021 F1 season.

After what looked like that both Raikkonen and Giovinazzi may not race together again for Alfa Romeo, things started to look different in the last few weeks as voices of both getting retained started to float around more, for at least the 2021 F1 season.

The only link of Mick Schumacher started to move towards Haas, which is now a big possibility, after Alfa Romeo confirmed Raikkonen and Giovinazzi for another year in 2021 – the duo are to enter their third F1 season together for the Swiss-Italian outfit.

Having left Ferrari, Raikkonen decided to return to Sauber in 2018 when Giovinazzi was handed his full-time F1 run by Ferrari. Its been an up and down time for both, where they have shown glimpses of strong performance, wherever the car looked competitive.

With Alfa Romeo and Sauber continuing for one more season, the news of Raikkonen and Giovinazzi became a formality then, as the latter is liked by the team hugely. “Alfa Romeo Racing ORLEN is more than a team to me, it is like a second family,” said the Finn.

“So many of the faces that were around me when I made my Formula One debut in 2001 are still here and the unique atmosphere of this team is what gives me that extra motivation to keep going in what will be my 19th season in the sport, next year.

“I wouldn’t be here if I didn’t believe in the team’s project and in what we feel we can achieve together. This is a team that values hard work over words and this fits well with my style: I am looking forward to next year and hopefully making some steps forward towards the front of the midfield with the team.”

At the same time, Giovinazzi stated: “Alfa Romeo Racing ORLEN has been my home in Formula One for the last two seasons and I am happy this relationship can continue for one more year. The team has put a lot of faith in me and I have done my best to repay this confidence with hard work and commitment.

“We have achieved some good results and I feel I have done my part to make the team progress, but the road ahead is still long and there is much more we want to achieve together. There will be a lot of continuity between this season and the next one, so everything we work on between now and the end of the year will already count for next, and we are ready to give it all we have.”

And finally, Frederic Vasseur added: “I am very pleased for the team to continue working with Kimi Raikkonen and Antonio Giovinazzi for another season. Kimi is a driver who needs no introduction: his talent has been clear to everyone since 2001 and I still see the passion and motivation in him every time I see him at work.

“He can be trusted to deliver 100% of what the car can produce and he is a true leader for the people working around him. Antonio finished last year’s campaign strongly and he picked up where he left off and kept improving throughout 2020. From the track to the engineering briefings, Antonio has played a crucial role for our team and he has thoroughly deserved a new contract for 2021. His work ethic, commitment to the team and contagious enthusiasm are a huge asset for Alfa Romeo Racing ORLEN.”