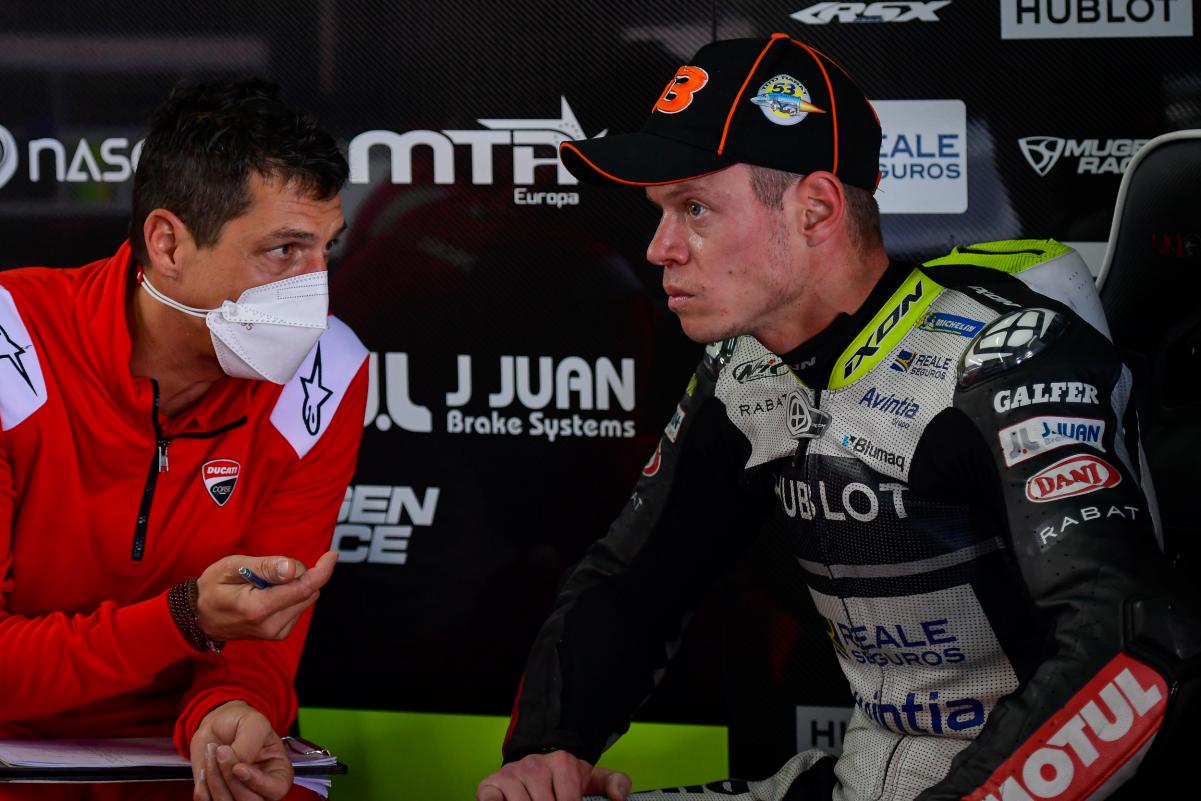 Tito Rabat will replace Jorge Martin at Jerez MotoGP weekend for Pramac Ducati, as the latter undergoes an operation.

It is clear that Martin will be out for long as Pramac has confirmed Rabat to be his replacement for the Jerez MotoGP weekend, which takes place on May 2. The Spaniard returns to the premier class after losing his Avintia seat at the end of 2020.

Rabat remained within the Ducati stable, though, having signed up with Barni outfit in World Superbike championship. Interestingly, Pramac has opted to rope in the former MotoGP rider alongside Johann Zarco, instead of tester Michele Pirro.

Martin had a heavy fall during Portugal’s practice session, where he had fractures to the metacarpal of his right thumb, right ankle and left tibial plateau. The MotoGP rookie is undergoing an operation in Dexeus University Hospital in Barcelona.

Since Martin will not be fit on time, Pramac offered World SBK rider, Rabat, the ride as Ducati tester, Michele Pirro, – who was the first choice substitute – will be busy working for the Italian manufacturer Mugello on April 29-30.

A short statement from Pramac read as: “Jorge Martin will be operated this afternoon in Barcelona. Tito Rabat will be riding the Ducati Desmosedici GP for team Pramac Racing in the Spanish Grand Prix at Jerez.”

Here’s Marc Marquez and MotoGP rivals speaking on his return