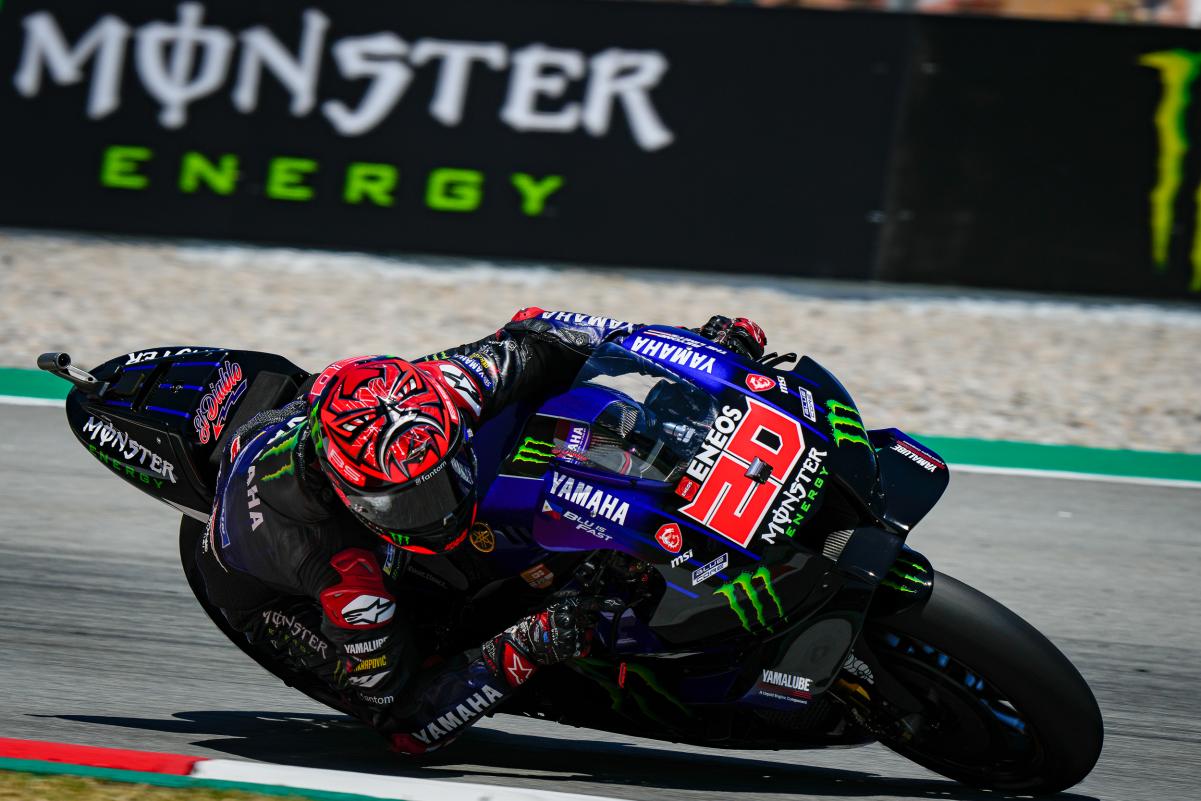 Following the Catalan GP, the MotoGP circus were back at Barcelona for an official day of testing where Yamaha’s Quartararo set the pace with a 1m39.447s lap which was only 0.004s faster from Ducati’s Bagnaia and 0.053s faster than Pramac’s Zarco.

Quartararo raan the aluminium swingarm like RNF Yamaha’s Andrea Dovizioso, while Quartararo’s teammate Franco Morbidelli was working on a carbon variation. On Ducati’s side, Bagnaia ran an aerodynamic package while Zarco tested an updated chassis.

Behind the Top 3 was Aprilia’s Aleix Espargaro, where he ran a radically new side fairings along with new rear wing which they ran at Mugello too. The Spaniard recovered from Catalan GP horror mistake and also a small crash at Turn 2.

Morbidelli had a late crash at Turn 5. The Gresini Ducati pair of Enea Bastianini and Fabio di Giannantonio to rounded out the Top 10, with the lead KTM of Brad Binder and lead Suzuki of Joan Mir ending up 11th and 12th, respectively.

Binder had a new swingarm pivot while teammate Miguel Oliveira had three bikes to test, with Suzuki focused on two different aero packages. VR46 Ducati’s Luca Marini ended up 13th from Oliveira, with first of Tech 3 KTM of Remy Gardner slotting in 15th.

LCR Honda’s Alex Marquez was 16th where he tested a new swingarm, with Honda’s Stefan Bradl in 17th after ending his day early. Ducati tester Michele Pirro was 18th from RNF pair of Dovisioso and Darryn Binder, as VR46’s Marco Bezzecchi was 21st and Tech 3’s Raul Fernandez 22nd.

The MotoGP test day saw Pramac’s Jorge Martin miss it as he had a planned surgery for his shoulder, while LCR’s Takaaki Nakagami also missed the test due to Catalan GP crash where he escaped serious injury after his head hit the rear tyre of Bagnaia. At the same time, Rins; wrist injury forced him out but he was trackside to follow the test.

“First of all, I want to apologise to Alex Rins and Pecco Bagnaia for yesterday’s accident,” said Nakagami. “It was all my fault. I wish Rins a speedy recovery and I hope he is in good shape for the German Grand Prix.

“After yesterday’s crash, I feel lucky because I have no serious injury, no fracture and I am OK. I spent the night at the Intensive Care Unit, under observation but all is good. So, I’ll try to be ready for the next race in Sachsenring.” 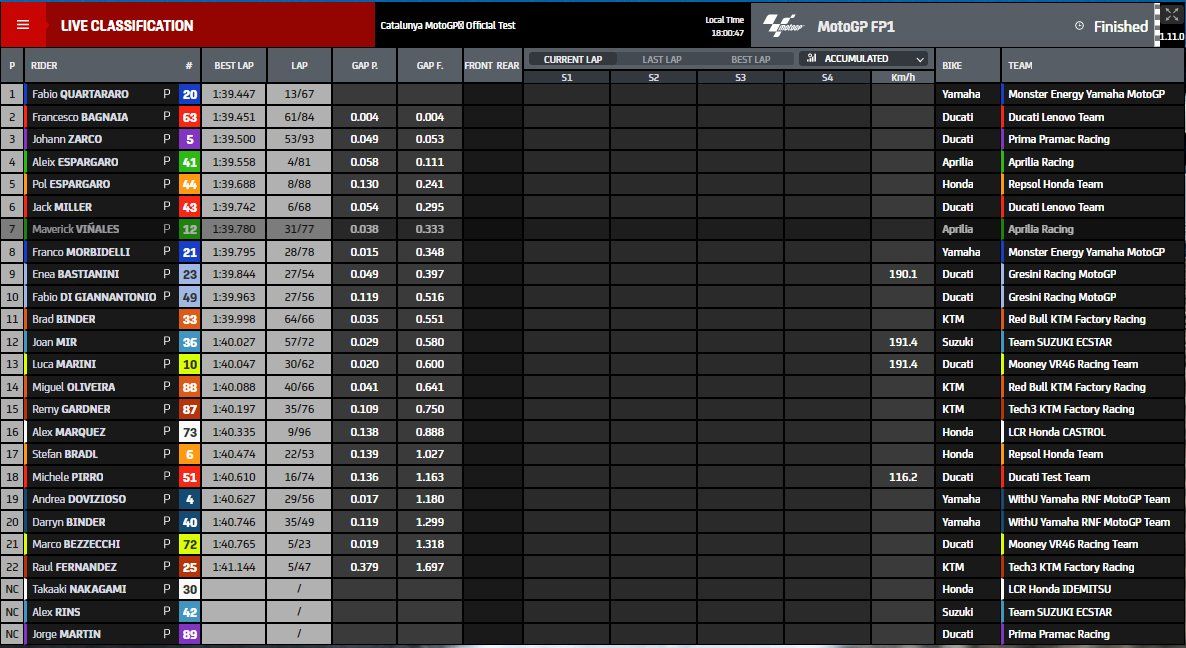