Home Karting Mini Qualifying of the second round of WSK Super Master Series is on... 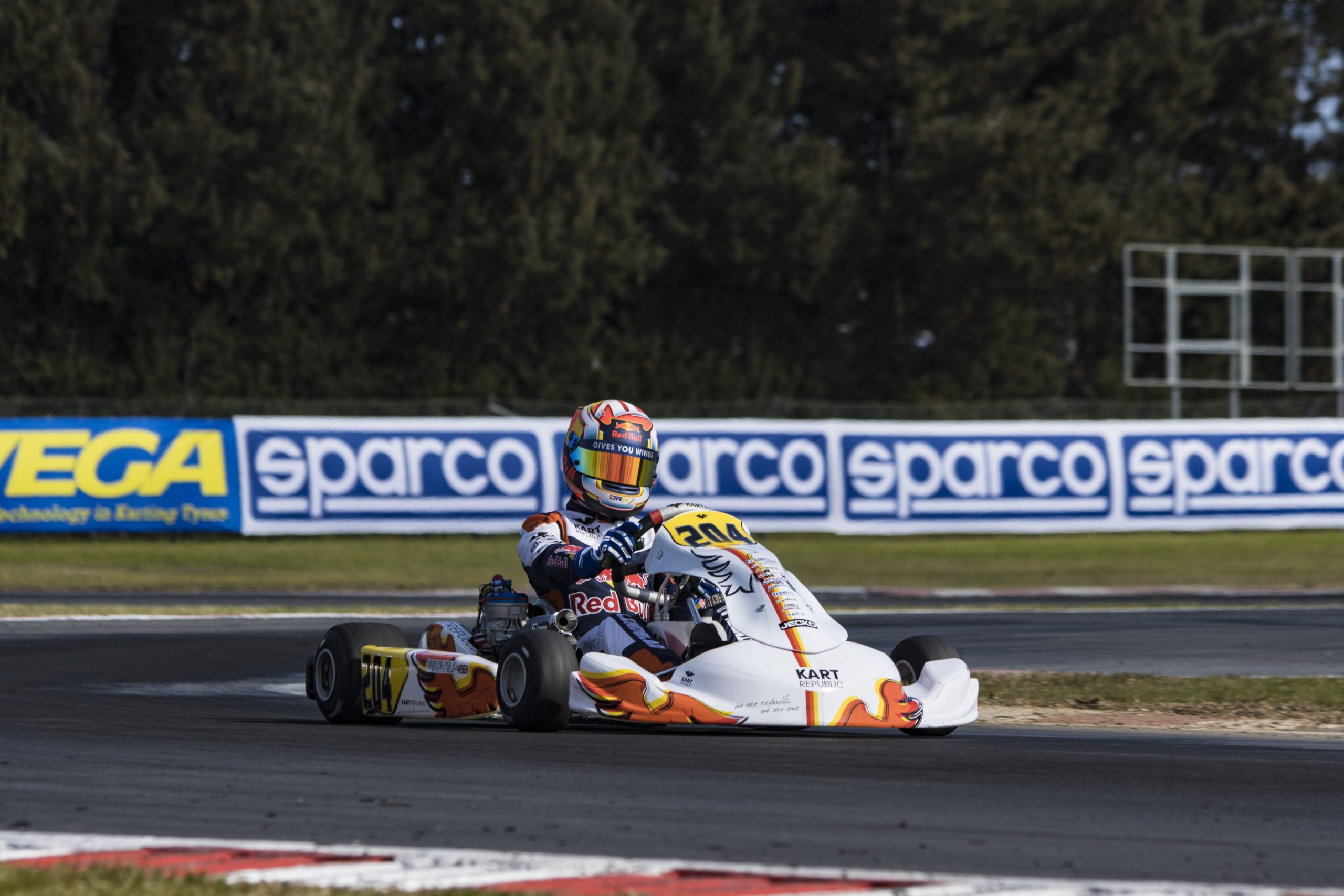 Qualifying practice and the first heats took place today as over 170 drivers made it onto the track in the three categories MINI, OKJ and OK. Some further heats will take place on Saturday, March 13th ahead of the final stages that will be on Sunday, March 14th, with Live Streaming on wsk.it.

Qualifying practice and the subsequent heats provided the first indications on Friday ahead of the final stages of the second round of the WSK Super Master Series that is underway at the World Circuit La Conca (Muro Leccese, ITA). Following the Covid-19 protocol and according to the ACI Sport regulations, the event is run behind closed doors.

In this second round more than 170 drivers are challenging each other in category MINI, OKJ and OK, and several new drivers came to the fore after the recent opener in Adria. In this occasion KZ2 is not present, but it will be back in Sarno on March 28th and then at the grand finale of the WSK Super Master Series in Lonato on April 25th.

Lindblad posts the pole position time in OK. The first two heats go to Tsolov and Cepil instead.
The British driver Arvid Lindblad (KR Motorsport/KR-Iame) secured the pole position in OK with a best time of 44.459s. He was followed by his teammate from Czech Republic Igor Cepil, who posted the quickest time of Series-2 in 44.699s. The Finn Tuukka Taponen (Tony Kart Racing Team/Tony Kart-Vortex) was also among the fastest and came second in Series-1 in 44.781s, while the Norwegian Martinius Stenshorne (Leclerc by Lennox/BirelART-TM Racing) was second in Series-2 in 44.702s.
Heats. The first heat (C-E) has lived on an exciting duel for the top and the Bulgarian Nikola Tsolov (DPK/KR-Iame) eventually pipped the Italian Andrea Kimi Antonelli (KR Motorsport/KR-Iame) by 0.067s. The third place was also decided in the sprint to the line and Taponen proceeded Brando Badoer (KR Motorsport/KR-Iame) by 0.069s. Cepil won the second heat leading Alfio Andrea Spina (Tony Kart/Vortex) who put in a good comeback race, while Stenshorne was third.

Pole position and one heat to Bohra in OKJ. The other heats to Walther, Gubenko and Powell.
Three qualifying series took place in OK-Junior. The quickest of all was Singapore’s Akshay Bohra (KR Motorsport/KR-Iame) who topped Series-1 in 46.180s. The Russian Alexander Gubenko (Tony Kart Racing Team/Tony Kart-Vortex) was the quickest in Series-2 with a best time of 46.259s, while the Dane David Walther (Koski Motorsport/Tony Kart-Vortex) was the fastest of Series-3 in 46.264s.
Heats. In the first heat (C-E), the victory went to Walther, who led Alex Powell (KR Motorsport/KR-Iame). The victory of the second heat (B-D) was claimed by Gubenko, while the Brazilian Matheus Ferreira (KR Motorsport/KR-Iame) had the best of his teammate from China Yuanpu Cui as the two ended respectively second and third. Bohra confirmed his speed in the heat A-E leading his two teammates from Russia at Team Komarov, Tigran Bunatyan and Anatoly Khavalkin. The Jamaican Alex Powell (KR Motorsport/KR-Iame) bounced back in the C-D heat taking the win ahead of his teammate Ferreira and the American James Egozi (Tony Kart Racing Team/Tony Kart-Vortex).

Fardin sets the pole position time in MINI. Van Langendonck and Skulanov take the win in the heats.
In the second of the three qualifying series of MINI, Kian Fardin Sharabian (Team Driver/KR-Iame) posted the overall fastest time in 51.639s, while Jacopo Martinese (CMT/Parolin-TM Racing) was the fastest of Series-1 in 51.884s and Davide Bottaro (AV Racing/Parolin-TM Racing) topped the charts of Series-3 in 52.015s.
Heats. The first of the two qualifying heats saw the Belgian Dries Van Langendonck (BirelART Racing/BirelART-TM Racing) taking the win from the British driver Alfie Slater (Energy Corse/Energy-TM Racing) who completed a good race as Singapore’s Tiziano Monza (Sauber/KR-Iame) that ended third. The second heat was won by the Russian Gerasim Skulanov (CRG Racing Team/CRG-TM Racing) at the end of a comeback run. He eventually led the Turkish driver Alp Aksoy (Baby Race/Parolin-Iame) and the Pole Jan Przyrowsky (AV Racing/Parolin-TM Racing). Martinese was fourth instead.