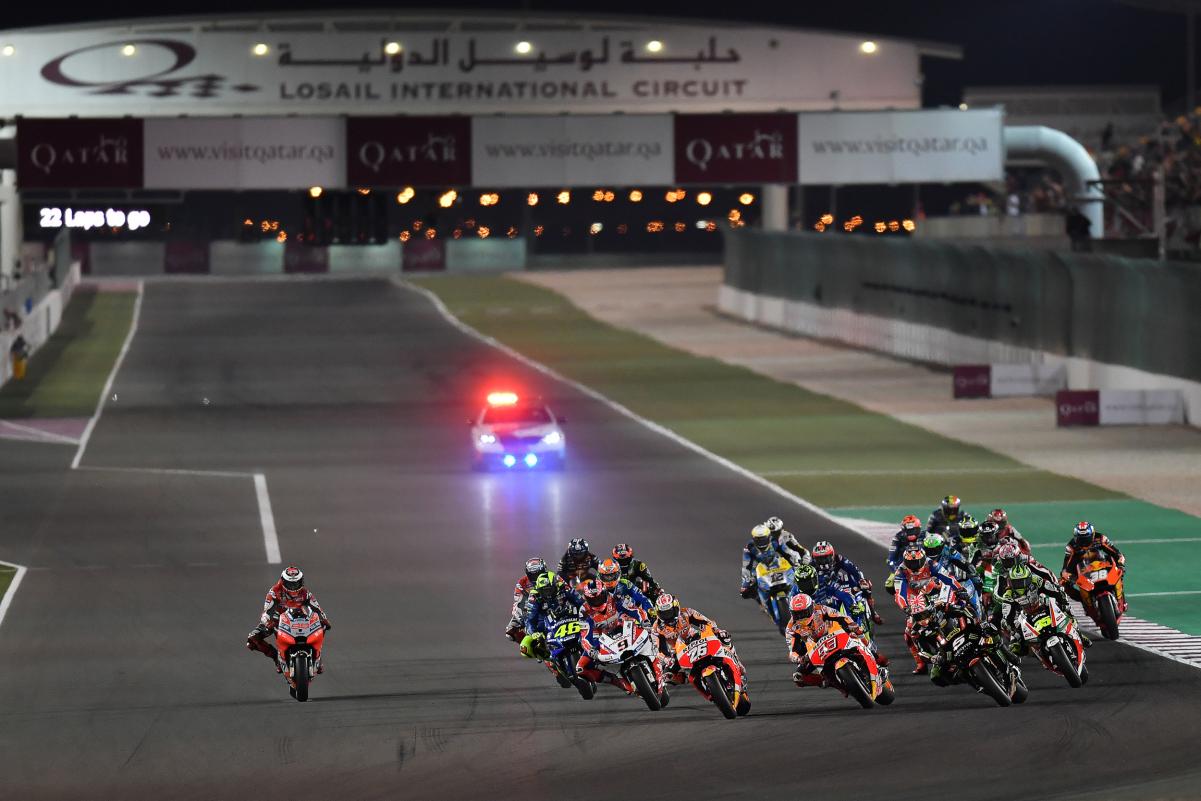 With the 2019 MotoGP season starting this weekend at Losail International Circuit in Qatar, Dorna has announced a contract extension for the race.

In a show of intent and solid partnership, Dorna and the Losail circuit owners have extended its MotoGP contract by another five years with the existing 10-years deal still in progress with eight years remaining on the contract.

The last deal was signed in 2016 with 10 years locked out which will continue on until 2026. With the 2019 MotoGP season to start this weekend, the fresh contract signing has taken place with five years added to make it last until 2031.

The Qatar event has been on the MotoGP calendar since 2004 season with the circuit switching to a night event from 2008 onward. The race start time though has come under scrutiny with riders wanting to start early to put on a better show.

Their request was turned down but they continued to push when asked during first official press conference of the 2019 season. “We have to discuss for sure in the Safety Commission,” started Yamaha’s Maverick Vinales.

“Finally [starting] at 7 the risk is much less, and for sure the grip on the track will be much better and we can push much more. For sure will be a better show, but anyway we have to discuss tomorrow and see what we can do.”

Honda’s Jorge Lorenzo said: “During the test I did a half [race run], my plan was to do 10 laps, but the temperature dropped a lot and also the humidity, going quite smooth I crashed at Turn 2. Hopefully the race will start early on Sunday.

“For sure I will try to speak tomorrow in the Safety Commission because at 8 o’clock, drops dramatically the temperature and also the humidity is quite dangerous.” Honda’s Marc Marquez, Yamaha’s Valentino Rossi and Ducati’s Andrea Dovizioso sided with them as well.