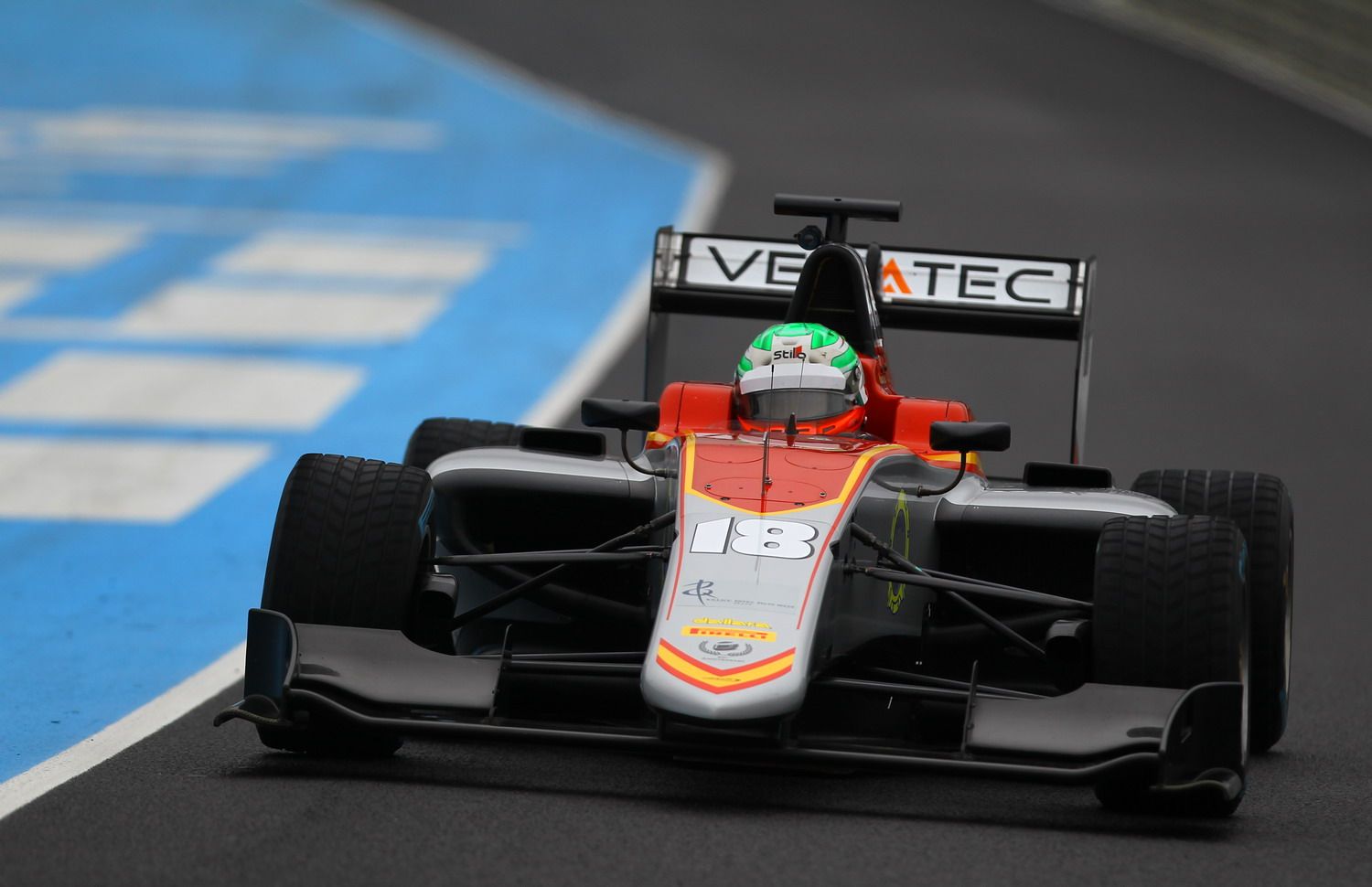 As it happened on first day, light rain during the night has complicated things over the morning.

Jerez woke up with the same tricky conditions that had on the first day of this second round of testing at Jerez. The rain obligated team to use rain tyres over the morning so, best times will be posted at the final moments of the day. It was Pedro Piquet from Trident and Niko Kari from MP Motorsport the first drivers to attemp on this damp track.

Step by step, all the other drivers were hitting the track, being Simo Laaksonen the driver who will set the pace on the first laps before action would be interrupted by Jake Hughes who needed the asistance of teh marshalls. After the incident; Callum Illot, Anthoine Hubert and Nikita Mazepin were the first drivers to come back to the track. On the last 30 minutes the fiurst slick tyres appeared, so Boccolacci and Kari used them, but at the end the fastest driver before the dinner stop was Callum Illot.

At the afternoon, it was expected that the best times will be posted, because all the dirvers hitted the track with slick tyres and conditions were improving progressively. All in all, there weren’t any interruptions and all the drivers were trading their best lap times but, finally, it was Leonardi Pulcini from Campos Racing the driver who posted the best lap with a 1:30.255 after 48 laps over the day. The italian driver was nearly followed by Piquet and Hughes.