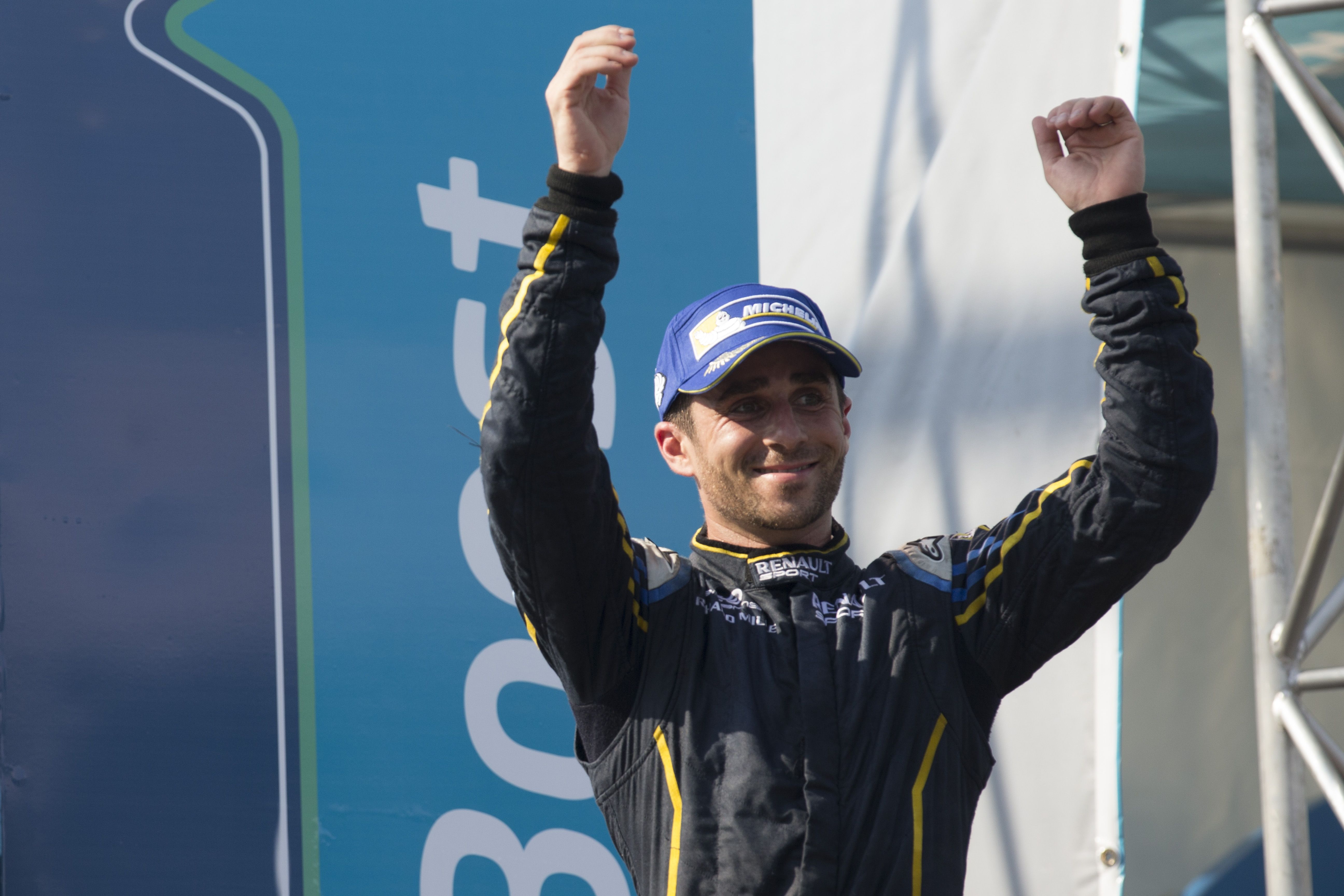 Nicolas Prost won the Miami ePrix  after a good race. Vergne, who had the pole, has abandoned, while Speed and Daniel Abt completed the podium.

Nicolas Prost took the opportunity. After leading the first ePrix in Beijing and losing the race at the last corner, the French took the opportunity and after a good performance has earned the victory. The e.Dams driver also approaches the championship lead after rivals fell in the ranking of the race.

Jean-Éric Vergne, who has this evening marked his second pole position in Formula E, has finished as he did the first time. Abandoning the race due to lack of power. A shame for the French, excited before competing.

The drivers were able to resist touching nearby walls of the circuit of Miami. Thanks to the Fan Boost, Vergne hold the first position at the start and Prost became second, touching the Andretti driver from behind before the first corner, he skillfully avoided the spin. Bird, before finishing the lap, recovered the second position than e.Dams driver had taken.

The race would remain stable until they reach the half, when batteries were already exhausted. Bird squeezed his Virgin to overtake Vergne two curves before he would make the stop to change the car. Surprisingly, the British did not stop and the wasted car would not last a lap, losing all chance of maintaining leadership.

A bad stop from Vergne left him in fifth place and Daniel Abt was placed into the lead, followed by Prost, Speed and Di Grassi. Vergne early started to lose positions and getting out of the points, and at the end of the race his car was stopped just a lap away from the chequered flag, repeating the nightmare of Punta del Este. Bad luck for the French in this Formula E.

When there were five laps to go, Speed was done with the last position of the podium and began to bother Prost, who did the same with Abt. The German was not as austere as his pursuers and lost two positions to leave the fate of the two drivers. Speed could not overtake Prost although this was water in the neck, and finally the French got his first victory in the Formula E.

Sam Bird and Di Grassi, meanwhile, had made a bad switch and having lost positions makes them lose the advantage that carried with the e.Dams, which has too used the fact that his teammate Buemi did not get into the points throughout the course of the race.

In the following quotationrace the battle will continue, also in the United States. Until next April 4, where the Formula E land at the legendary circuit of Long Beach.