The organisers of FIA World Endurance Championship (WEC) has announced that Brazil will be replaced on the 2019/20 calendar with Austin, USA.

The WEC grid were to return to Brazil in Sao Paulo at Interlagos in 2019/20 with the 6 Hours of Sao Paulo event, but persistent issues with the promoters, whereby they haven’t obliged to the contracts, the ACO is forced to drop the venue.

Instead, WEC will make its way to Austin, USA and race at the Circuit of The Americas as a replacement location on February 22-23 (subjected to the WMSC approval). The date has been changed actually from February 1 to February 23.

Fortunately, it doesn’t clashes with National Football League (NFL)’s Super Bowl event and also the 2019/20 Formula E round in Mexico, which will help certain drivers. It is not a new venue for the endurance series as it last raced at COTA in 2017.

Gerard Neveu, WEC CEO, commented: “Firstly we must thank Bobby Epstein and the Circuit of The Americas for accommodating us at relatively short notice. It is an excellent venue, and our fans, competitors and media are now assured of excellent racing in North America not once, but twice in two months.

“Of course, it is very unfortunate to find ourselves in this position. The WEC very much regrets this situation and feels very sad for the City of Sao Paulo and the many thousands of Brazilian motorsport fans. Our main concern was our competitors and partners, and we have worked very hard to find a solution which offered the least disruption possible.”

Aprilia reacts to doping ban on Iannone, appeal will be made against it 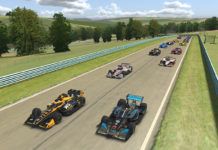 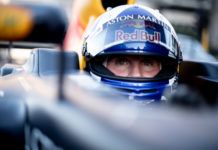