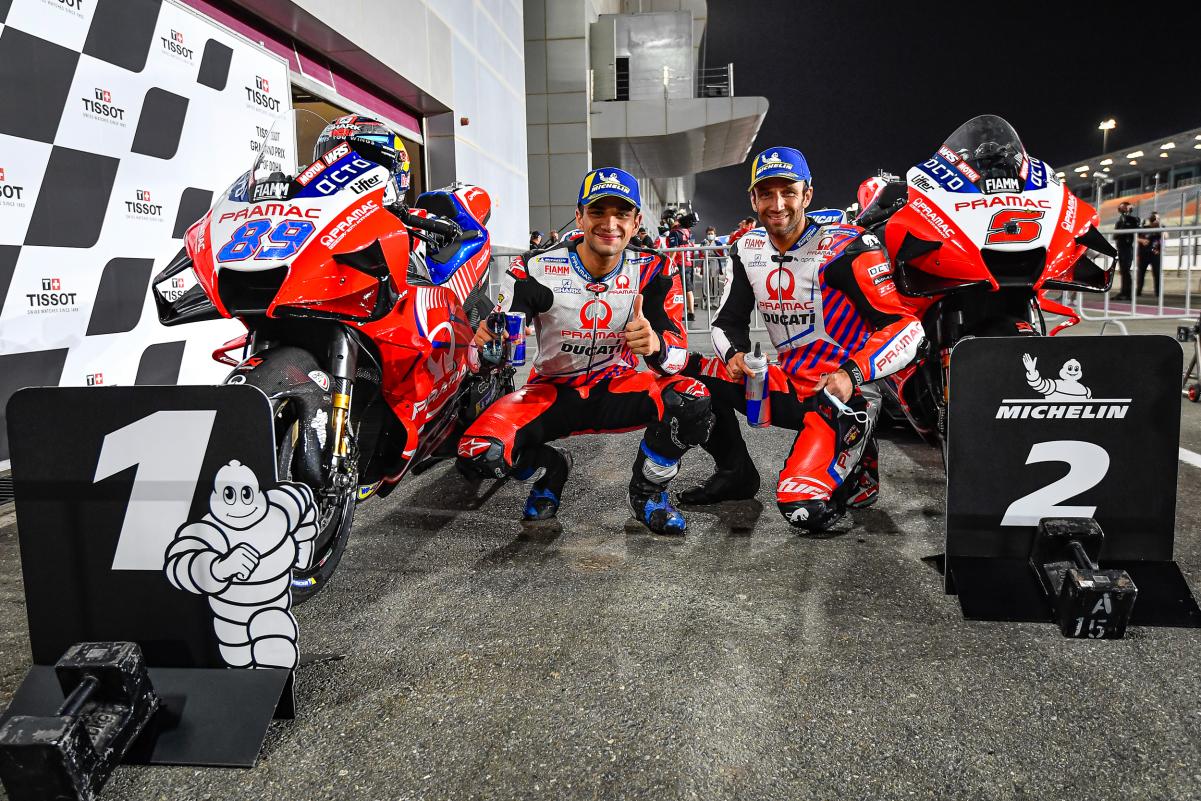 Pramac Racing announced the retention of Johann Zarco and Jorge Martin for the 2022 MotoGP season, retaining the same line-up.

After the confirmation of Jack Miller at the factory Ducati team, Pramac has confirmed the retention of both Zarco and Martin for the 2022 MotoGP season, keeping the same line-up for another year. The duo will get to ride the 2022 Desmosedici GP, as well.

Both Zarco and Martin joined Pramac this year as teammates, with the latter graduating from Moto2. The former has put himself in the 2021 MotoGP title contention, with three podiums to be second to Fabio Quartararo with 81 points.

Martin, meanwhile, started off well to register his maiden MotoGP podium, but had a heavy crash in Portugal, which ruled him out of four rounds. The Spaniard is making a return this weekend in the Catalan GP at his home race in Barcelona.

Pramac boss Paolo Campinoti, said: “We are very satisfied to be able to continue on this “project” with Johann and Jorge, two boys with whom we get along very well and with whom we are reaching excellent results. Both Ducati and ourselves firmly believe in their abilities; we couldn’t be happier.

At the same time, Ducari’s Paolo Ciabatti added: “Johann and Jorge this year have inserted themselves very well in the Pramac Racing team. For this reason, together with Paolo Campinoti and Francesco Guidotti, we have decided to proceed with them into 2022. We will put at the disposition of both, the official bikes for next season as well. We are certain that they will provide us with many satisfactions.”

Here’s news on Remy Gardner stepping up to MotoGP