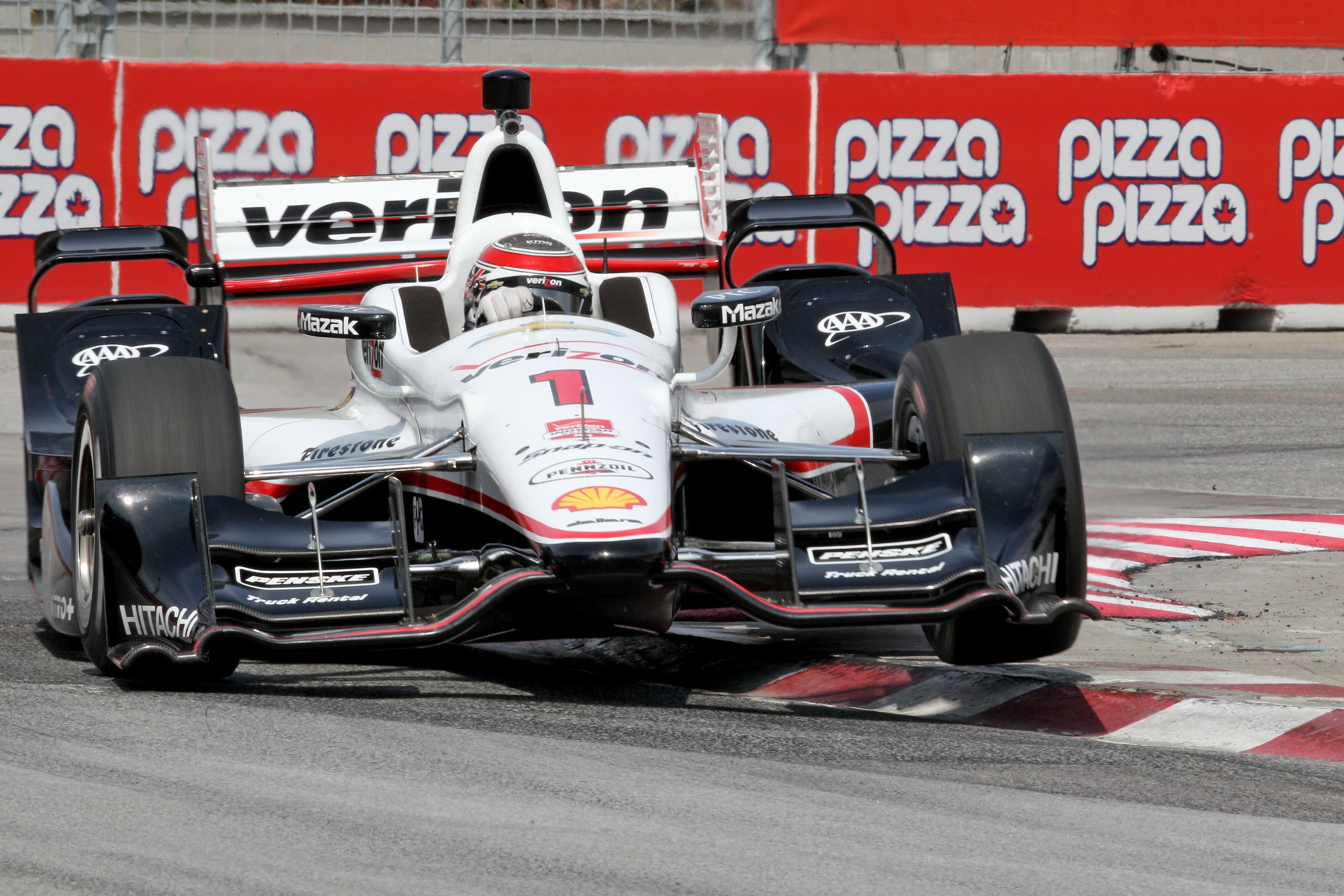 Will Power has achieved another pole position, this time in Toronto. The Team Penske as usual has returned to dominate the qualifying session.

The first time since two years ago the IndyCar does not have a double race in Toronto, leaving today Saturday in a simple classification for the race tomorrow.

A classification system following the Indycar groups. Group A, Group B, Top 12 and the final Fast 6.

Group 1 has a known leadership, the leadership of the drivers of Penske Team. Worse has had it the winner of Race 1 in Detroit, Carlos Muñoz (Andretti Autosport) that braking left badly damaged his tires. And going to the limit, Connor Daly (Peterson Schmidt Motorsports), the substitute of Hinchcliffe almost hits the wall in Turn 1.

Finally they could not move the Top 12: Muñoz, Kimball, Saavedra (who had gotten his way to the Top12 but due to standing on the track his best time has been annulled), Daly and Vautier.

In group 2, the Ganassi car has marked the leadership. In a session that had a red flag because of a clash of Rodolfo Gonzalez (Dale Coyne Racing) into the wall at Turn 1, in the absence of 2 minutes left it would not be resumed. Leaving out: Hawksowrth, Hunte-Reay, Andretti, Coletti, Chaves and Gonzalez.

The Top 12 has already been more matched, Pagenaud As in group 1 was who has led the session in the first minutes, but recently, the fight was very even with differences of less than one second.

Chevrolet has managed to move in mass to the Fast 6 where 3 Penske were included, Bourdais, Dixon and Filippi. The Italian got through to the final round for the first time since he is competing in the IndyCar, the same for his new team CFH Racing.

Fast 6 was a face to face between the three Penske who have managed to lower the minute around. It seemed that the pole was going to Montoya or Pagenaud, but the king of street circuits, Will Power was getting another pole position ahead of Pagenaud, Montoya, Dixon, Bourdais and Filippi.