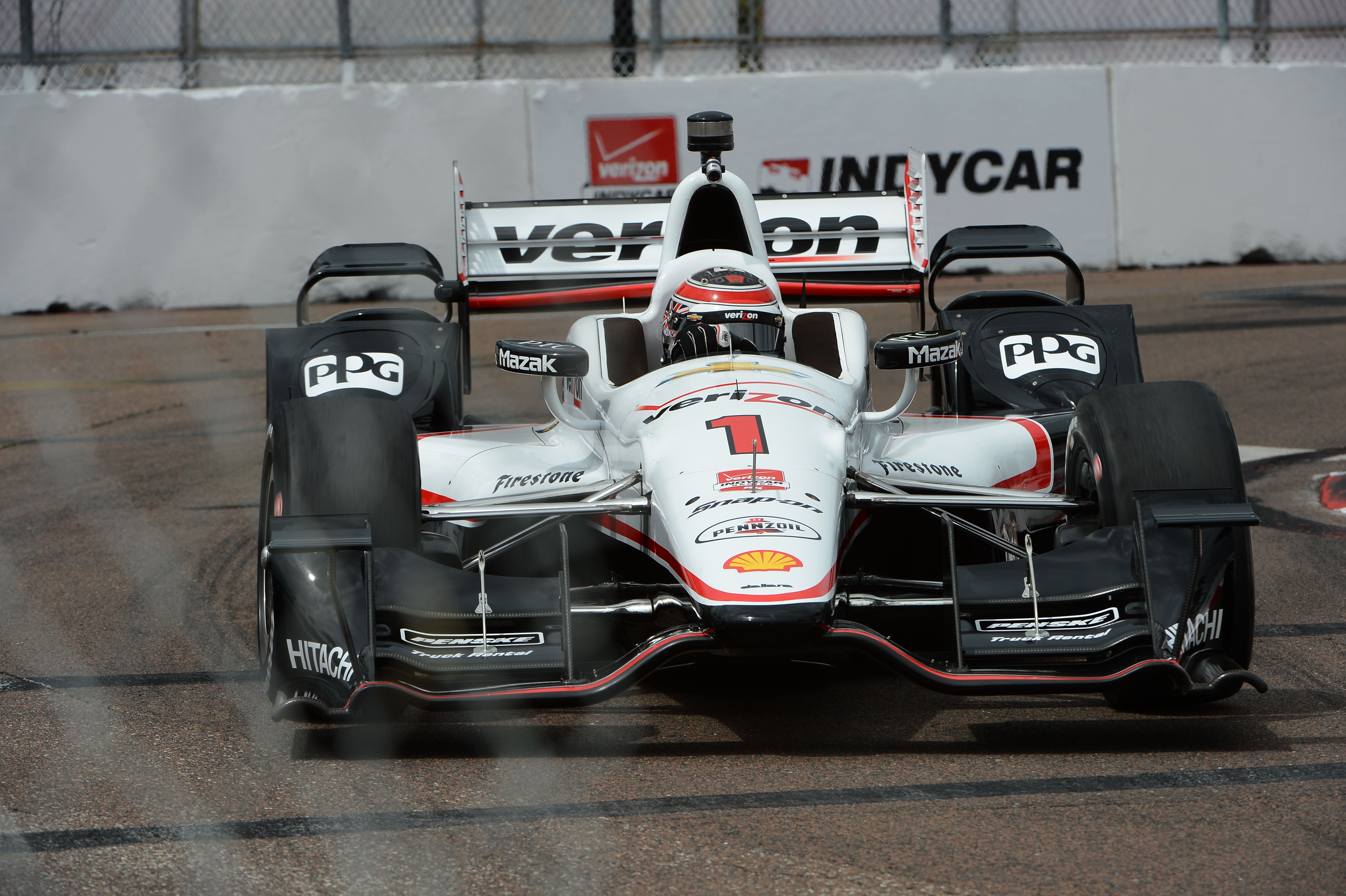 Will Power got the first pole position of the Verizon IndyCar Series season at the Saint Petersburg street circuit, in Florida. The reigning series champion led the Top 4 achieved by his team and obtained the circuit lap time record. Sato was the best Honda on 5th.

The first qualifying session of the IndyCar season started with the usual 2 groups system, where the 6 fastest cars on each group enter the top 12 who fight to get into the final fight for pole position in the Fast 6. It was the first time the drivers used the soft compounds, which added some mystery to the possible potential of the cars.

The first group included Hunter-Reay, Kanaan, Filippi, Kimball, Dracone, de Silvestro, Rahal, Sato, Coletti, Pagenaud, Hawksworth and Newgarden. Halfway through the session, Simona de Silvestro (Andretti Autosport) went off track in turn 4 but could easily make it back to the track. Finally, after a constant improvement on the drivers’ times, very close to the record circuit, the drivers who didn’t make it into the Top 12 were Kimball, Rahal—who made contact with the wall in his last lap—, Coletti, Filippi, Hawksworth and Dracone.

It was then the turn for group 2, with Power, Montoya, Castroneves, Hinchcliffe, Jakes, Karam, Dixon, Bourdais, Huertas, Andretti and Chaves fighting to be in the top 12. The Chevrolets have been much faster than the Honda with Will Power (Team Penske) obtaining the circuit record with a 1:00.8344. The eliminated drivers were Muñoz, Hinchcliffe, Karam, Jakes, Chaves and Huertas.

In the second round with the 12 fastest drivers, Scott Dixon and Tony Kanaan (Chip Ganassi Racing) have bothered each other on a crucial moment, which has compromised their final round chances. Power improved once again his lap and, thus, the circuit record with a 1:00.6509. Kanaan, Hunter-Reay, Dixon, Newgarden, de Silvestro and Andretti were left out of the fight for pole position, which would include only Takuma Sato (A. J. Foyt Enterprises) and Sébastien Bourdais (KV Racing Technology) against the four Penskes.

In the Firestone Fast Six, Hélio Castroneves (Team Penske) chose a different strategy by going out on the soft tyre while the others stayed in the box. 4 minutes before the end, the drivers went out for a single run. In the last minute, Power and Montoya (Team Penske) ended Castroneves’ lead and later on Pagenaud (Team Penske) would go ahead of them. After the checkered flag, Power had time to complete another lap which would allow him to be on pole position, just as last year in the first race.

It’s been a complete domination by Penske, with Sato as the best Honda on 5th. The Japanese team still needs to improve a lot more.