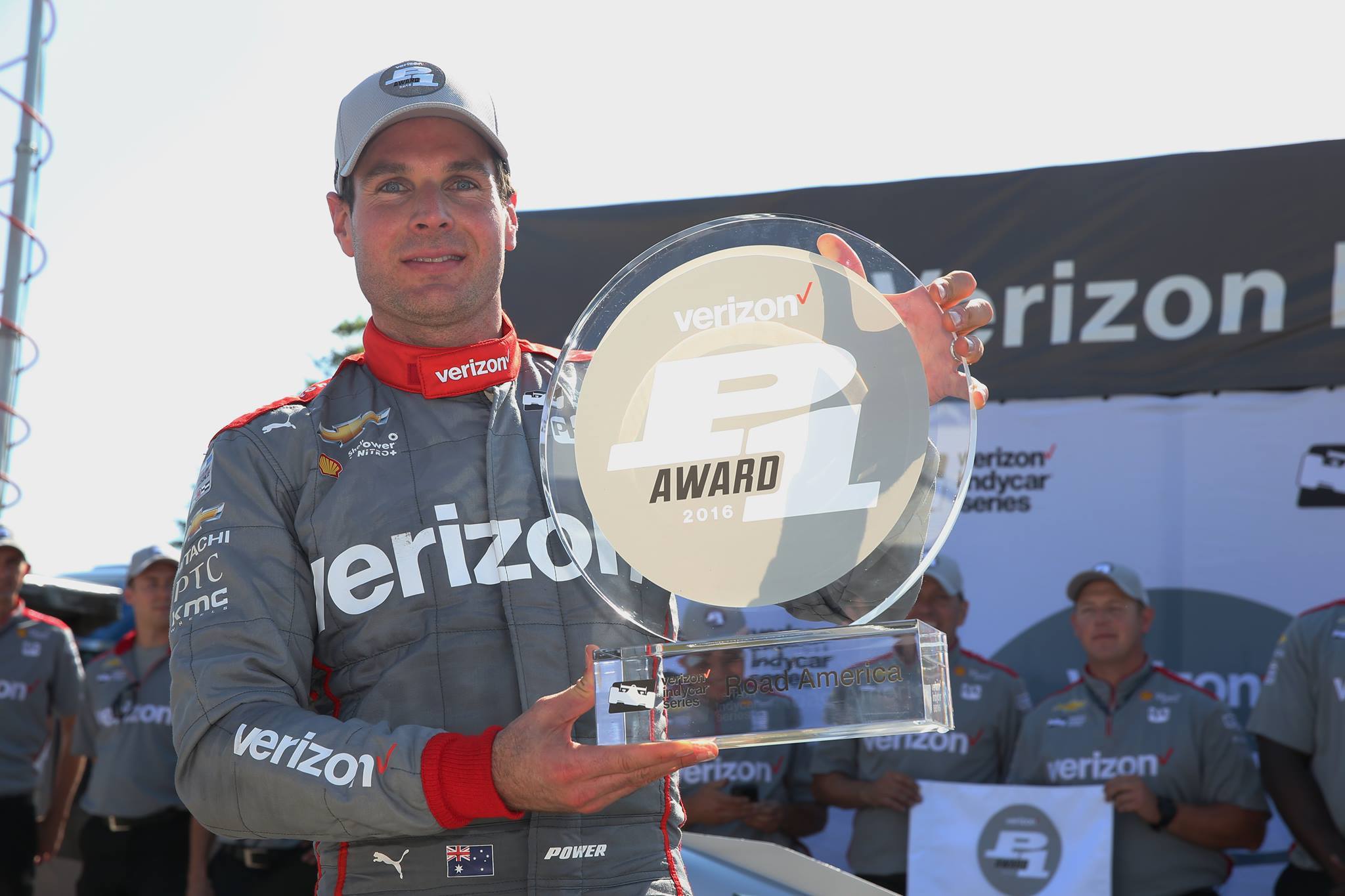 Will Power has qualified on Pole for the KOHLER Grand Prix as the Verizon IndyCar Series make its return Road America. The driver of the No. 12 Team Penske Chevrolet set a time of 1:42.2105 in the Firestone Fast Six to claim the pole by 0.1654 seconds to Scott Dixon of Chip Ganassi Racing.

Dixon’s Ganassi teammate Tony Kanaan qualified in third place, 0.5174 seconds behind the polesitter Power. Alongside Kanaan in the second row will start the series points leader Simon Pagenaud who lost 0.6468 seconds to his Penske teammate Power.

Helio Castroneves of Penske qualified in fifth place, completing the top five for Chevrolet-powered cars. The quickest driver of a Honda-powered car was Graham Rahal of Rahal Letterman Lanigan Racing in sixth place. Rahal was the only driver to use the harder tires in the Firestone Fast Six, losing over 1.5 seconds to the polesitter Power.

The rookie driver Max Chilton has been having a good weekend at Road America. Although the Ganassi driver didn’t make the Firestone Fast Six, the seventh place was the best qualifying result of his rookie season.

Josef Newgarden suffered a fractured clavicle and small fracture in his right hand two weeks ago at Texas Motor Speedway, yet he is able to make a return at Road America without missing a race. The Ed Carpenter Racing driver will start the race in 20th place following a spin in Round 1 and losing his best two lap times for bringing out the red flag.

The red flag brought out by Newgarden also denied some drivers their last attempts to make it past the Round 1. Most notably Juan Pablo Montoya of Penske will start the race in 14th place, having missed the Round 2 by 0.0985 seconds.