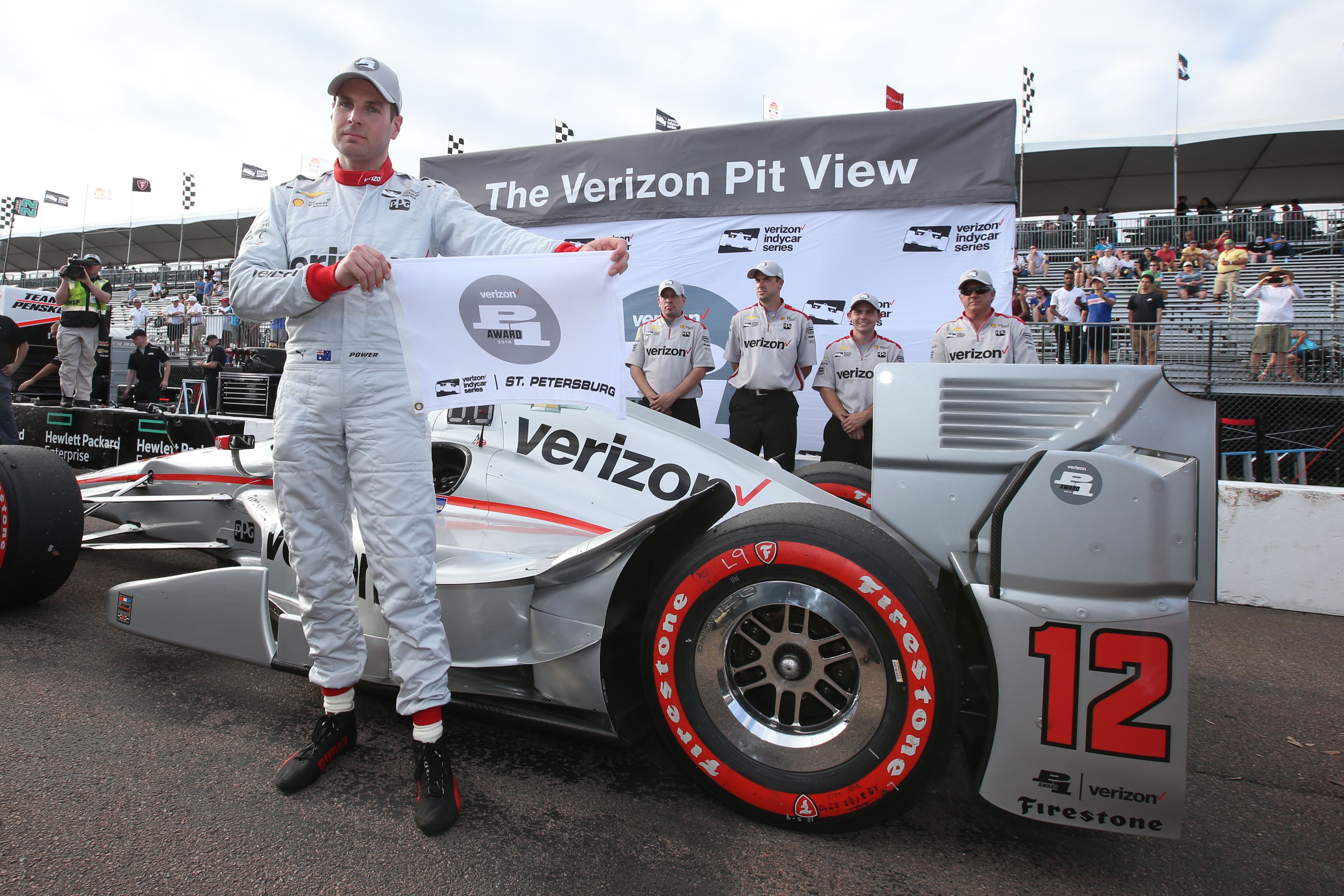 Verizon IndyCar Series qualifying is typically a hard-fought battle, but for one name, it was a record-breaking effort that landed him the Verizon P1 Award for the Firestone Grand Prix of St. Petersburg.

One segment later, Power went a half-second quicker, topping Segment 2 at 1:00.0658 heading into the Firestone Fast Six. All six of the drivers advancing to the Firestone Fast Six beat Power’s Segment 1 time, and all three of Power’s Team Penske teammates (Juan Pablo Montoya, Helio Castroneves, Simon Pagenaud) joined him in the final segment. Also advancing were series champions Scott Dixon (No. 9 Target Chip Ganassi Racing Chevrolet) and Ryan Hunter-Reay (No. 28 DHL Andretti Autosport Honda), setting up a juggernaut lineup for the final round.

Most drivers waited several minutes into the Fast Six before taking to the track, but when they did, the four-minute flurry ended with four teammates at the top of the charts. For the sixth time in his career, Will Power will sit on pole for the Firestone Grand Prix of St. Petersburg with a Firestone Fast Six lap of 1:00.2450. Following him were the No. 22 Hewlett Packard Enterprise Chevrolet of Simon Pagenaud, the No. 3 Hitachi Chevrolet of Helio Castroneves and the No. 2 Verizon Chevrolet of Juan Pablo Montoya, setting up a 1-2-3-4 start from Team Penske for the second straight year at St. Petersburg. Scott Dixon rounded out the top 5, followed by Ryan Hunter-Reay on the outside of row 3.

The opening race of the Verizon IndyCar Series season gets underway Sunday afternoon on the streets of St. Petersburg. Coverage of the Firestone Grand Prix of St. Petersburg begins at 12:30 p.m. ET on ABC and the Advance Auto Parts INDYCAR Radio Network, as the 22-car field tackles the 1.8-mile street circuit in anger for the first time in 2016.