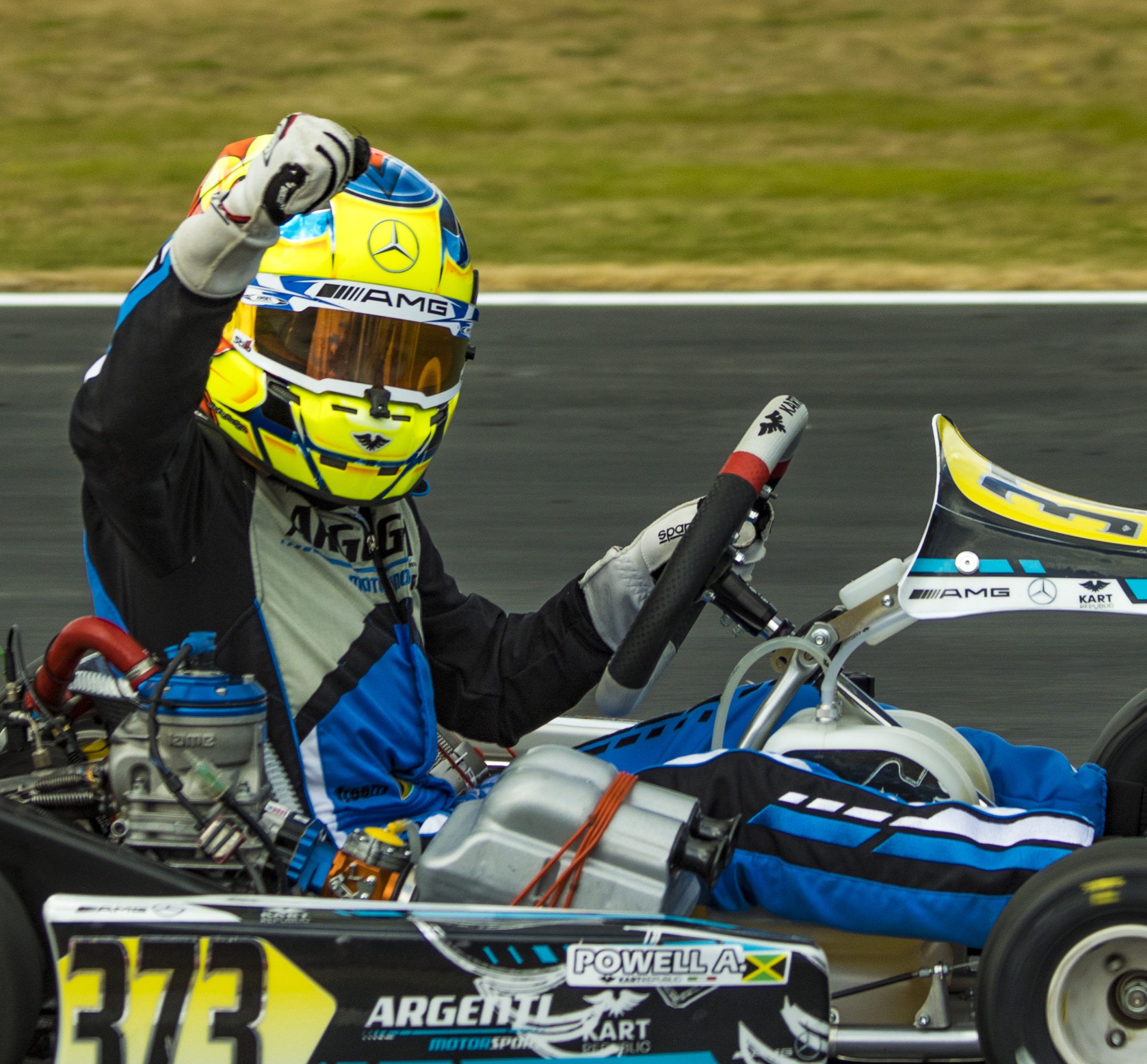 The second WSK Super Master Series at La Conca saw a resurfaced track that provided a large amount of grip. The impressive chicane saw some racers catch some air even, and provided very intense racing.

Even though the KZ-2 class didn’t race this weekend, more than 170 drivers from 44 different nations took on the Italian track. The missing class will be back for the next race in Sarno, the 28th of March, and will be at Lonato as well for the final round of the Championship.

Lindblad wins the race, but doesn’t lead the Champioship.

British driver Arvid Lindblad set the fastest time on Saturday, so his win was a safe bet. Come the final, there was several drivers on the lead, initially being Andrea Kimi Antonelli (KR Motorsport/KR-Iame) who started in front of the grid. Classification leader and teammate Rafael Camara (KR Motorsport/KR-Iame) overtook Antonelli for the lead, but he wouldn’t be in first place until the end. KR Motorsport driver Arvid Lindblad overtook Camara and kept his lead until the checkered flag. Camara finished in second, what was a relief for his Championship campaign. Now, the Brazilian is still on the lead with 164 points, followed by race winner Lindblad with 136. Third position went to Tymotheus Kucharczyk (BirelART Racing/RK-TM Racing) and Joseph Turney (Tony Kart Racing/Tony Kart-Vortex) was right at the gates of a podium in P4. Once pole sitter Antonelli finished in fifth. The top 10 were completed by Spina, Taponen, Malek, Zhivnov and Bertuca.

Powell wins in OKJ and snatches the lead.

Jamaican Alex Powell (KR Motorsport/KR-Iame) imposed himself on the final and lead all laps, proving that P2 in the first race on Saturday was the exception. Singapore’s Akshay Bohra, who was the fastest on Saturday, had to settle for second, but he can leave La Conca knowing he’s just three points behind second on the Championship Al Dhaheri, who didn’t make it to the end after an incident on Prefinal A.

Brazilian Matheus Ferreira finished on the last step of the podium for KR Motorsport, followed by Russian Tigran Bunatyan (Team Komarov/Tony Kart-TM Racing) and compatriot Miguel Costa (Sauber/KR-Iame) in P5. The rest of the top 10 were Dedecker, Gubenko, Eyckmans, Deligny and Popov.

Costoya wins in MINI for the lead.

A lot of lead changes in the smallest class brought a dramatic end to the weekend, where Christian Costoya (Parolin Motorsport/Parolin-TM Racing) snatched the race win from teammate Matias Orjuela by just 0.009s after a hard-fought battle on track. The Spaniard is now leading the Championship ahead of Rene Lammers (Baby Race/Parolin-Iame), who couldn’t replicate his results at Adria and finished in fifth. Ahead of Lammers, Russian Gerasim Skulanov (CRG Racing Team/CRG-TM Racing) finished 3rd, followed by his compatriot Vladimir Ivannikov (Drago Corse/Parolin-TM Racing). The top 10 was completed by Sauber, Olivieri, Przyrowsky, Tarnvanichkul and Schaufler.

The following rounds of the WSK Super Master Series are: