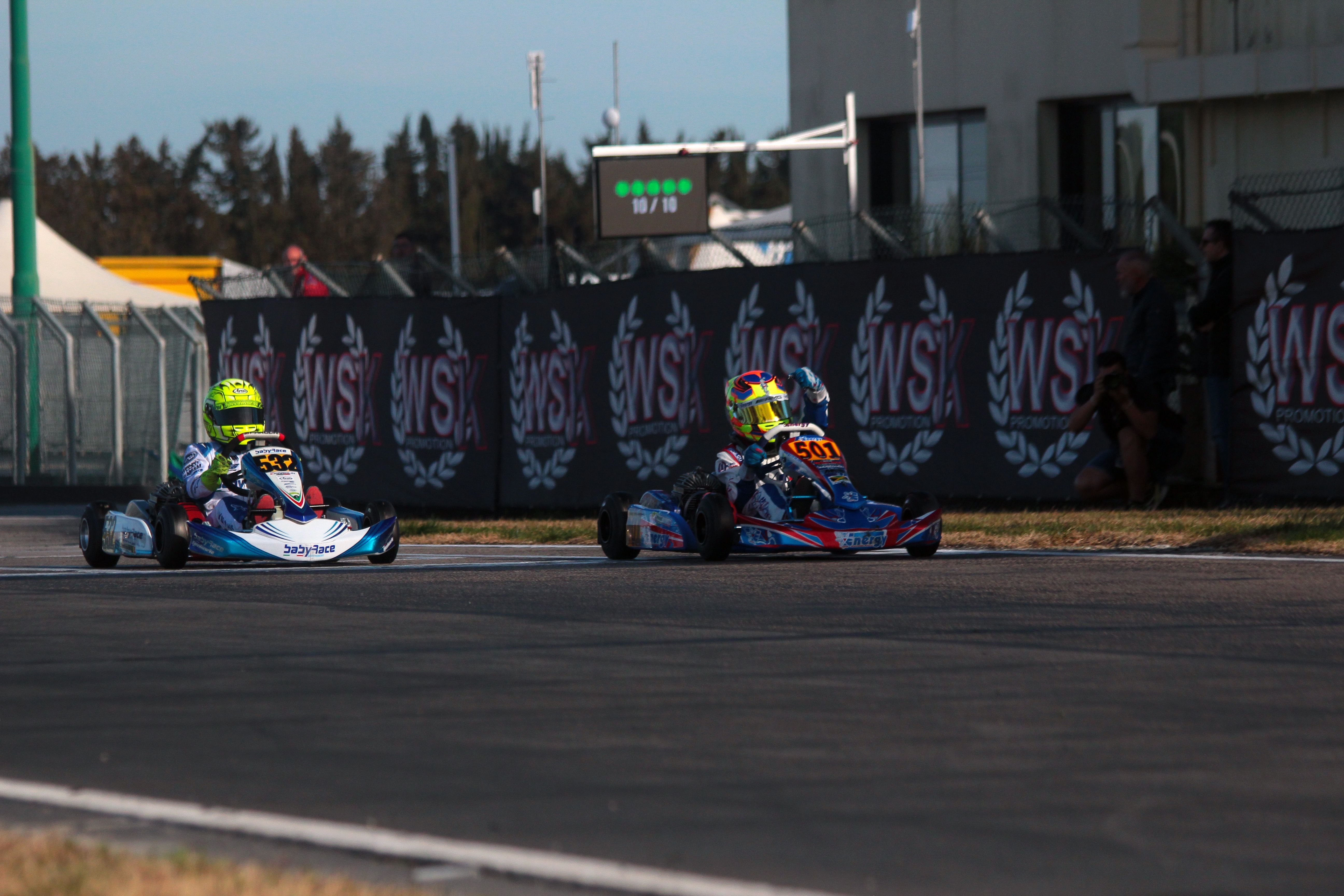 Alex Powell won the final of the third round of the WSK Super Master Series in the International La Conca, Muro Leccese circuit in Italy. Eyckman and Irfan have completed the podium.

The British driver in a matter of two laps managed to overcome both Maksimilian Popov and Ean Eyckmans to take the lead of the race. Wh

The next round and behind the championship will be played at the International Circuit of Naples in Sarno on March 21-24.

ile Josh Irfan was back, just behind him he was followed by Alex Powell who along with Ean Eyckmans would leap to the head in front of the race with Josh Irfan remaining in a solid third position until the end of the race.

In front of Alex Powell, a young Mercedes-AMG driver, would overcome Ean Eyckmans in the absence of 4 laps. Both pilots would escape and fight you for victory. In a photo-finish finale, Alex Powell won the victory for 0.058 seconds on Belgian.

Although there was no Spanish participation in the Mini category, Oleksander Bondarev (Tony Kart / TM Racing / Vega) of the Gamoto team, resident in Madrid, managed to take on the ninth position of the final after a comeback of 9 positions.