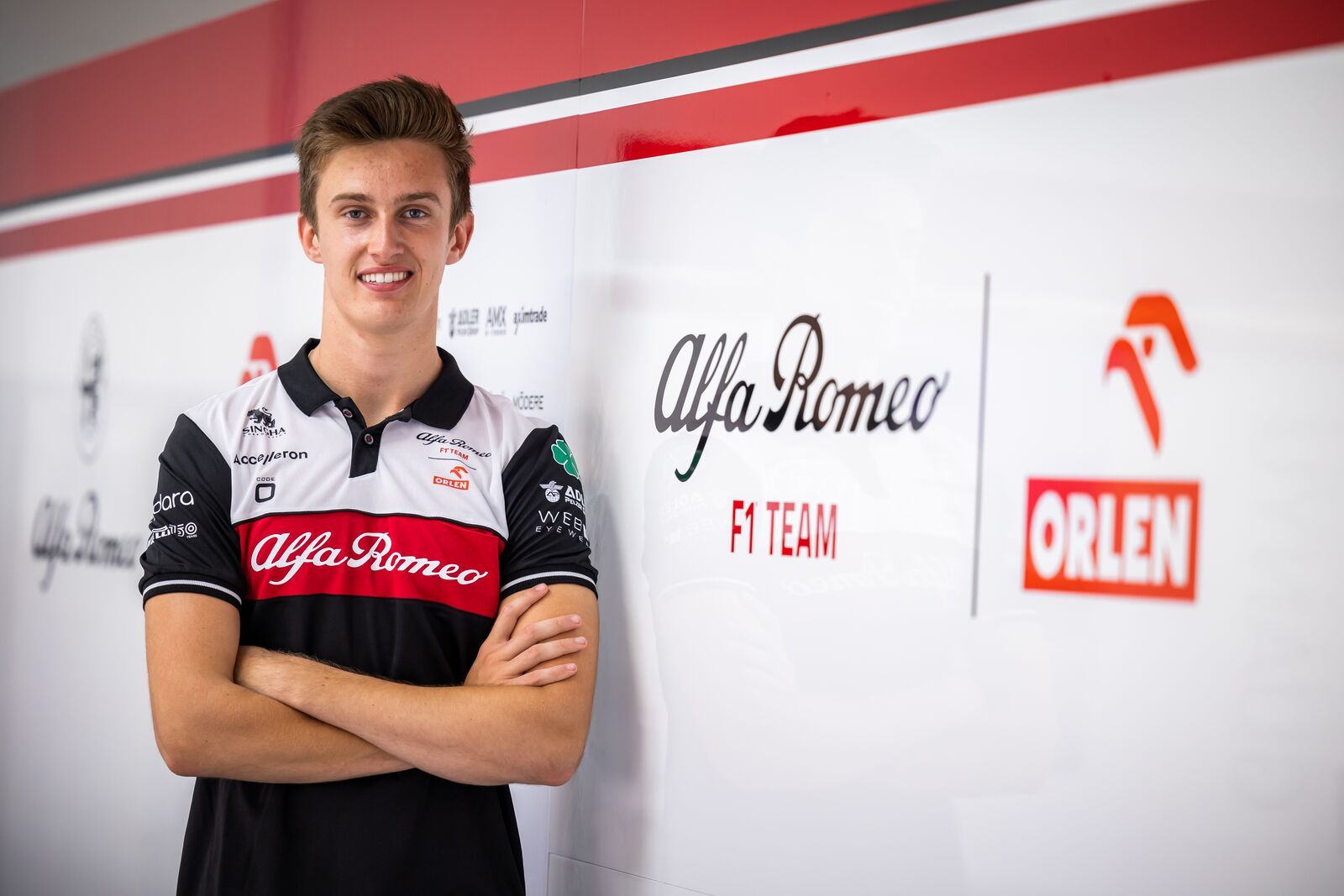 F2 racer Theo Pourchaire will get his maiden FP1 outing during F1 US GP weekend as part of the FIA regulation regarding young drivers.

Having run Robert Kubica in other FP1 sessions as part of his reserve deal, Alfa Romeo is finally using up the FIA mandated young driver quota in the upcoming US GP, where they will run Sauber Academy driver Pourchaire in the C42 machine during a F1 weekend.

The F2 racer has had the chance to drive for Alfa Romeo in other sessions but this will be his first time during a F1 weekend in FP1. Pourchaire will take up Valtteri Bottas’ seat in the session as he looks to gain further experience in the car.

Alfa Romeo also confirmed that Pourchaire will remain with the team in 2023 where he will be one of the reserve drivers. It is yet to be seen if he continues to race in F2 next year after losing out on the title this year to Felipe Drugovich.

“I am thrilled to be making my Free Practice debut in Austin; it will be my second time behind the wheel of a Formula One car, but in some ways, it will feel like it’s the first time, as this time it will be during an official Grand Prix session,” said Pourchaire.

“It feels like a dream coming true, and I want to thank Alfa Romeo F1 Team ORLEN for putting their trust in me and granting me this amazing opportunity: I am looking forward to being on track, and I will make sure to get the most out of it and to do my best to support the team as they prepare for the United States Grand Prix.”

Team boss Frederic Vasseur noted: “Théo has been delivering great performances over the course of this season, as well as during the previous years: we have been working closely with him for almost four years now, as a member of our Academy, and we have been impressed by his constant progress and development as a driver first and, equally importantly, as a person.

“We are delighted to give him his first Free Practice outing next week: it’s a well-deserved opportunity, and I’m confident he will once again impress us with his performances, as he will help the team gather valuable data ahead of the United States Grand Prix.”

At the same time, Beat Zehnder added: “Ever since he joined the Sauber Academy back in 2019, Théo has shown impressive progress. He has been a title winner in 2019 and a contender in 2020 in F3; in F2, particularly this season, he’s given his all and was in the battle for the title for most of the championship.

“He is, without any doubt, one of the most promising young drivers coming through the ranks, and it’s a pleasure for us to finally see him stepping up and earning his first Formula One Free Practice outing. From the very beginning he impressed us with his professional approach and dedication to always give his very best on- and off-track, and we can’t wait to see him further unlocking his potential on track.”