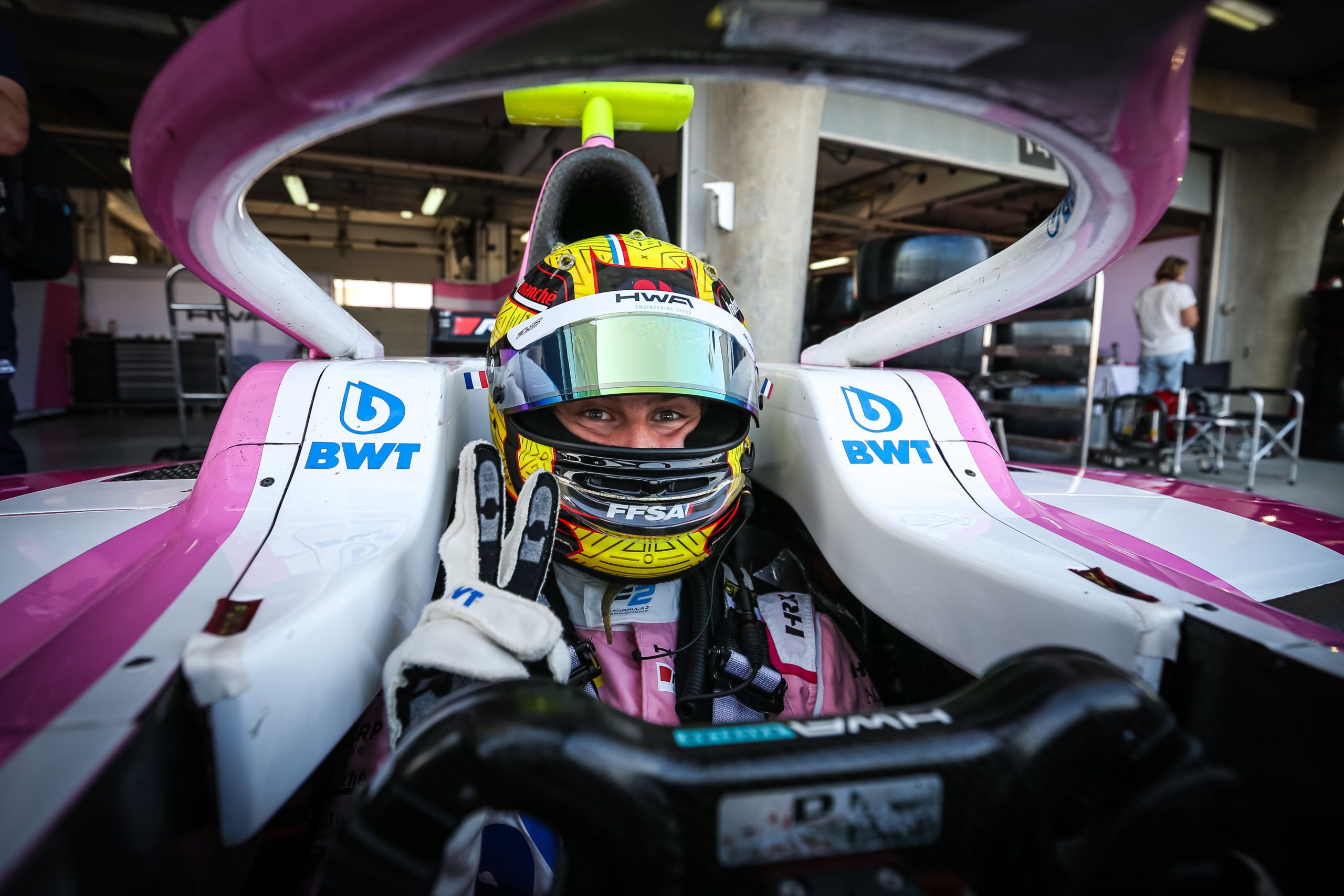 Theo Pourchaire is confident of success in F2 in 2021, as Lirim Zendeli talks about his move, F3 season plus F1 links and more.

Having ended up second in his rookie F3 season with ART Grand Prix, Pourchaire made his F2 debut in the same year with HWA Racelab in a bid for a full season in 2021. His seat, though, isn’t confirmed as yet, but the French racer is more or less set to race full-time.

He tested with ART alongside Christian Lundgaard in Bahrain and feels confident about success in F2 already. “It is true that I felt good in those two rounds I raced,” said Pourchaire in an interview to AutoHebdo. “I expected it to be harder in the field in F2 with more experienced drivers. But these fights really became one of my strengths.

“I managed to get the upper hand over pilots who have a lot more bottles. Afterwards, we had a lot of trouble with the degradation of the tyres with HWA, which cost me a lot of places. Behind, I did the end of season tests with ART and I immediately felt the difference. Compared to Lundgaard who did an entire season in F2, I still miss a bit on one lap.

“Let’s say I have a hard time putting it all together without making a mistake. But it is better that it be like that, that I learn from him and that we make the team progress together. In race simulation, we were fast compared to the others and I was very good compared to Lundgaard.

“Now all that remains is to wait for the tests at the start of the season and especially the first race. It will be the moment of the verdict. I am confident for the next year,” summed up Pourchaire, as ART is yet to confirm either of its 2021 F2 season’s drivers.

Sticking with the F3 to F2 move, Pourchaire’s rival, Zendeli, has confirmed his graduation with MP Motorsport, after finishing eighth in the former with Trident. The German could have done another year in the series but felt, it is better to use the money elsewhere.

Considering that he was able to win and finish on the podium, he felt, it is better for him to invest in F2 for multiple seasons, especially when it is hard to secure a budget. Speaking to AMuS, Zendeli spoke about his F3 season and the budget differences plus F2 and F1.

When asked about his year in F3, he stated: “Not dissatisfied, but not super happy either. The season actually got off to a good start, but then we got stuck in the middle. We did too much on the car and never really found the perfect balance. In theory, what the engineer suggested sounded good. You can’t blame him for that.

“But in practice it didn’t work. Maybe I should have relied more on my feelings and insisted on a setup that I personally like more than just listening to the theory. Unfortunately, we came a little too late to make that decision. Only the last three weekends went really well again. We were a little lacking in racing speed. We did well in qualifying, and in the end we even set the standard.

“I was in the front row four times in nine qualifications, three of them at the end of the season. There is such a statistic. All training and qualification laps combined, I’m the fastest of the whole field and my team-mate Beckmann is in second place. In terms of racing pace, we were on average only 6th and 10th. Prema and ART were one step ahead of us. They could go just as fast as we did, but simply over a longer distance,” summed up Zendeli, who then talked about budget troubles.

He is one of the drivers on the F2 grid with no F1 association and doesn’t seem like will have one either. Zendeli hasn’t thought much about it but noted his frustration to see some juniors, who haven’t proved themselves as much but are part of an academy.

“I never thought about it that much,” said Zendeli. “It is of course frustrating when people who have absolutely no idea where the accelerator pedal and brake are, are allowed to drive Formula 1 tests. It’s part of the motorsport world. You have to come to terms with that. That motivates me even more to step on the gas and to show that those who deserve it should rise and not those who just have to reach into their pockets.

“In my situation, a junior association  would of course be extremely helpful because it would take away the tension of finding money. But it works without it. I don’t even think that you can drive more relaxed when you’re in a program like this. You can be in there today and out tomorrow. You can only have a clear head if you are blessed with a lot of money,” summed up Zendeli.

Here’s Artem Markelov on possibly not racing in 2021