F1 has confirmed Portugal as the third race of the 2021 season, as Bahrain has kick-start ticket sale but with several conditions.

The confirmation of Portugal hosting the third race of 2021 F1 season has come for the April 30 – May 2 weekend, with the Algarve circuit returning to the calendar much like Imola. The decision on spectators being allowed will be taken at a later stage.

“We are thrilled to announce that Formula 1 will be racing again in Portimao after the huge success of the race last year,” said Stefano Domenicali. “We want to thank the promoter and the Portuguese Government for their hard work and dedication in getting us to this point.

“We are confident and excited about our 2021 season, having shown last year that we could deliver 17 races safely and bring our millions of fans thrilling racing at a difficult time. We hope to welcome fans to Portimao again this season in a safe way and are working with the promoter on the details of that plan.”

At the same time, Rita Marques, Portugal’s Secretary of State of Tourism, added: “Holding major events in our country is very important for the image and international promotion of Portugal as a tourist destination, and so it is with great interest that we see the return of Formula 1 to the Algarve in 2021.

“I want to thank the FIA and F1 for its confidence in Portugal, the Algarve and the Algarve International Racetrack by choosing our country to host a stage of the F1 calendar, and to express our full commitment to make it a big success.”

From the three opening races of 2021 F1 season so far, only Bahrain has opened up the track for fans, but it comes with a caveat. The organisers will only allow people who have vaccinated themselves and also who have recovered from COVID-19.

Fans will have to show that two weeks have passed since the second dose of their vaccine in case of vaccinated people and a similar period for those who have recovered – in the latter, it will taken as two weeks since the date of infection.

Further details along with Q&A FAQ can be found here: https://www.bahraingp.com/formula-1/latest/ 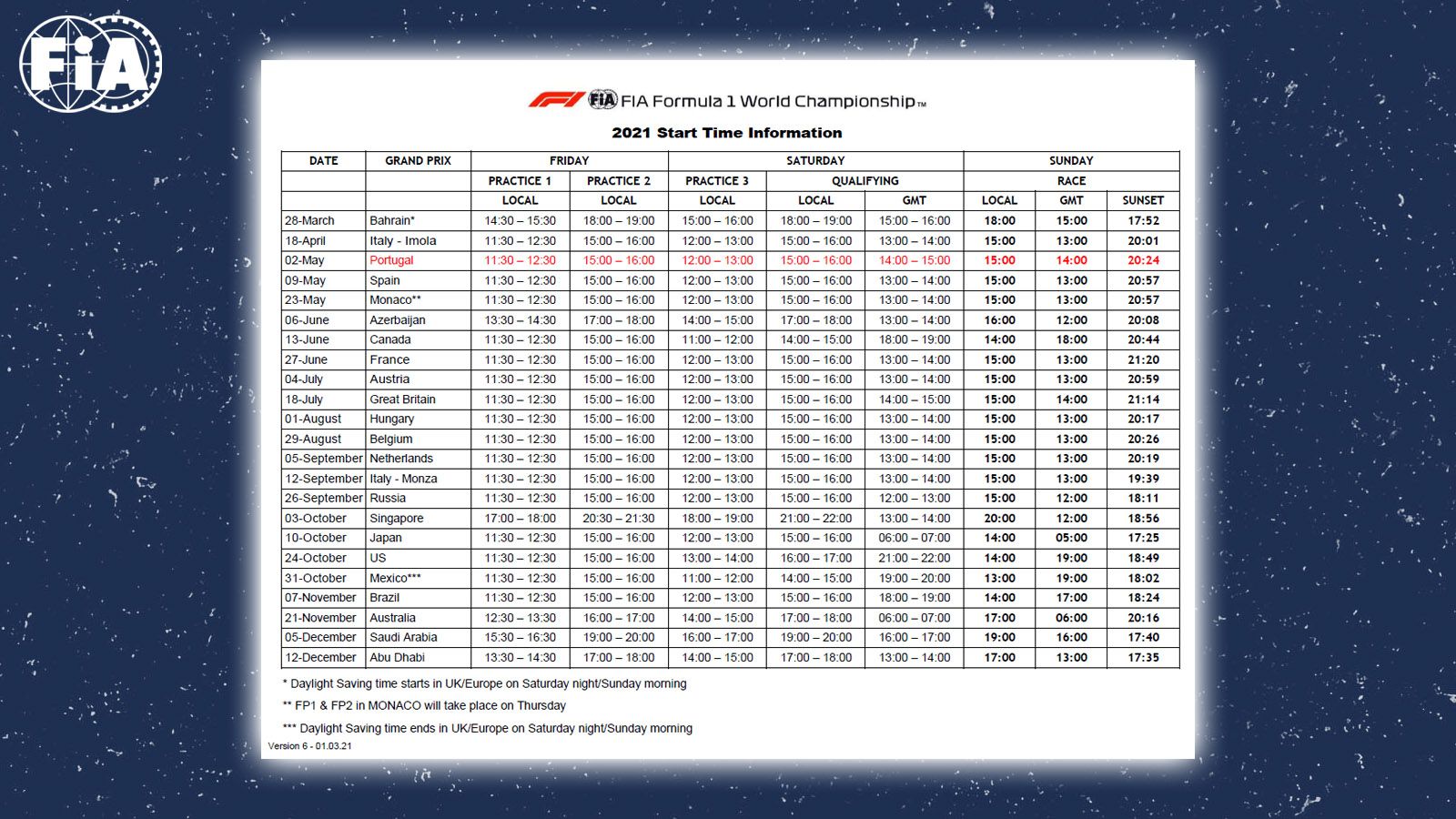 Here’s news on F1 signing up with Ferrari Trento