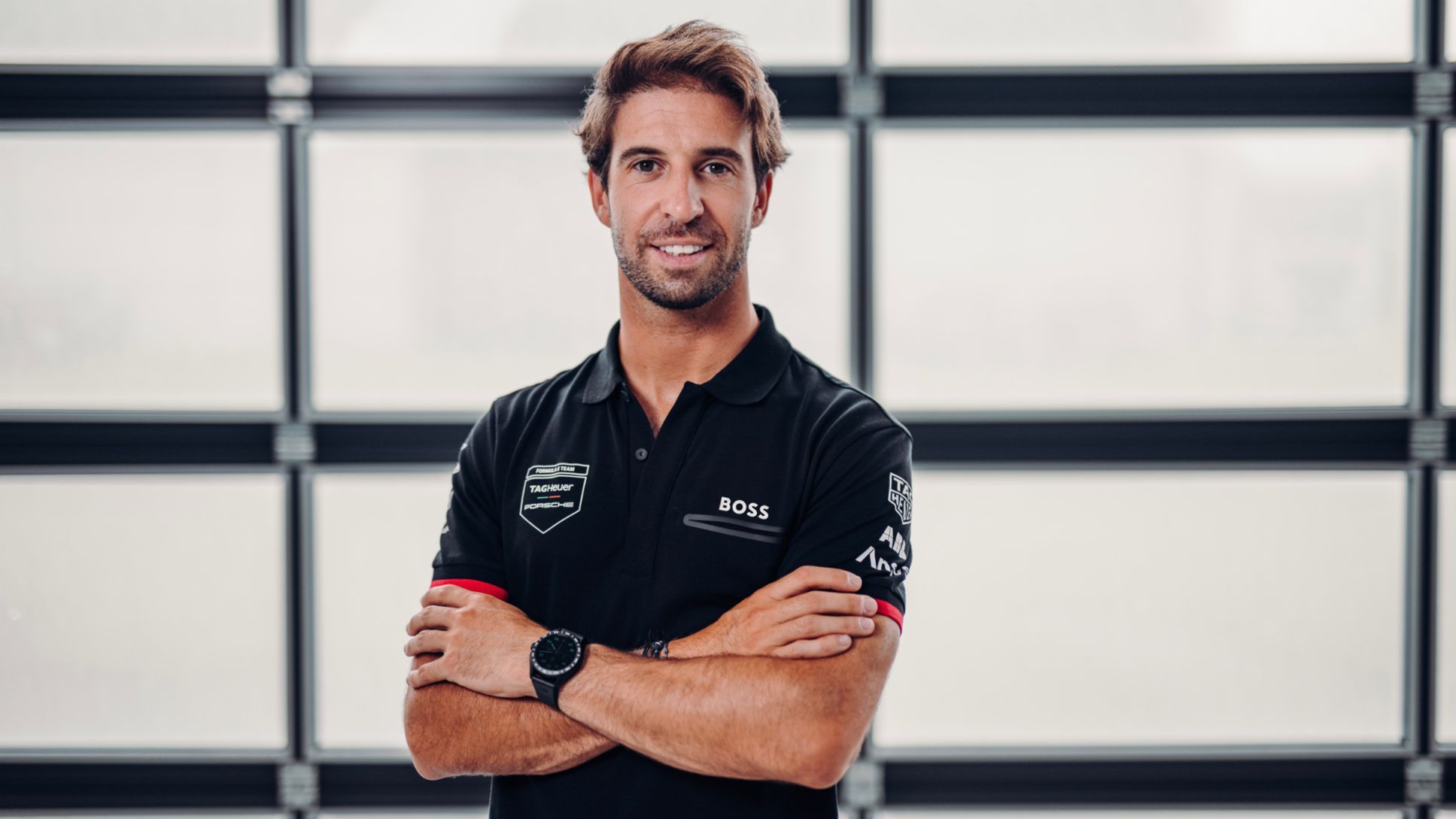 A prominent new team member joins Porsche in Formula E: Antonio Felix da Costa reinforces the TAG Heuer Porsche Formula E Team as the new works driver and joins forces with Pascal Wehrlein (GER) as the driver pairing for season 9 of the ABB FIA Formula E World Championship. The 30-year-old from Portugal contests his first race for Porsche on 14 January 2023 at the Mexico City E-Prix, where the Gen3 racing cars will herald a new era for Formula E.

Antonio Felix da Costa has been involved in Formula E since day one, when the world’s first electric racing series wrote a new chapter in motor racing history in 2014. In the 2019/2020 season, he took home the championship title. So far in his Formula E career, he has contested 96 races with seven victories, 16 podium finishes and eight pole positions. The passionate surfer, who lives close to the ocean in Cascais near Lisbon, has also secured many accolades in other racing series. He won the legendary Macau Grand Prix in 2012 and 2016, and in 2022, the ex-Formula 1 test driver for Red Bull Racing clinched a class win at the 24 Hours of Le Mans.

“I’m delighted that Antonio is coming on board. He has an incredible skill set as a racing driver and has demonstrated many times that he’s a winner, not only in Formula E,” says Thomas Laudenbach, Vice President Porsche Motorsport. “We hold him in high regard as a driver and on his own merits as a person. He’s a positive guy who is a great fit for us and the Porsche Motorsport family. I’m confident that we’ll fight for victories and titles together for years to come.”

“It’s like a dream come true. I’m really looking forward to cracking on and winning races for this team,” says Antonio Felix da Costa, who speaks five languages and is a self-proclaimed “motorsport junkie”. “I’ve been beaten by a Porsche many times in my career, and not only in Formula E, so I know that Porsche does everything to win. It’s in the brand’s DNA. I share the same ambition and can hardly wait to bond with the team and work together to ensure a successful start to the Gen3 era.”

“We’re very much looking forward to working with Antonio,” says Florian Modlinger, Director Factory Motorsport Formula E. “I know him from various racing series and I have a lot of respect for him on a personal level. It’s incredible what he has already achieved in Formula E. We’ll do our utmost to give him a competitive Gen3 car so that he can fight for wins and titles. The team is very much looking forward to welcoming him.”