Porsche has seemingly filed for a trademark named as ‘F1nally’ in Germany amid reports of them joining the F1 grid.

As the reports of Porsche joining the F1 grid has kicked-off in the last few months in partnership with Red Bull, the news has been given a kick with a document from German Patent and Trade Mark Office which shows a trademark filling.

Porsche has seemingly filed a trademark for ‘F1nally’ on August 10 which has been firmed on August 15 as per the document. It is a step towards their apparent confirmation to join the F1 grid in partnership with Red Bull under 2026 engine regulation.

Recent weeks has shown documents talking about reaching a deal, but so far none of the parties have confirmed anything. Christian Horner was open to talk about Porsche in Hungary where he discussed some important bits on the topic.

Honda Racing Corporation recently announced an extension of its current F1 deal with Red Bull until the 2025 season. Beyond that, Porsche is expected to take up its space with not only the senior team, but also sister concern AlphaTauri.

As of now, Porsche is not the only one to enter F1, there are speculation about Audi also joining the grid in partnership with another team on the grid making it two Volkswagen Group entrants at one go and as competitors of each other. 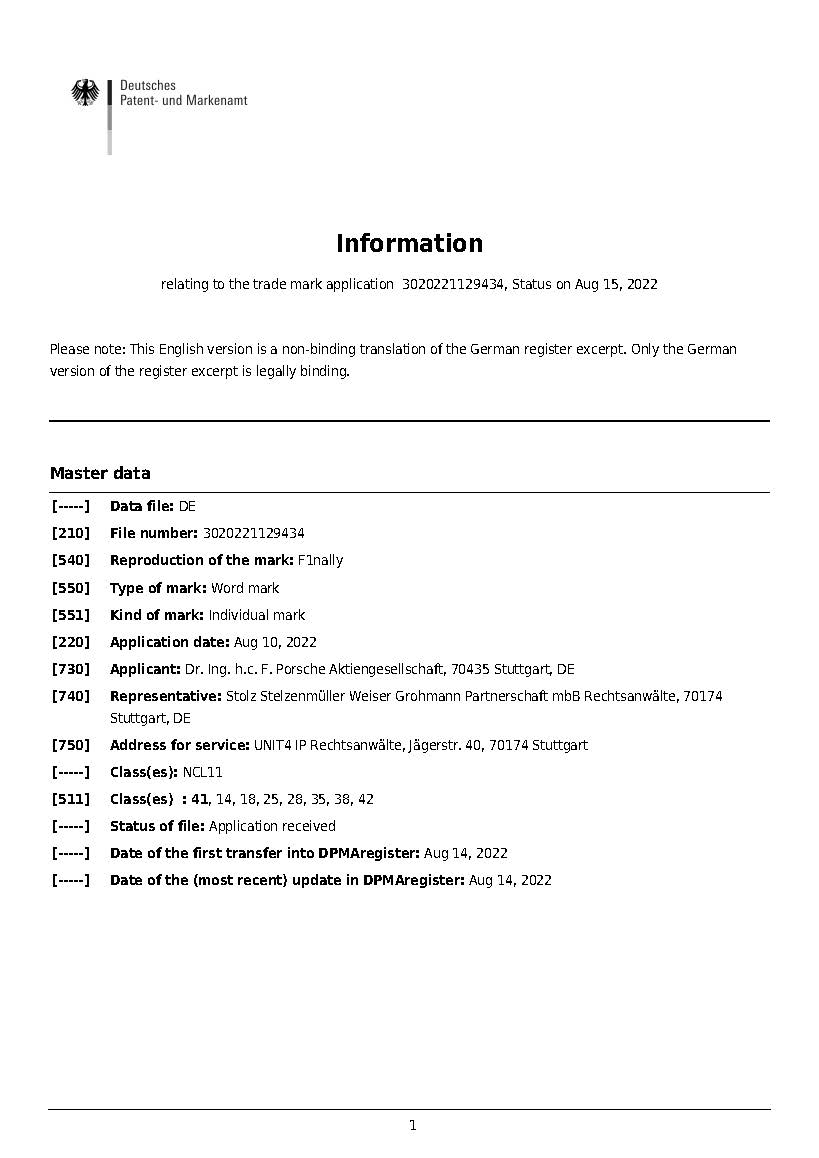 Here’s Max Verstappen confident about title chances but cautious too