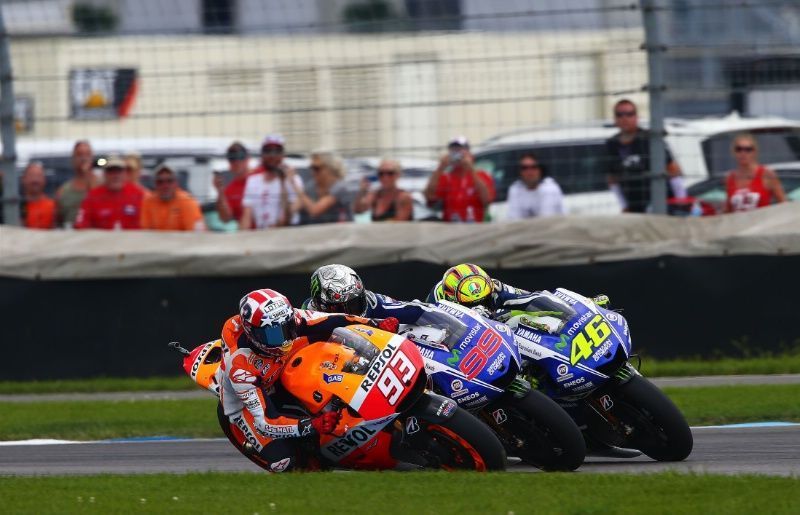 After Petrucci was the first rider to set a time below 1:57.000, Critchlow and Pol Espargaró were the only ones able to make it through Q2. Aleix Espargaró couldn’t put a good lap together and wasn’t able to make it. In Q2, Loorenzo set a 1:54.9 which was the circuit record and gave him pole position. 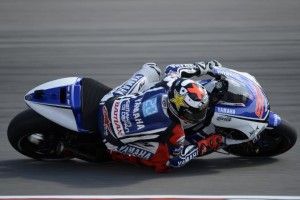 Marc Márquez tried to fight for pole but he was unable to follow Lorenzo’s pace and  finished  0,070s behind. The leader of the championship, Valentino Rossi, did a very good lap at the end which put him on 3rd ahead of Andrea Iannone. Pol Espargaró finished 8th ahead of Pedrosa and Cal Crutchlow was 10th. Héctor Barberá was the first Open for the ninth time this season, he was 11th today.

This is pole position number 58 for Lorenzo, who equals Mick Doohan and has only Valentino Rossi ahead with 61.