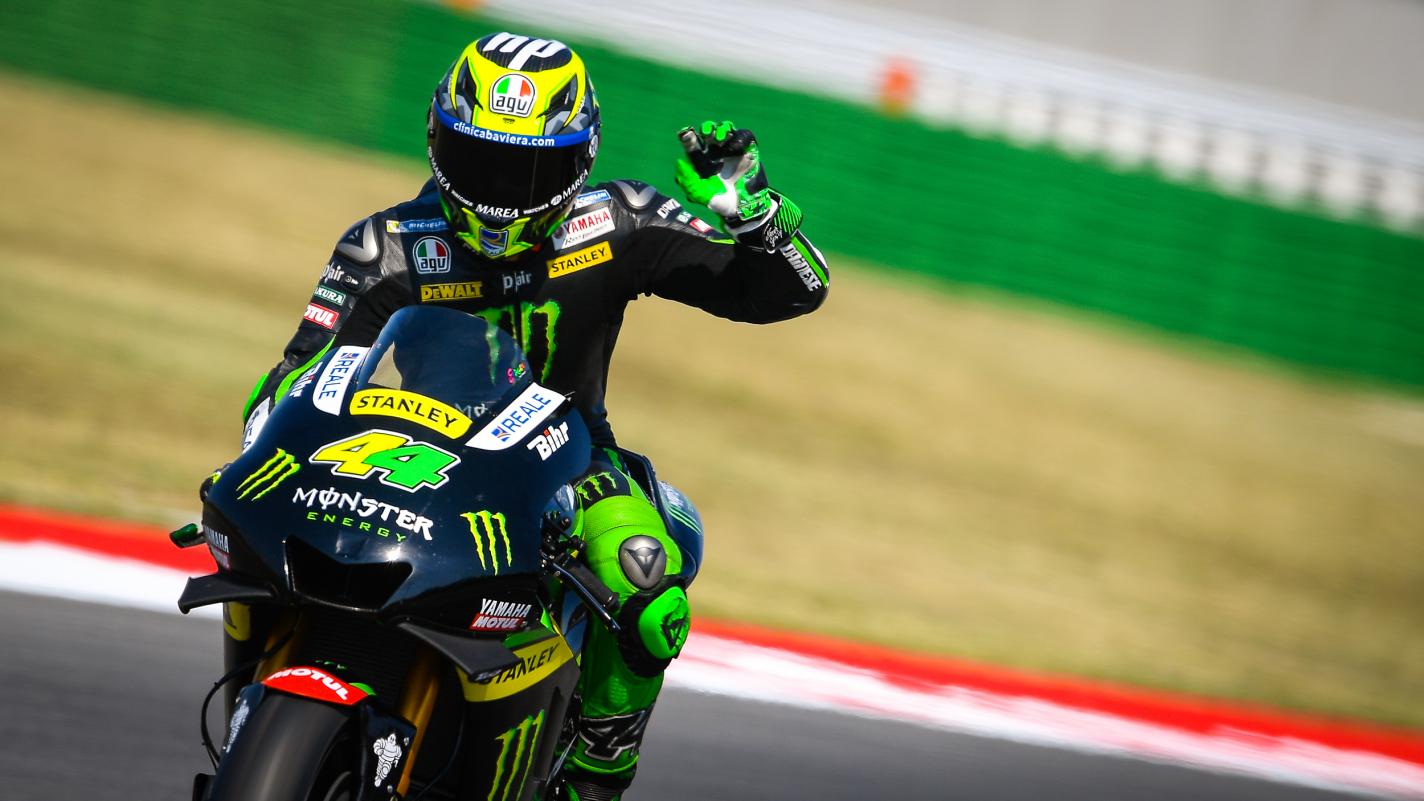 After Movistar Yamaha MotoGP home hero Valentino Rossi went fastest in FP1 at Misano World Circuit Marco Simoncelli, his teammate and arch-rival Jorge Lorenzo struck back in the afternoon to initially top FP2 – before Monster Yamaha Tech 3 rider Pol Espargaro made good on his great form from FP1 to take the top spot. Repsol Honda Team rider Dani Pedrosa was finally second quickest, ahead of home hero Andrea Dovizioso (Ducati Team) – who took over as the fastest Italian on Day 1.

Espargaro, who had a big crash at the start of the British GP that saw him forced to pass a medical on Thursday ahead of the Gran Premio TIM di San Marino e della Riviera di Rimini, showed incredible pace during the first session of the day, before pushing himself even further up to take the top spot in FP2 and prove fastest on Friday.

3-time world champion Dani Pedrosa got back to his front-running best at Misano World Circuit Marco Simoncelli, as he narrowly missed the top to end the second session and day in P2. Pedrosa, a former winner at the track, was the fastest Honda on Day 1 as teammate and points leader Marc Marquez ended Friday in P5.

Andrea Dovizioso was third fastest as the Ducati rider put in a last dash for the top, with red sectors but ultimately not quite hitting the top. ‘DesmoDovi’, who twisted his knee in a crash in a private Ducati test at Misano before the British GP, looked on good form and leads the Borgo Panigale factory’s charge at another home venue, as teammate Andrea Iannone missed FP2 and underwent Medical Examination after a fast lowside crash in FP1. Austrian GP first-time winner Iannone will be assessed once more on Saturday morning, with the Italian initially returning to the box before undergoing further examination at the mythical manufacturer’s second home race of the year.

Reigning champion Jorge Lorenzo (Movistar Yamaha MotoGP) was fourth fastest after topping the session for a time, as the 5-time world champion gets back on soil that has seen him enjoy incredible success. Lorenzo’s race rhythm was consistent as is often the case, as the ‘Spartan’ just beat teammate Valentino Rossi in the combined times on Friday as the morning’s fastest rider ended the day P6.

Cal Crutchlow (LCR Honda) suffered a lowside in FP2 and ended th day in P7, ahead of Octo Pramac Yakhnich rider and compatriot Scott Redding. Hector Barbera (Avintia Racing) was ninth, ahead of Silverstone winner Maverick Viñales (Team Suzuki Ecstar), who had a more difficult afternoon to round out the top ten.

One on-track incident of note saw Aleix Espargaro and Rossi get close in the final corner, with the Italian making sure Espargaro had a clear idea of his opinion on the incident.