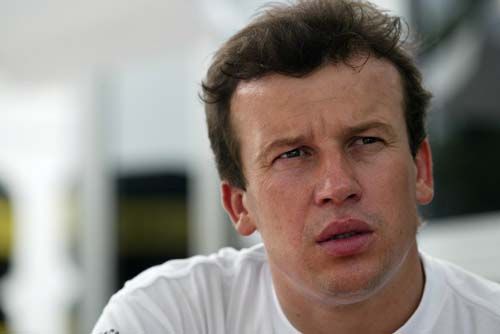 Olivier Panis features on F1 Beyond The Grid podcast, where he talks about Monaco GP win, broken leg, relation with Alain Prost, time at BAR and more.

To open the latest installment of F1 Beyond the Grid podcast, Panis discussed his debut season in Formula 1 with Ligier, before elaborating on his relationship with then-team owner Flavio Briatore, who signed him to a long-term deal.

Discussing his most famous result with the French outfit at the 1996 Monaco GP, Panis told the story of his win from his perspective, and explained the significance of his victory. He also revealed that he faced the possibility of running out of fuel in the race, and slowed to avoid running out – confident that he could hold back any pursuers.

Panis went on to explain that his particular taste for street courses and racing in wet conditions gave him an upper hand in 1996, which he continued to discuss in even greater detail. After explaining the impact of his win on his life thereafter, the Frenchman spoke on Alain Prost purchasing Ligier – news that, he says, was positively received by the team.

Panis called Prost’s 1997 car “unbelievable,” and said that its consistent ability to put him on the podium could have resulted in even greater success that year, had it not been for his broken leg at the Canadian GP that year.

Asked by host Tom Clarkson about the crash, Panis explained that a rear wishbone failure sent him flying into the tyre barrier. The 54-year-old says he feared greater injury to his nervous system after the crash, and immediately moved around the cockpit to feel his body and assess the extent of his injuries.

After this, Panis confessed that poor performances for Prost in 1998 and 1999 put a strain on his relationship with his fellow countryman and team owner Alain Prost, who he says needed more experience to lead a team.

Asked what he thought the greatest difference was between Prost and McLaren at the time of his test with the British outfit in 2000, Panis answered that technical prowess was the greatest distinguishing factor. The Frenchman said he was confident he could have won in that McLaren – something which he told team boss Ron Dennis.

Panis told the remarkable story of how he turned down an offer from Williams that same year, choosing instead to take the test at McLaren – something which provided him the chance to showcase his talents.

After discussing his years at BAR, Panis was asked about the talent of Jacques Villeneuve, who was “very fast” but exceedingly specific about his set up choices according to the Frenchman, who left for Toyota in 2002.

Panis denied that BAR and Toyota had a similar feel, and theorized that the latter was still unsuccessful as a result of poor management at the highest level. After this, the podcast ended.

Here’s where you can listen the podcast (FOM has blocked from embedding): https://audioboom.com/posts/7869040-olivier-panis-on-his-crazy-monaco-win-25-years-on

Here’s last F1 Beyond The Grid podcast with Romain Grosjean