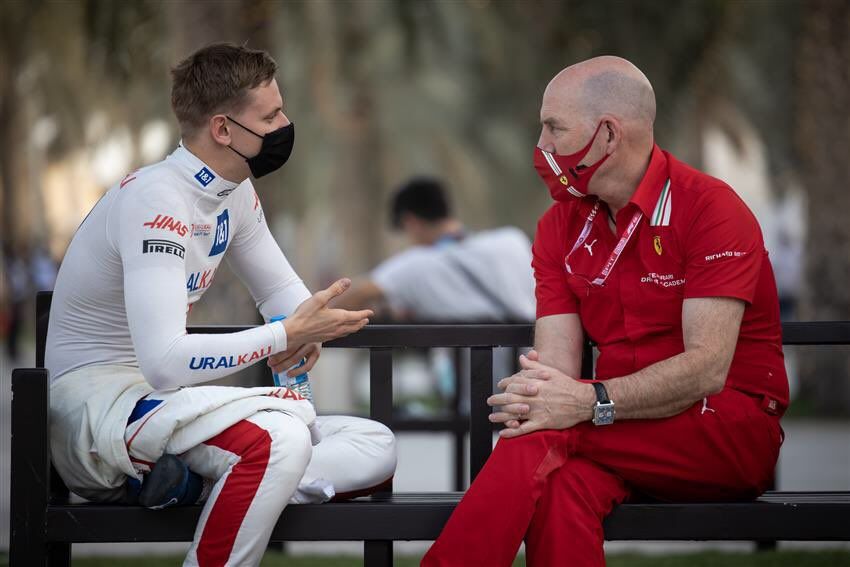 F1 Beyond The Grid podcast guest Jock Clear discusses how professional the sport has become over the years, as he adds about both Schumachers plus Charles Leclerc, BAR Honda, Brawn and Mercedes era along with Jacques Villeneuve, the move to Ferrari, 2022, and the other teams on the grid.

In the beginning of the Beyond the Grid podcast, Clear talks about the differences now as to when he started in F1, the level of professionalism, not just drivers but how teams operate.  He reckons it’s more professional simply due to how complex it’s become.

He continues talking about drivers and training regimes and how clued in they are to doing so. Also reckons that due to this, drivers have become more integrated within teams over the last number of years. Staying with fitness, Clear advised certain drivers took this to new levels – Michael Schumacher over Ayrton Senna, Alain Prost and Nigel Mansell as an example.  As a result all other drivers then needed to follow suit.

Also, he reckons the quick drivers from years past would still be quick today and would raise fitness levels to match. The F1 drivers back then would have the same determination now in 2021. Clear moves on to talk about 2021 drivers, particularly Charles Leclerc, who impresses with his astoundingly strong mental strength particularly joining Ferrari at such a young age.

He also noted Sebastian Vettel found it intimidating despite four WDC’s. Clear reckons, Leclerc is ready to take the title in 2022 should he have the car to do so. He continues to say he does not think Champions have a common trait apart from mental strength, but other inner skills make them great drivers. Non Champions have an amount of self-doubt which creeps in. Self confidence is definitely important.

Clear says Mick Schumacher reminds him tremendously of Michael. Many similar traits, too early to say if Mick will have the same career as Michael but thumbs up to his progress.  Reckons he will be good next year. His best trait being he only has to be told something once and gets the job done. He reckons the German enjoys people getting to know him as Mick but not son of Michael.

Moving ahead, he goes to say that at Mercedes, Michael did a far better job than people gave him credit for, even Mercedes themselves as Nico Rosberg was tremendously quick. He also said that Michael did a lot for the team in his three years at Mercedes. Talking about himself, he also stated that he swapped over to work with Michael as it wasn’t working out working with Rosberg.

They, however, never spoke about Jerez in 1997, adding it was enjoyable working with Michael. On leaving Mercedes mid 2015, he reckoned the team had not changed too much at all. Going back in time, he says the first few years with BAR then Honda were oddly enjoyable. After a great performance in 2004, they (Honda) went backwards, certainly in 2007 and 2008. In short, when Ross Brawn took over the core of the team did not change.

Adding more on Brawn, he says he instilled tremendous self-belief in the team in 2009. Alluding to 2009, he reckons despite working with Rubens Barrichello, Jenson Button was more ready despite missing the first Barcelona test. Quietly confident after looking at vehicle dynamics. He thinks the Brazilian got caught out just before Melbourne.

Talking more, he thinks Button was ahead of his time back in 2009 regarding training, but there was not much frustration with the Brit winning the championship and that he was pleased that Barrichello had a better second part of the season. Moving on, Clear talks about Jacques Villeneuve, the shootout with David Coulthard, where Bernie Ecclestone wanted the Canadian in F1.

In fact, Clear got on very well with Villeneuve. He heaps praise on the Williams team, where he also added on the Canadian’s quirky driving style, always wanting this and that.  He revealed how Villeneuve infuriated Patrick Head because of what he wanted. He noted that due to the Canadian’s throttle pedal desire was a reason he wasn’t good in wet weather.

Clear stated that entering the title decider in 1996, they felt they would not win the title that day. He also stated Villeneuve was always very honest and upfront. Talking of Jerez in 1997, he said he and the Canadian were not nervous on the day. He felt Villeneuve was not distracted mid 1997 because of his way of life. He reckons the Canadian had a tremendous amount of self-confidence.

Despite not being nervous in Jerez 97, they went through all scenarios for that day.  Also, felt Schumacher drive into him and when they collided, Williams were very calm on the pit-wall. Winning the title cemented his relationship with Villeneuve advising he was a man of high ethics. Clear also stated he went to BAR because it was a new team. He enjoyed working with the Canadian and loved his time at Williams also.

He says the move to Ferrari was because he achieved everything at Mercedes and its previous guises and that they were now the dominant team. Upon leaving Mercedes, he did say they will win for the next few years but did not predict the current dominance. A nothing to everything scenario, he stated that everything at Ferrari is very different.

He sums Ferrari up in one word: PASSION – different energy compared to British teams. He reckons 2022 is impossible to predict but his confidence is quite high due to the work they are doing right now. Where they are just now depends on what other teams are doing. He says there is really very little between the 10 teams and uses qualifying as an example.

Here’s Charles Leclerc on F1 Beyond The Grid podcast