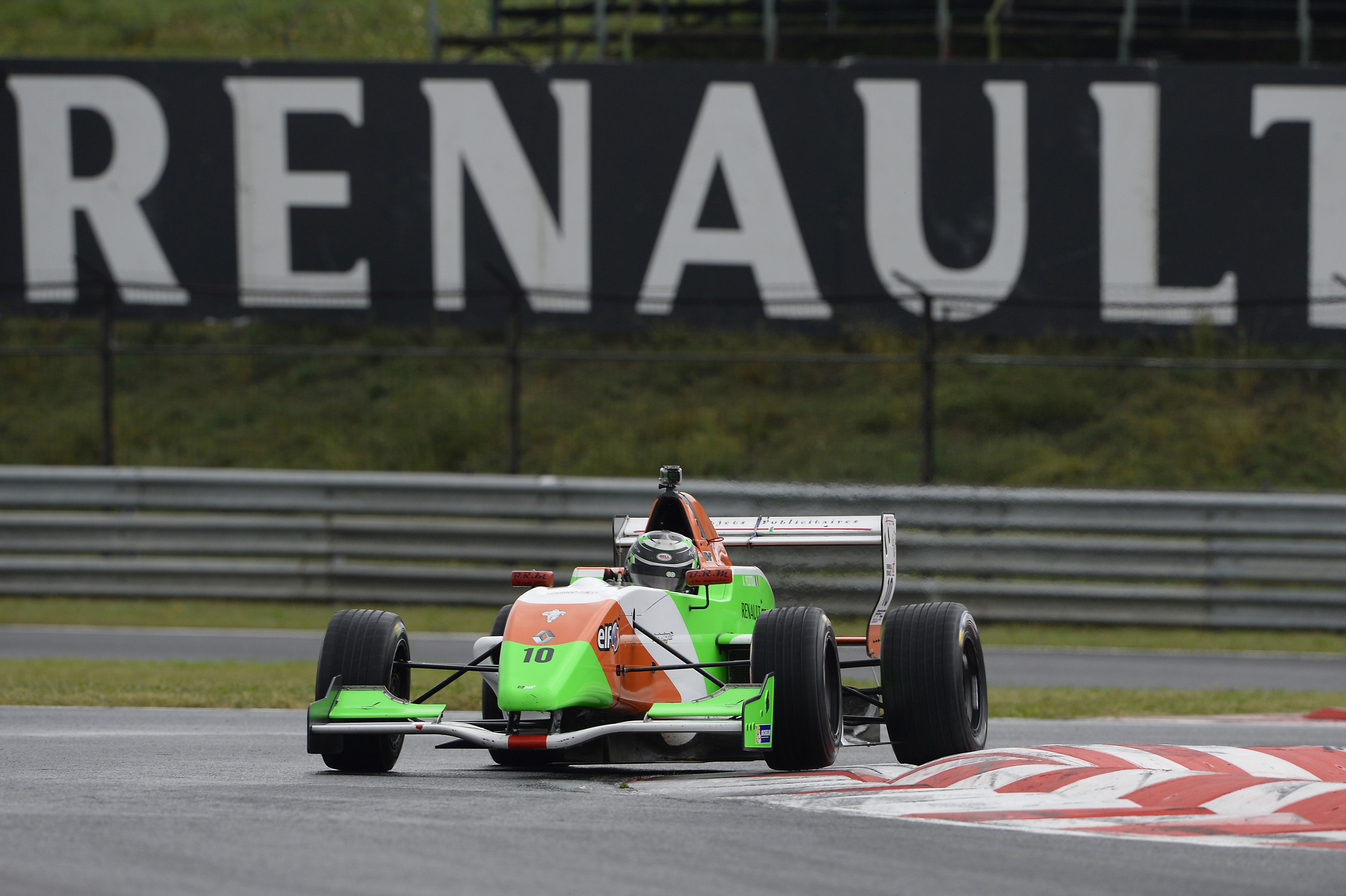 At the Hungaroring, Andrea Pizzitola (Manor Mp Motorsport) took his second victory of the season in the Eurocup Formula Renault 2.0. After claiming the pole, the Frenchman driver led from start-to-finish to thiumph ahead of wild-card, Charles Leclerc (Fortec Motorsports) who finished on the podium for the second time this year, and Nyck de Vries (Koiranen GP) championship leader. De Vries is now 44 points ahead of Dennis Olsen (Prema Powerteam) who finished ninth today.

Despite the attacks of his rivals, Andrea Pizzitola conserved his pole position advantage at the start. De Vries overtook Hans Villemi (Prema Powerteam) on the start as well.

De Vries extends his championship distance to 44 points ahead of Dennis Olsen. Thanks to today’s victory, Andrea Pizzitola is now third in the drivers’ championship.