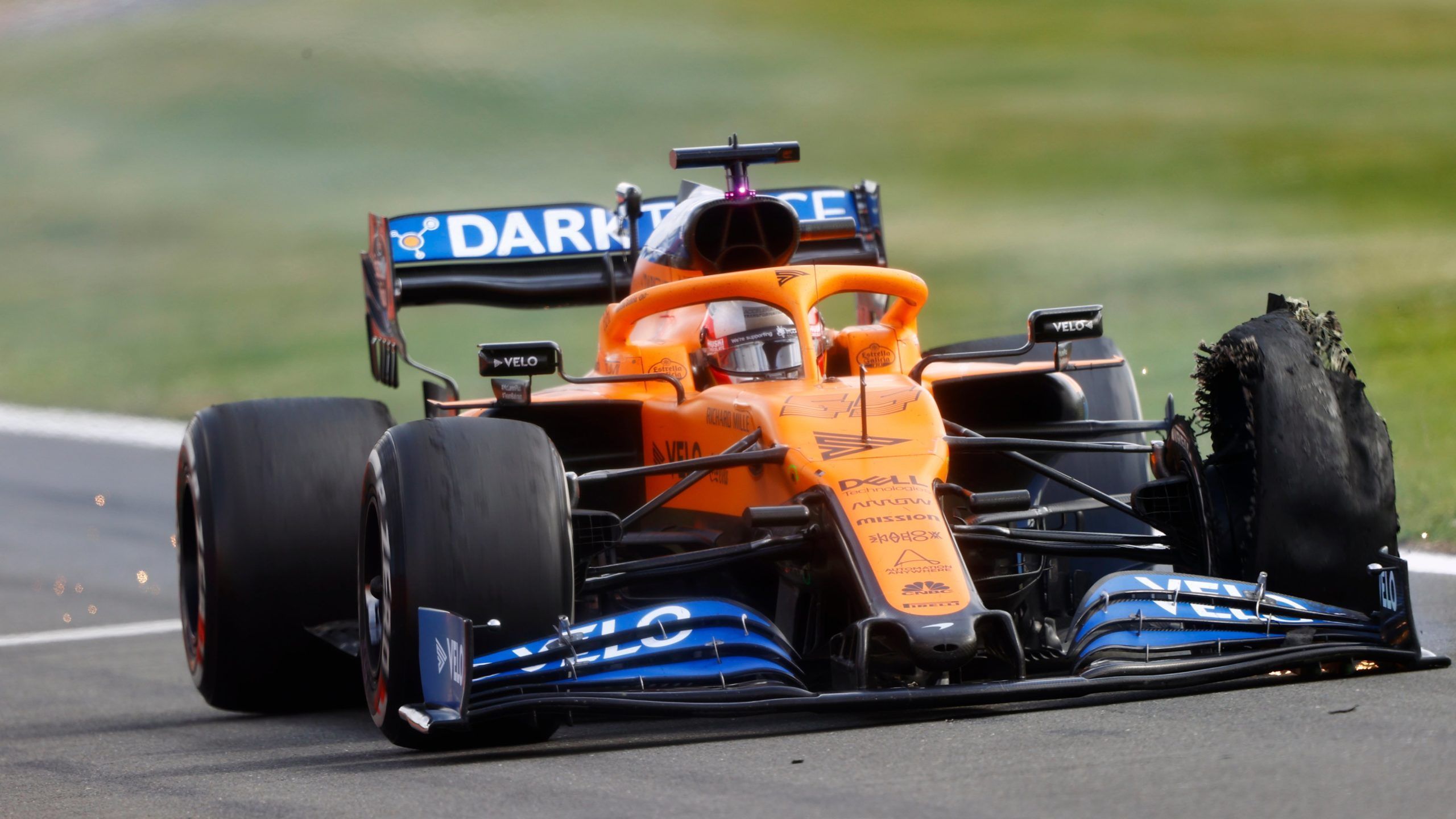 Pirelli Motorsport concludes initial analysis of the tyre drama in British GP as they stick to their original softer compounds idea for this weekend’s F1 70 weekend.

The statement from Pirelli comes on expected terms to a certain extent as to what Mario Isola suggested post the British GP weekend for the failure on the front-left of Mercedes’ Lewis Hamilton & Valtteri Bottas and McLaren’s Carlos Sainz.

Isola talked about high wear and early pit stop which is what the initial analysis has revealed by Pirelli. The safety car was deployed on Lap 13 which was 5-6 laps earlier than the initial prediction by the Italian manufacturer and so the stint was elongated.

Additionally, Pirelli states that the faster cars from 2019 to 2020 where the pole lap was 1.2s quicker, affected the load where the front-left always suffers the most. The statement did not speak about the cuts which were talks about after the race.

Owing to the results, Pirelli will keep the original softer compounds for this weekend’s race at the same venue at Silverstone with C2, C3 and C4 but the Italian manufacturer will re-jig the tyre usage direction and also alter minimum tyre pressures.

Aside the failures of the Mercedes drivers and Sainz, AlphaTauri also indicated of a rear puncture in the crash of Daniil Kvyat. However, the release from Pirelli has not talked about the Russian’s issues and cause for tyre trouble.

Here’s the full statement from Pirelli:

Pirelli has concluded its initial analysis on a number of tyres that were run at the British Grand Prix last weekend. This allowed to identify the cause of the failures followed by deflations that affected both Mercedes and the McLaren of Carlos Sainz.

The key reason is down to a set of individual race circumstances that led to an extremely long use of the second set of tyres. The second safety car period prompted nearly all the teams to anticipate their planned pit stop and so carry out a particularly long final stint: around 40 laps, which is more than three-quarters the total race length on one of the most demanding tracks of the calendar.

Combined with the notably increased pace of the 2020 Formula 1 cars (pole position was 1.2 seconds faster compared to 2019) this made the final laps of the British Grand Prix especially tough, as a consequence of the biggest forces ever seen on tyres generated by the fastest Formula 1 cars in history.

The overall result was the most challenging operating conditions for tyres. These led to the front-left tyre (which is well-known for working hardest at Silverstone) being placed under maximum stress after a very high number of laps, with the resulting high wear meaning that it was less protected from the extreme forces in play.

For the second race at Silverstone this weekend, Pirelli confirms the nominated compounds: C2, C3, and C4, being one step softer than those seen at the last GP. Also the usage prescription will be reviewed, increasing the minimum tyre pressures to reduce the stress on the construction.