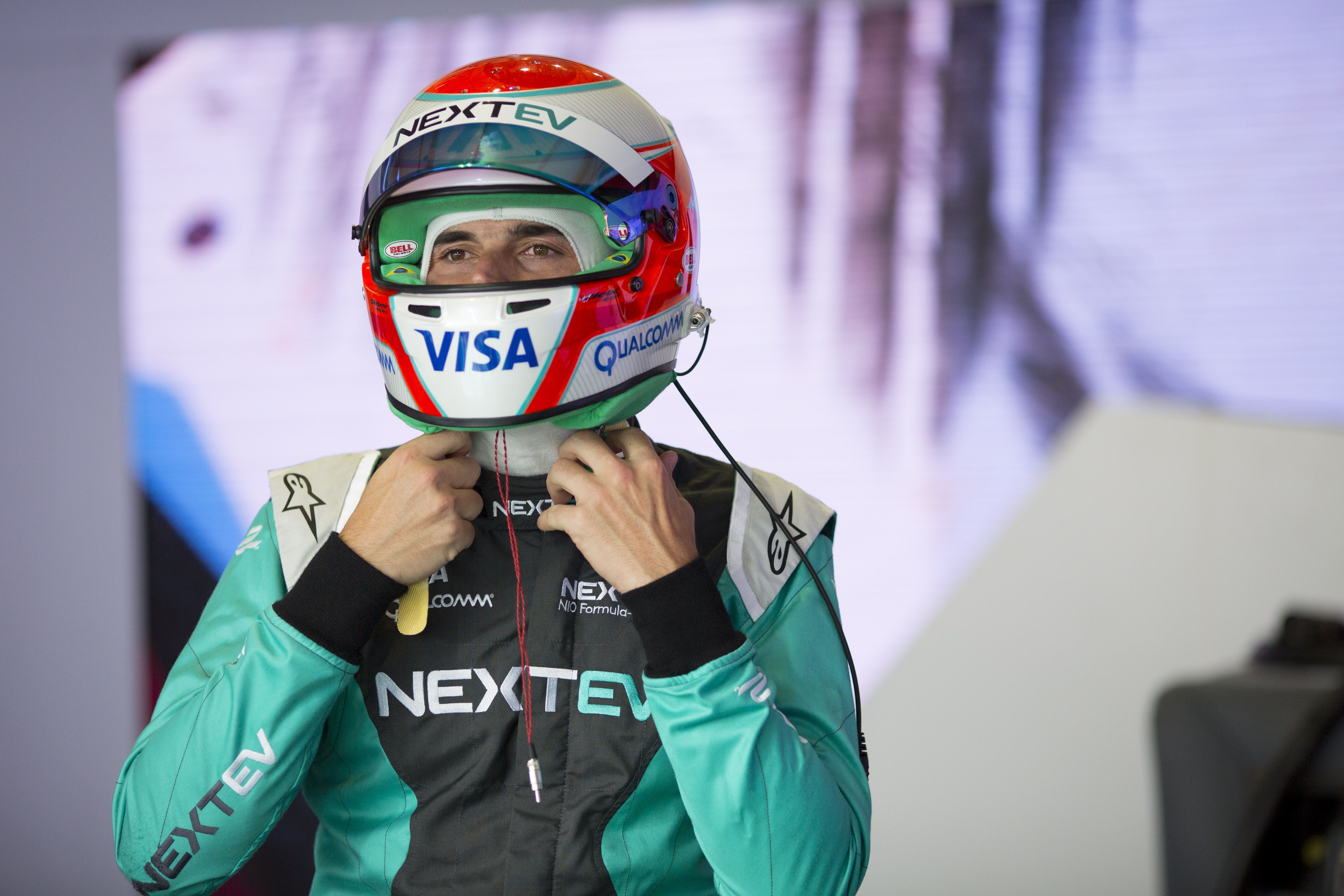 Nelson Piquet is back in the pole position for the opening round of the 2016-17 season of the FIA ??Formula E. The 2014-2015 champion set the pole ahead of his teammate Oliver Turvey. Newcomer “Pechito” Lopez finished third.

In the first group we saw Loïc Duval (Faraday Future Dragon Racing) who set the provisional pole position with a time of 1:03.637 min. Frenchman surpassed his compatriot Nicolas Prost (Renault e.dams) by tenth. The French almost suffered an impact against the wall at the last corner.

In the second group, Lucas Di Grassi (ABT Schaeffler Audi Sport) hits the wall in his flying lap, in an area where the kerbs had changed. The Brazilian caused the red flag when no one in the group managed to set a lap.

The NextEV NIO with Nelson Piquet secured the pole position thanks to his lap. The Brazilian along with Felix Rosenqvist (Mahnidra Racing) managed to set a fastest lap, before Robin Frijns hit against the wall at the same point that Di Grassi, causing the red flag.

This meant that Mitch Evans (Panasonic Racing Jaguar) and Jean-Eric Vergne (Techeetah) weren’t able to set lap, forcing them to join the track in the last two minutes of the session. The New Zealander classified in twelfth position, while Vergne climbed to sixth.

In the fourth group, knowing that that there would not be  super pole knock out, Jose Maria Lopez (DS Virgin Racing) secured the third position, while the champion Sebastien Buemi (Renault e.dams) finished fifth.