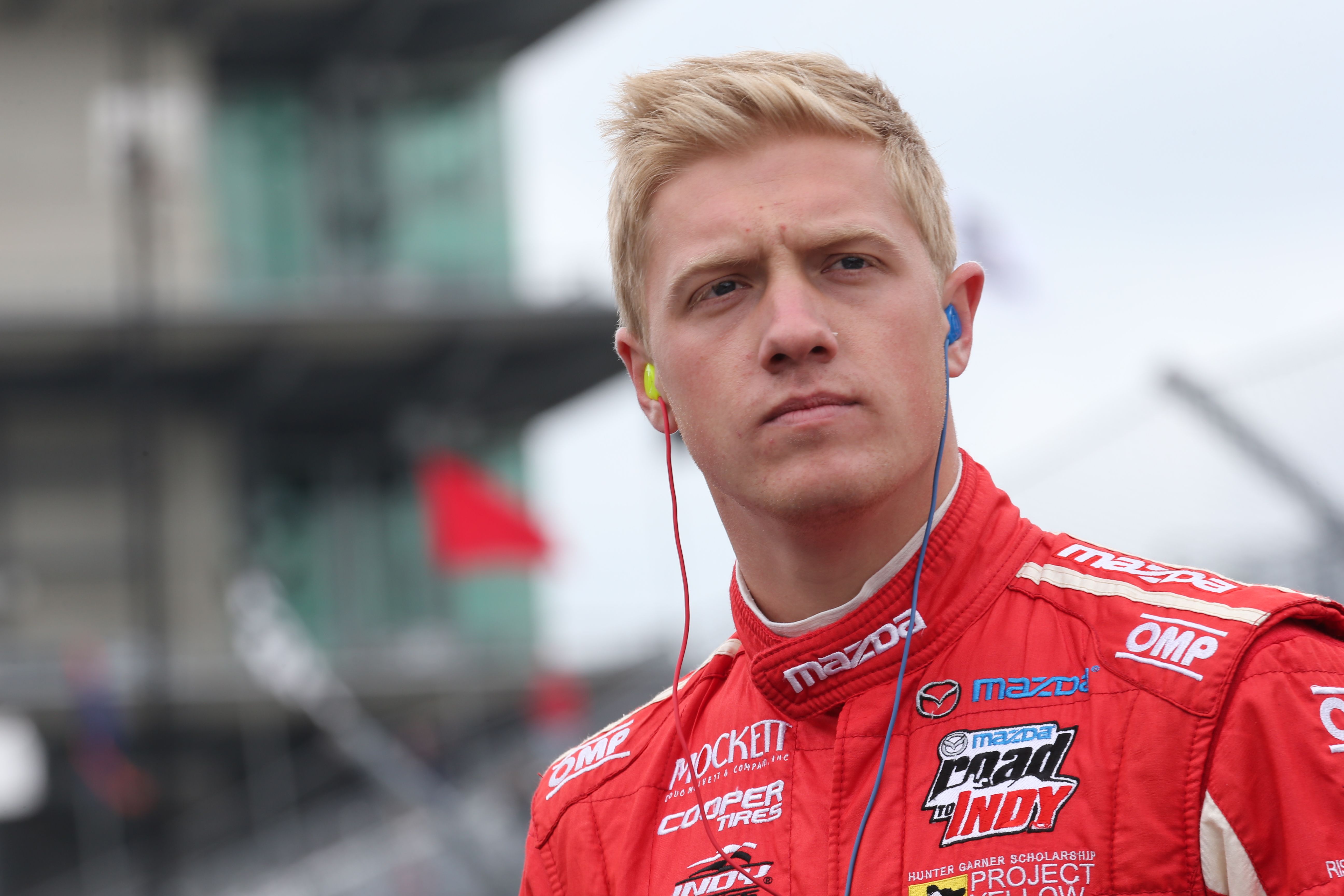 Spencer Pigot has achieved an unexpected victory on the street circuit in Toronto. Harvey and Serralles follow him. Piquet and Enerson fighting for victory have had a very violent accident that ended withthe American flying.

Bumpy start in the Indy Lights race where Juan Piedrahita has been left out of the race because of a twist, in the accident have also been involved Felix Serralles and cott Anderson.

When the green flag came out again, Nelson Piquet kept the leadership under attacks of RC Enerson. Behind, the fight for the podium was between Spencer Pigot and Jack Harvey.

Halfway the race the lead went into a hot battle between the leadership of RC Enerson and Piquet and ending with a very serious accident where the American was taking over the Brazilian, who was somersaulted and crashed into the barriers of tires at turn 3. Fortunately both drivers have gone well for the accident.

With this accident it was decided to take out the red flag to repair the damage of the safety fencing. In addition to the abandonment of the aforementioned drivers, Ethan Ringel should leave the race in the process of red flag, leaving only 6 cars with Spencer Pigot in the lead.

The race was restarted with 15 minutes remaining. Serralles advanced Kyle Kaiser for fourth place, and got into the wake of Ed Jones in the fight for third place. The Arabic  made a huge mistake. He spent braking in Turn 3 and fell to sixth place, leaving Serralles the top step of the podium.

Final victory for Pigot followed by Harvey and Serralles on the podium. Kaiser, Blackstock and Jones finished the race of “residence”.