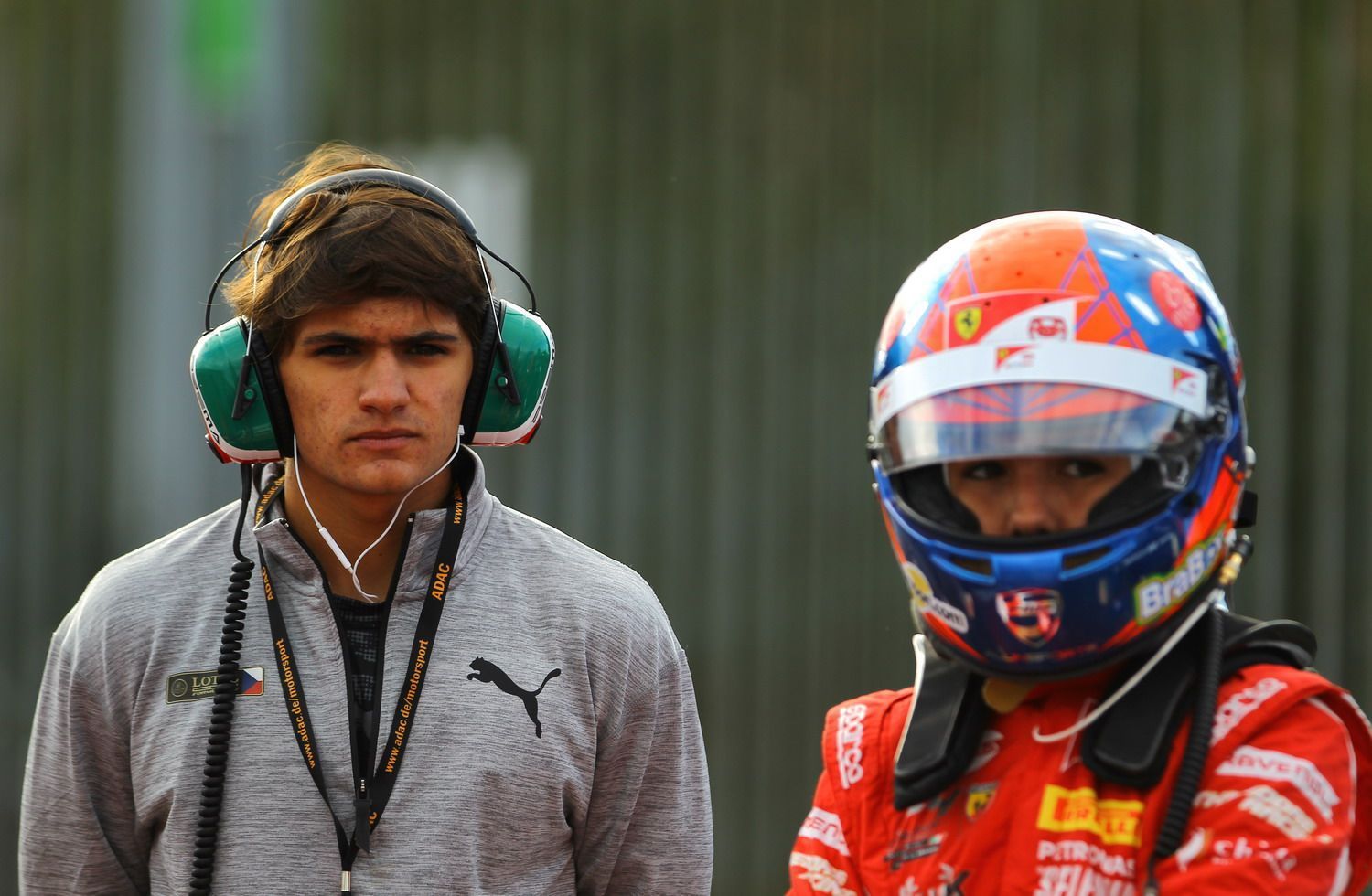 Leaving Fortec Motorsports to Lotus this year was so good on him. We are talking about Pietro Fittipaldi who is currently second in the drivers championship in World Series Formula V8 3.5 Series. The Brazilian showed us how competitive and quick is, but despite that he is not in the 1st place in the standings. FormulaRapida.net had the pleasure to talk with him to analyse the season so far, his championship chances and also about his brother Enzo.

Arnau Viñals: This season is one of the best, if not the best in your career. But you are not in the lead of the championship. Why?

Pietro Fittipaldi: It was a good start of the season winning both races at Silverstone. We’ve done many poles but we tighten the record of poles that had Kevin Magnussen, but I had issues at the starts, at the beginning with some clutch issues. The way i was realising the clutch wasn’t really good, so we lost many points with that. In the last race in Nürburgring we didn’t had the pace that we’ve wanted. Now we are in second position, five points away. Is not the position that I’ve wanted to be, I think that we have the speed to be 50 points away, but racing is like this. Now it’s only three races left, and it will be a really good fight for the title.

AV: You had some really poor starts this season. Do you think this problem is already fixed?

PF: Yeah, I think that we’ve fixed it, but still not having great starts like some other guys. We still working on it. In Mexico, Austin and Bahrein, tracks with a lot of heat we will run better than other teams, I think that we will be stronger.

AV: We also saw here in Nurburgring that a rookie, Alex Palou suddenly was in the top of the timesheet and Lotus struggled a little bit. What happened?

PF: This is one track were we struggled and Palou did a really good job in his first weekend. We have a good advantage in qualifying like 3-4 tenths, but with cold conditions and with some lucky drivers [Palou] that had laps before the rain, that qualy was a bit messy. The second qualifying was a bit more normal but we didn’t had the pace like when we qualify on pole. We are analysing why and for sure we will be back strong in Mexico.

AV: Now you leave Europe to race in Mexico, Austin and Bahrain. Do you think this experience in those circuits will help you to have a better chance to join F1?

PF: I think that racing in F1 tracks is always an advantage because when you arrive there you know the tracks. But at the end of the day I have to be focused on the championship. I’ve preferred had it solved before, but now with 3 races left I have to do my best. Things that I do next year will be a result of that.

AV: Now let’s talk about your brother. Enzo has joined the Ferrari driver academy and has shown to be a consistent driver in points positions. How can you describe your brother as a driver? How do you help each other?

PF: He has a different driving style than me. He is consistent but he is always aggressive and wants to go for the win. I prefer thinking more on points and going for the championship but he is a really quick driver and I try to help him as much as possible. Unfortunately a lot of the races clashed this year but I use to go to all his test, especially the ones before the start of the season. I always try to help him, when he listen, because he doesn’t listen all the time. But it’s my brother, and sometimes when he does things well I’m more happy than when I do well.

AV: Finally, of course some media asked you about that but, is it any pressure to have the surname Fittipaldi?

PF: No, I don’t think that it’s a pressure. I was born with this name, I was always involved in racing, had the privilege of being in a racing family. They sacrifice a lot for the things that we love [my brother and me] but of course it helps on the other side with sponsors and things like this. We are lucky to have that. It’s great to have a racing family around me, not only my grandfather, also my uncle Max Pappis who is married with my mom’s sister. He is an Italian racing driver, he won the Daytona 24 hours and one IndyCar race so he has a lot of experience. I’m always talking to him. I have this family with racing background and it helps a lot. For me it’s a privilege to carry the name than anything else.