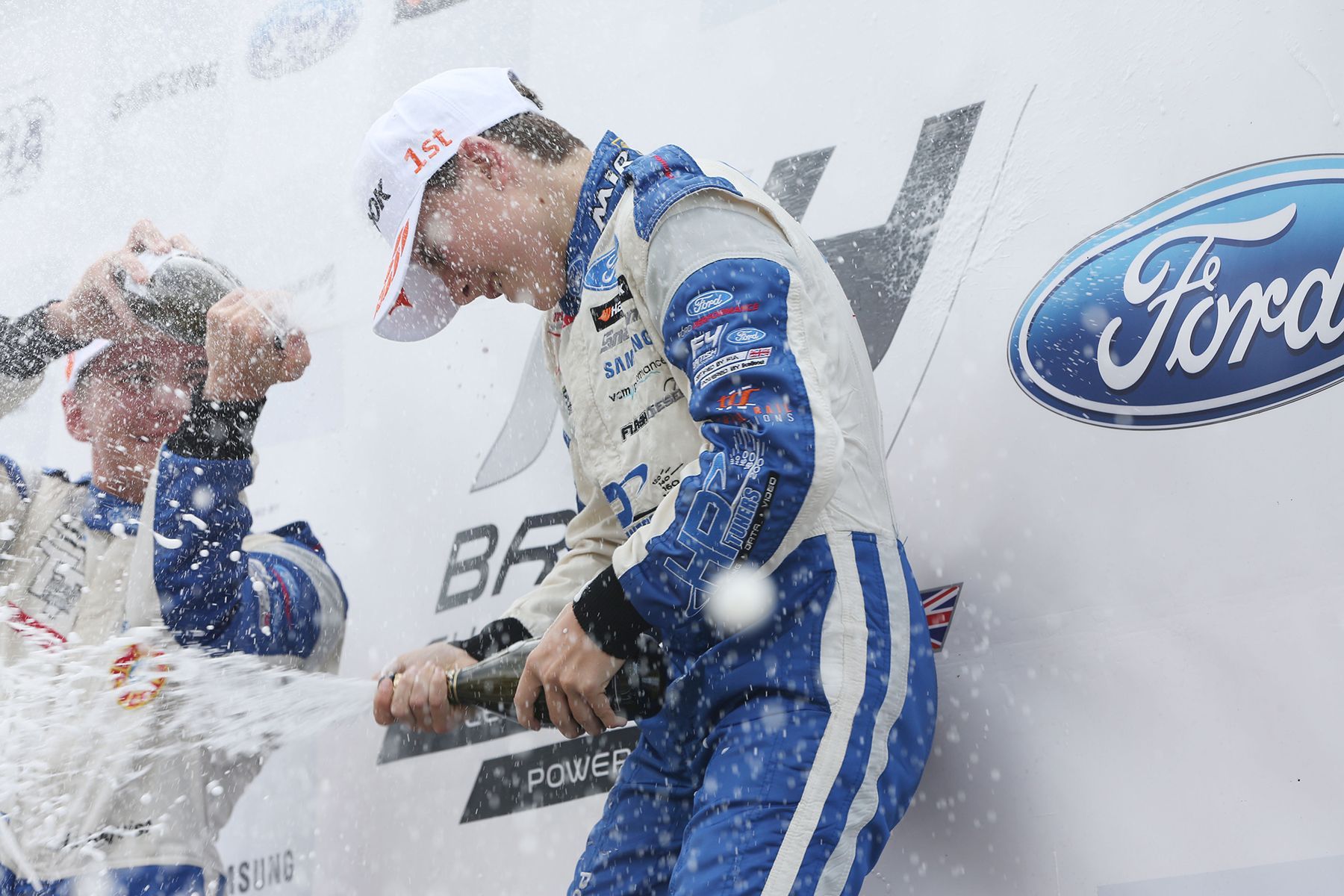 TRS Arden’s Oscar Piastri converted pole into victory for the second time this weekend at Snetterton in the F4 British Championship certified by FIA – powered by Ford EcoBoost after a thrilling, race-long single-seater duel of the highest calibre with Carlin’s Logan Sargeant.

Piastri tried to break away from Sargeant in the opening laps, but to no avail as the American refused to let his fellow F4 UAE graduate escape his clutches. A captivating battle ensued between the two drivers who were never separated by much more than several tenths of a second for the majority of the race.

Sargeant put Piastri under immense pressure in his bid for a maiden Ford EcoBoost-powered victory. A pass looked most likely at Riches, but as his team-mate Ayrton Simmons had done to Sargeant in Round 16, Piastri defended resolutely. The Aussie soaked up the pressure with inch-perfect positioning of his car. The duo raced hard, but fair in an exemplary display of precision wheel-to-wheel racing which the F4 British Championship has become renowned for.

Double R Racing’s Linus Lundqvist made a strong start to move up from fourth on the grid to third and looked on course to battle for the win along with Piastri and Lundqvist.

However, the Swedish single-seater champion encountered a technical problem several laps into the race which hampered his progress.

Like all top drivers do, Lundqvist found a way to manage the problem and adapted brilliantly to hold on to third. He was able to keep the squabbling duo ahead within his sights and even recorded the fastest lap of the race on the eighth tour of the Norfolk circuit.

Ayrton Simmons was forced down the order after contact at the start, but fought back brilliantly. The TRS Arden racer was a man on a mission, working his way up from seventh to fourth. The pick of his overtakes a daring move around the outside of team-mate Alex Quinn at Riches in the closing stages.

Behind the TRS Arden duo was Hampus Ericsson who recorded his best result in British F4 in sixth and in doing so claimed his first Ford F4 Challenge Cup win after passing rival Olli Caldwell.

Championship leader Jamie Caroline was unable to make the kind of progress he would have envisaged through the field from ninth on the grid and had to settle for seventh. Crucially passing Caldwell on the penultimate lap to bring home an additional two points which could make all the difference in the title fight.

Manuel Sulaiman brought home his second points finish of the weekend for JHR Developments in ninth, picking up several places having started 12th.

Meanwhile Johnathan Hoggard claimed the final point paying position and with it his first top 10 finish on what has been a frustrating debut weekend for the talented Fortec Motorsports racer. He just denied fellow British F4 debutant Sam Smelt a maiden point score in 11th.

The 2017 F4 British Championship certified by FIA – powered by Ford EcoBoost title race heads to Knockhill in a fortnight’s time (12/13 August) in what will be a blockbuster weekend for the series. Four races are scheduled to take place due to the Round 12 of the Championship being moved to Knockhill due to delays in the schedule at Oulton Park earlier in the year.