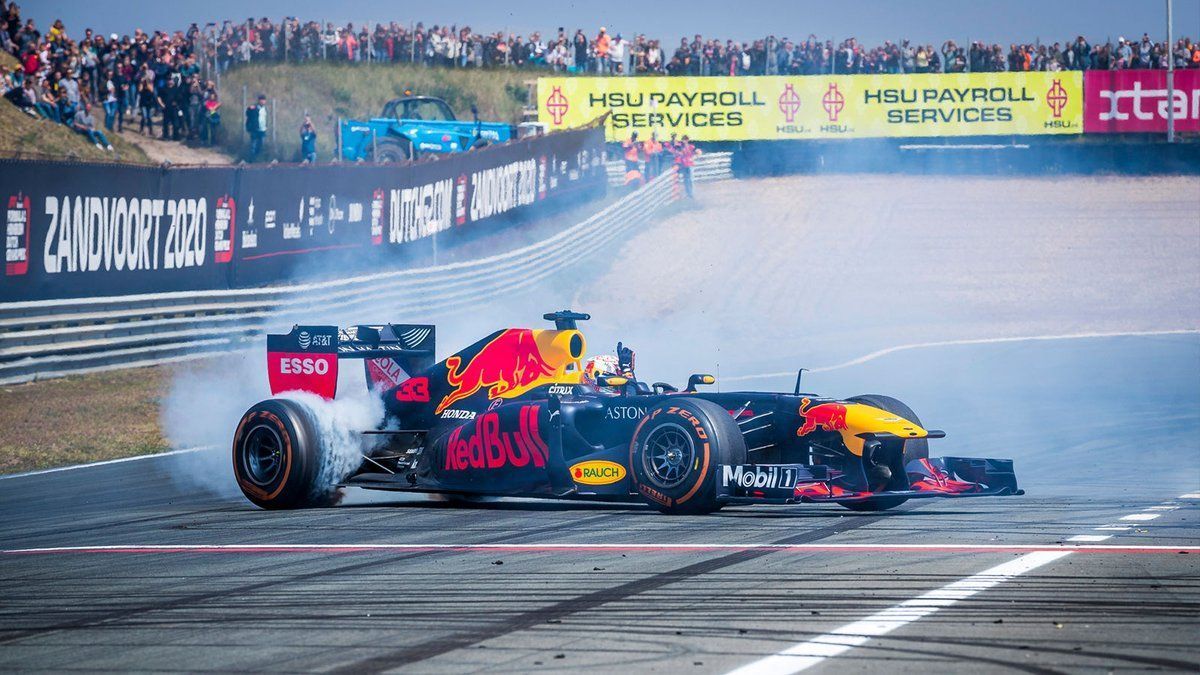 The 2019 edition of Jumbo Racedagen event with Verstappen as the main attraction ended up being a special one on Saturday and Sunday, after the announcement of Dutch GP returning to the F1 calendar from 2020 onward at Circuit Zandvoort.

Unlike Daniel Ricciardo and David Coulthard in 2018, Verstappen had Pierre Gasly at his side for this year’s event as the two ran in the couple of RB7s with the noise of V8s roaring till far away in the Netherlands. The showrun ran alongside the World Touring Car series.

The duo undertook as many laps and donuts to give the fans a taste of whats to come their way from 2020 until at least 2023 F1 season. While Gasly’s car had some issues on Saturday which limited his running but he was in full force on Sunday.

“This was pretty insane,” said Gasly. “Of course, it’s always cool to donut in a F1 car – because we don’t really get to do this kind of thing during a race weekend. It’s my first time in a F1 car at Zandvoort and I really had no idea how big this event is.

“There were people all around the track and the atmosphere was amazing. I can’t wait for next year’s grand prix. I came to Zandvoort in 2012 with Formula Renault 2.0, but it is like a completely different track when you take an F1 car here.

“It’s super narrow with really high-speed corners and you need big balls to go fast around this track. It’s going to be challenging to race here but really exciting.” At the same time, local hero Verstappen was thrilled with the prospect of the grand prix.

“It was an amazing weekend and a lot of fun with both cars on track, giving the fans a really good demonstration,” said Verstappen. “Pierre and I had a fantastic time – though at the end there was some extreme oversteer and we’ll definitely have to analyse the data.

“It’s the fourth edition of the Jumbo Racedagen and it has been crazy. We’ve been growing together over the years and it’s amazing to see so many Dutch fans coming to this event. It’s very special that you are so close to your fans here.

“At a race weekend we’re very restricted in what we can do, so this is definitely a great event for the fans. The track itself is very challenging and there are not many run-off areas. It’s amazing that the track will come back on the F1 calendar next year.

“You will see a lot of orange in the dunes.” Along with the track runs, both Verstappen and Gasly also handed out trophies at the podium for various races, especially the Ladies GT event. Here’s a selection of videos and photos from the whole run: