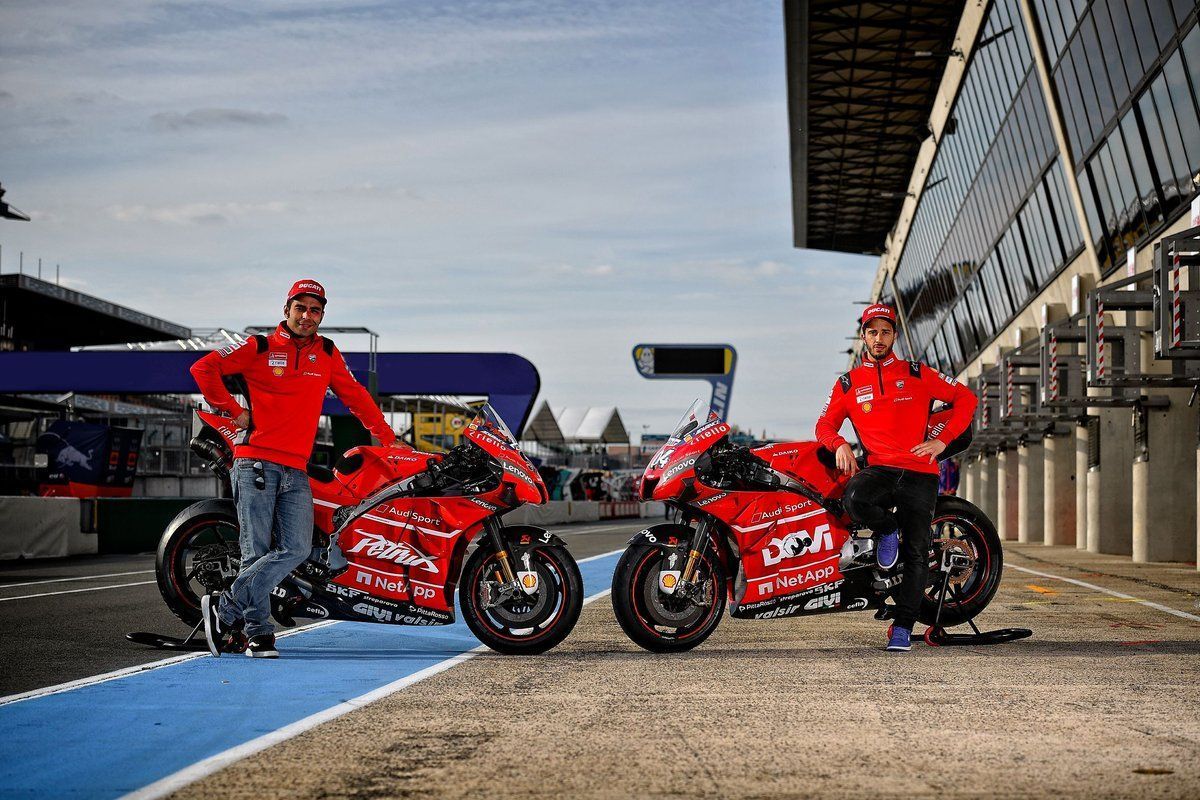 Ducati has unveiled the special one-off liveries to be sported by Andrea Dovizioso and Danilo Petrucci for the French MotoGP weekend at Le Mans.

With their title sponsor Mission Winnow unable to advertise their brand due to the tobacco rules in France, the Italian manufacturer came up with an interesting idea where they asked the riders to design their own liveries for the French event.

Both Dovizioso and Petrucci were given free reign to come up their own colours for Shark Helmets-sponsored Desmosedici GP19 machines, which was unveiled on the eve of the French GP on Thursday ahead of the practice runs on Friday.

There isn’t huge difference from the Mission Winnow branded bikes with the red staying pretty much along with bits of white and grey. The only big addition is the name ‘Dovi’ for Dovizioso and ‘Petrux’ for Petrucci to make it more personal.

They may have to adopt special liveries later in the 2019 MotoGP season when they visit Phillip Island for the Australian GP. Like Ferrari were forced to change in F1 when they visited Australia for their opening race, it could be similar situation for Ducati too.

Meanwhile, the French GP will be a crucial for the Ducati riders as they head into the weekend with Dovizioso in third with 67 points, while Petrucci sits fifth with 41 to his name. They lead the teams’ standings with 81 points and are second in manufacturers’ with 70.