Red Bull Ring has unveiled new chicane in their layout especially for the MotoGP races, while F1 is to continue with the old layout.

The work has been on since November 2021 after consultation with the FIM, the FIA and Dorna Sports at Red Bull Ring, for a new layout especially for the MotoGP races. It is primarily focused to reduce speeds at Turn 2 and enhance safety.

Last few seasons has seen numerous incidents at Red Bull Ring on two-wheel side, which pushed the circuit owners into finding ways to make the circuit safer. In consultation with circuit designer, Hermann Tilke, they found a way to do so at Turn 2.

There is now two 90-degree turns forming a quick double apex chicane for two-wheel runners which will reduce their speeds. Red Bull Ring has noted that F1 will continue using the old layout. “Reduced speed was needed in MotoGP in this section of the track.

“This was achieved through the compact right-left combination which refrains from impacting the rest of the track. The planning was a real challenge due to the topography of the terrain, above all,” summed up Tilke.

In a release, Red Bull Ring stated that it took them 15 drafts to reach to the final layout, as they had to be sure about the run-off zones and other safety aspects. These changes allow for different options to the circuit owners to use without an overall change.

Here are some photos: 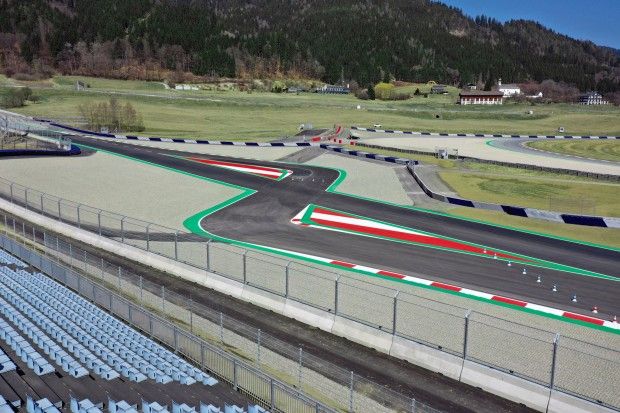