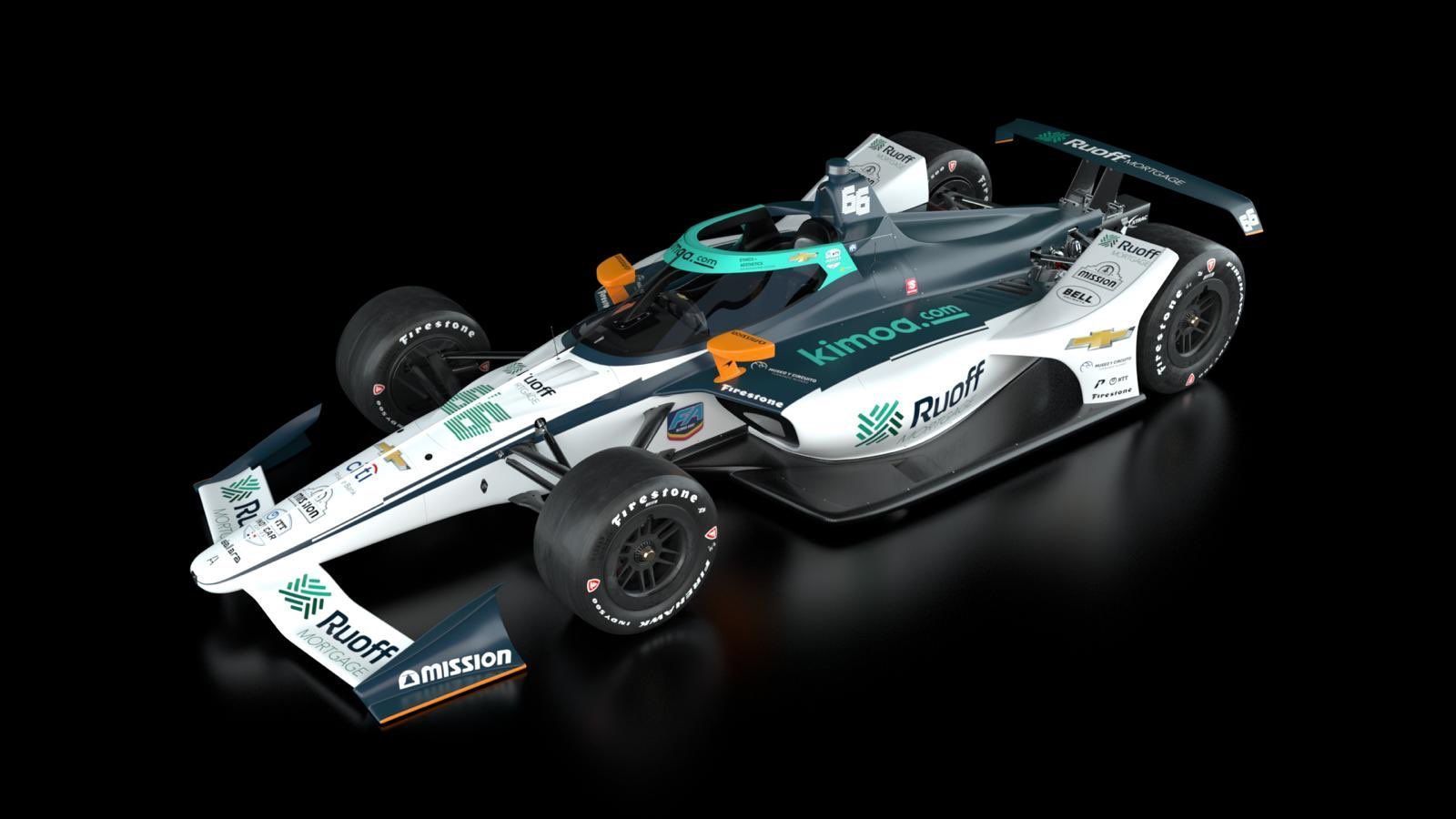 Arrow McLaren SP have unveiled the livery of the #66 Indy500 entry to be driven this August by Fernando Alonso as he seeks the Triple Crown.

It feels perverse that an Indy500 livery for a current year would be unveiled at the end of June, but here we are. Ahead of its August date, Arrow McLaren SP have unveiled the livery for the #66 IndyCar entry to be driven by Alonso.

The livery features white in tandem with various shades of blue, as well as logos of his own sponsor Kimoa, whose stamp is plastered atop the side pods and the new-for-2020 aeroscreen, which is increasingly becoming a design element of the modern IndyCar livery.

While Kimoa’s presence is strong on the car, the entry’s title sponsor is Ruoff Mortgage, whose logos can be seen on the wings and the sidepods. Alonso will be sporting the livery as he chases his third and final win of the coveted ‘Triple Crown’ comprising of the Le mans 24 hours, the Monaco GP and of course, the Indy 500.

Alonso tried to achieve this feat in both 2017 and 2019. In the former attempt, he ran at the front, part of an utterly dominant Andretti team that year. However, he failed to make it to the end, and in 2019, he embarrassingly failed to make it onto the grid after being bumped by Juncos Racing’s Kyle Kaiser.

In 2020, he’ll be hoping to break that run of poor form. “I’m very happy to finally see the car I’ll race in the next Indianapolis 500,” said Alonso. “I feel the passion of the fans that make this competition incredible. I have maximum respect for this historical race and everyone that competes in it.”

Sam Schmidt added: “In 2017, Fernando Alonso proved that he can not only compete in the race, but that he can fight for the win. The livery is great. It represents the colors of Ruoff Mortgage while maintaining the livery design of all the Arrow McLaren SP entries. It’s unlike any entry that we have seen, which will make it easy to spot for fans.”

Here’s photos and video of the car of Fernando Alonso: