Last step of the podium is completed by Luca Ludwig and Dominik Schwager for HB Racing with Ferrari 488 GT3.

First Porsche classified was fourth, and again it was the duo Jaminet-Renauer, while first Mercerdes-AMG was the number 47 from Mann-Filter Team HTP of Maximilian Götz and Markus Pommer.

Bad day for Saturday winners, Ellis-Hofer who like Van der Linde borthers, had to retire. 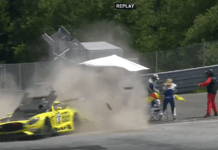 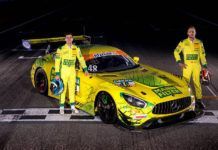 Fabian Vettel gets ADAC GT Masters drive with Mercedes for 2019