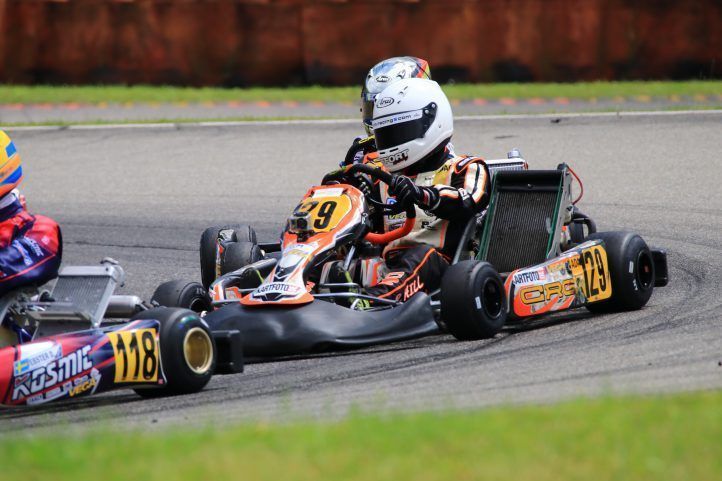 One of the jewels of German karting gives the jump to the single-seaters with the team of Marvin Anders.

Phil Hill, German driver of the world of karting, has been announced as the new driver of the discipline Anders Motorsport. Marvin Ander’s team is beginning to outline its driver line-up for the Formula Renault Northen European Cup  season. In fact, it is expected that Phil’s teammate will be announced soon before the opening of the championship that is dated for the weekend of 27 and 28 April, in Zandvoort.

Anders Motorsport takes one of the jewels of the world of karting, as Phil has shown in the last ROK Cup in Germany. With 15 years, Hill won seven races and got three more podiums to finish taking the championship. Not happy with that, the German broke the record of the fastest lap of the circuit in half of the circuits.

He failed to take the ROK World Championship in Lonato, due to a failure in his engine in the classification, but he left his mark, entering the top 20 on three occasions, starting from the position number 31 on the grid. He has also participated in full seasons of the ADAC Kart Masters series and the DKM International Championship.

Phil showed his happiness of making the jump to single-seaters: “The NEC is a very good series to start my single-seater career with. The Formula Renault car is a lot more aerodynamic than an F4 car and that’s good for my development in terms of setup and experience”, said the young driver.

Hill also sent a message to his team, with whom he has already shot several times in races such as Spa, Monza, or Hockenheimring: “Anders Motorsport is a young team with nice people I like to work with. Last year we did 9 tests together which proved this. It’s their first year in NEC too but I think we can achieve big things together and get a good position in the championship”.

Marvin Anders, head of Anders Motorsport, also had good words for his new signing: “Phil has demonstrated great ability and achieved much throughout his time in ROK karting. He’s completed some testing with the team, worked well with our engineering setup and impressed everybody with his performance throughout”, said Marvin.