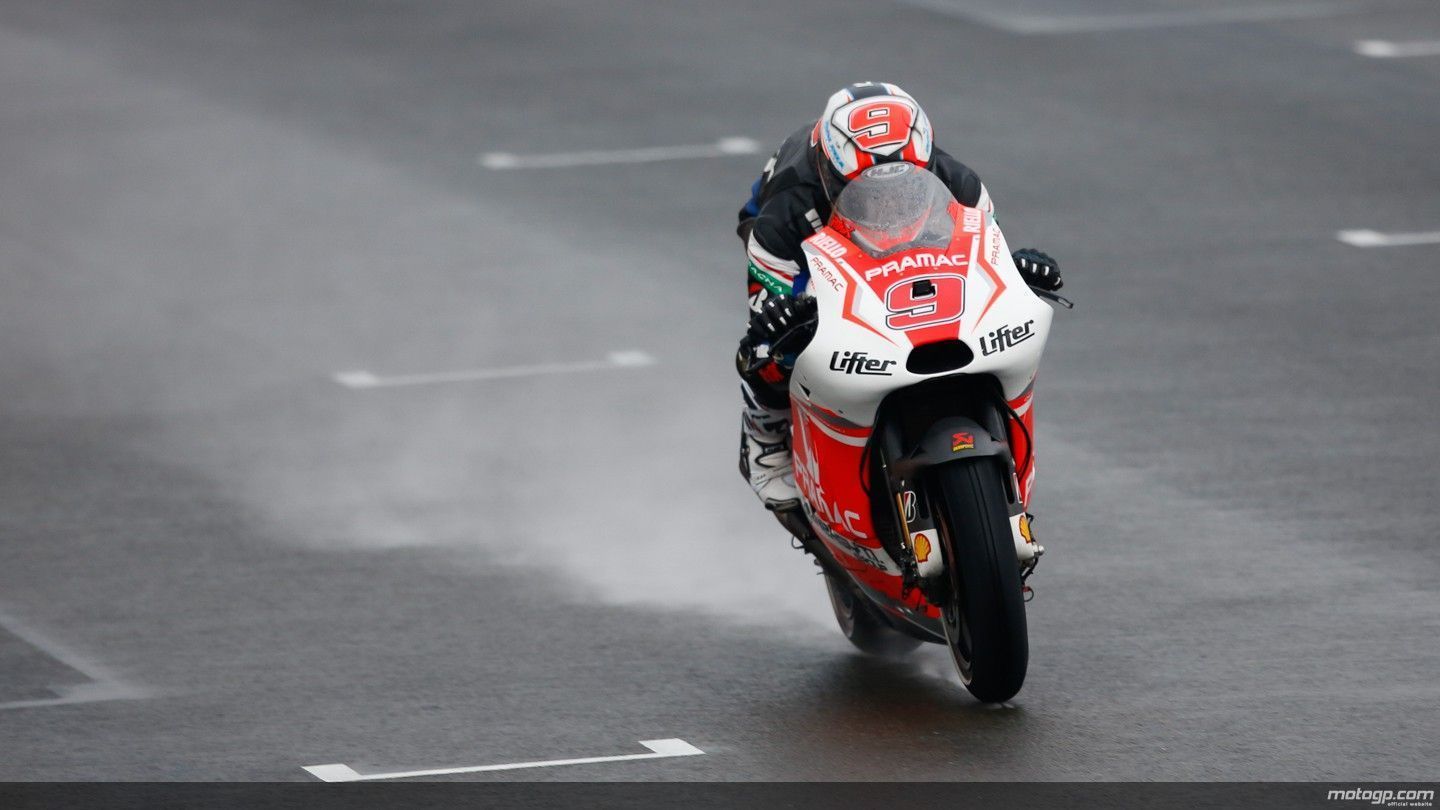 After a busy day on Monday which saw 27 riders on track in Valencia, Tuesday’s test sessions were heavily affect by rain, with Danilo Petrucci going fastest of the 11 men who decided to lap on the wet track.

Many of the championship’s biggest name riders decided not to take any risks in the rain with the likes of Repsol Honda’s Dani Pedrosa, Movistar Yamaha MotoGP’s Jorge Lorenzo and Monster Yamaha Tech 3 pair Pol Espargaro and Bradley Smith electing not to ride – having all featured towards the top of the timesheet on Monday.

Indeed Italian rider Petrucci (1’42.431) was over a second ahead of the next fastest participant as he spent his second day working with his new team Pramac Racing, adapting to their Ducati machine.

Having not ridden on Monday Drive M7 Aspar rider Nicky Hayden put in 24 laps and ended up second, with the new RC213V-RS Open machine now available to the American. Further down the timesheet Hayden’s new colleague Eugene Laverty was also on track, as he undertook his second day’s work with the Aspar team.

Meanwhile, having noted that his new RC213V factory Honda specification bike is significantly different to ride than his 2014 Open machine, Team Estrella Galicia Marc VDS rider Scott Redding put in 42 laps on the wet track and ended up third (+1.382s).

Redding crashed towards the end of the day without consequences, whilst there were also crashes for Petrucci, Loris Baz (NGM Forward Racing) and Cal Crutchlow (CWM LCR Honda). Crutchlow crashed early in his only run, not marking a lap time and deciding not to go back out for a second outing.

Factory Aprilia Gresini pair Alvaro Bautista and Marco Melandri – the latter yesterday confirmed to ride for the team next year in MotoGP – both also featured with Bautista the busiest man of the day as he notched up 47 laps in fifth place on the timesheet.

The test will conclude on Wednesday with the riders and teams hoping for dry weather conditions at the Valencia track.