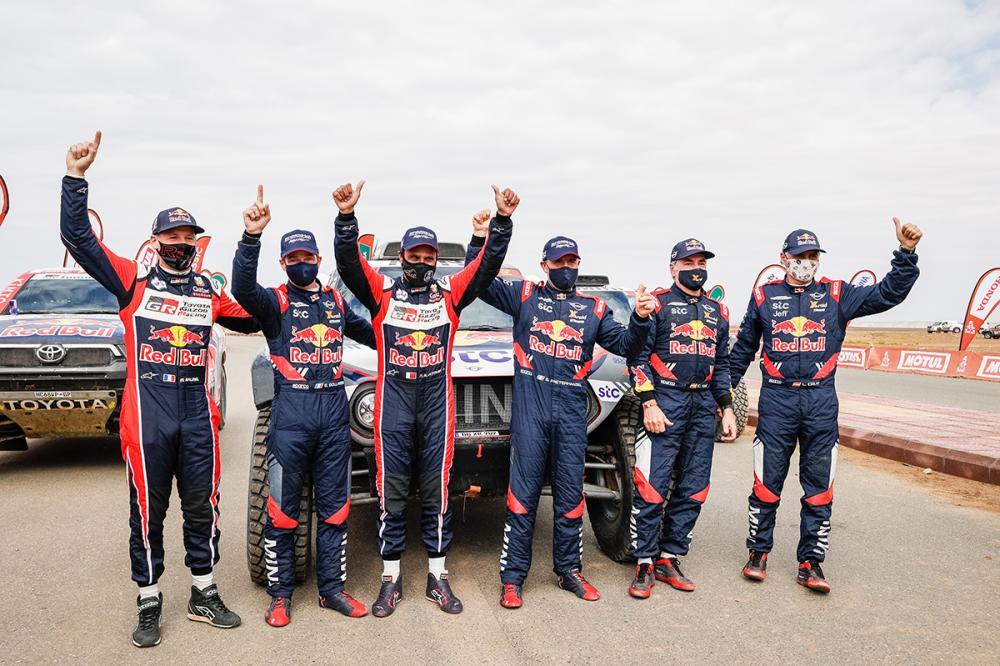 Stephane Peterhansel and Kevin Benavides have won the Car and Bike categories in 2021 Dakar Rally, as ASO informs of the death of Pierre Cherpin.

Driving for X-Raid Mini JCW Team, Peterhansel together with co-driver Edouard Boulanger, won the 2021 Dakar Rally in Saudi Arabia, after surviving the grueling 12 stages. The Frenchman was consistent, if not the fastest, winning only Stage 9 in the process.

Taking both Car (8) and Bike (6), Peterhansel has won 14 Dakar events, his third with Mini and first since re-joining in 2019. He shared the podium with his teammate Carlos Sainz Sr (co-driver Lucas Cruz), who ended up third despite not having a clean run.

Sainz finished just over an hour behind Peterhansel, with wins in Stage 1, Stage 6 and Stage 12. Sandwiched between the two was Nasser Al-Attiyah (co-driver Matthieu Baumel) in his Toyota Gazoo Racing Hilux. He won Stage 2-4, Stage 8 and Stage 11.

The Top 5 was rounded out by Overdrive’s Jakub Przygonski and Bahrain Raid Xtreme’s Nani Roma, neither of whom had any stage wins. The ones to had were Yazeed Al-Rajhi (Stage 7 & Stage 10) and Giniel de Villiers (Stage 5).

Over at Bike, it was a Honda 1-2 with Benavides registering his first-ever Dakar win after finishing second twice. He led 2020 winner and teammate Ricky Brabec by just the 4m56s after 12 stages, where the Argentine won Stage 5 and Stage 9.

Brabec, meanwhile, won Stage 7, Stage 10 and Stage 12 in a rally of attrition after troubles for Yamaha and KTM riders, where even the Honda pack felt the heat. The Top 3 was rounded by KTM’s Sam Sunderland, with just the sole win in Stage 11.

Rookie Daniel Sanders abode the KTM surprised everyone in fourth, as the Top 5 was rounded out by Skyler Howes. Again, neither of the riders won any stage, where Toby Price (Stage 1 & Stage 3), Joan Barreda Bort (Stage 2, Stage 4 & Stage 6) and Jose Ignacio Cornejo (Stage 8) had wins against their names.

While there were 63 classified finishers with more under Dakar Experience category, it was a sad end for Cherpin, who sadly lost his life after crashing in Stage 7, while traversing from Ha’il to Sakaka on January 10. He was unconscious when helicopter reached.

He was airlifted to the hospital and subsequently transferred to France in a medical plane. He lost his life on January 14 after unable to fight through a head trauma. It was Cherpin’s fourth Dakar after making his debut in 2009. He was racing in unassisted Malle class.

It is a strange co-incidence that Cherpin crashed in Stage 7, the same stage when Hero’s Paulo Goncalves also had a fall in the 2020 Dakar and sadly lost his life. His teammate CS Santosh is still fighting a head injury after his fall in Stage 4 of the 2021 edition.

[Note: The results of all classes can be found in the links above for Car and Bike]