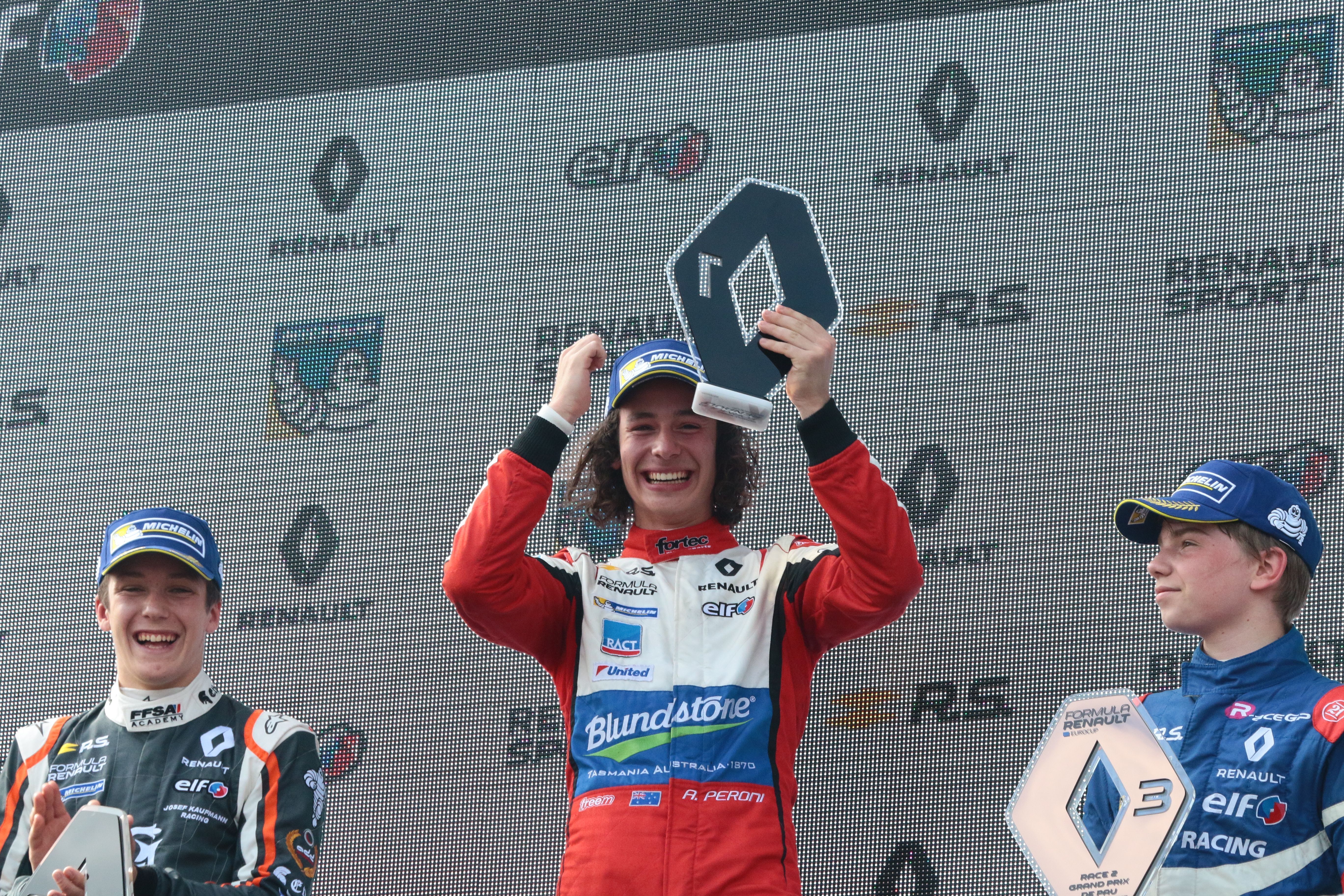 Alex Peroni has taken his first win in Eurocup Formula Renault 2.0 during race 2 at Pau street circuit. The Australian maintained Fenestraz behind for a final victory, while Shwartzman –third, and takes the lead of the championship.

Despite starting from pole position, Alex Peroni (Fortec Motorsports) had to defend stronger from Sacha Fenestraz (Josef Kaufmann Racing) who made a really good start. During the race despite closing and increasing the gap, the franco-argentinian couldn’t take the win in a race without maneuvers in the top8.

Completing the podium, Robert Shwartzman (R-ace GP) who is now leading the championship by one point over team mate, Will Palmer who today was fourth.