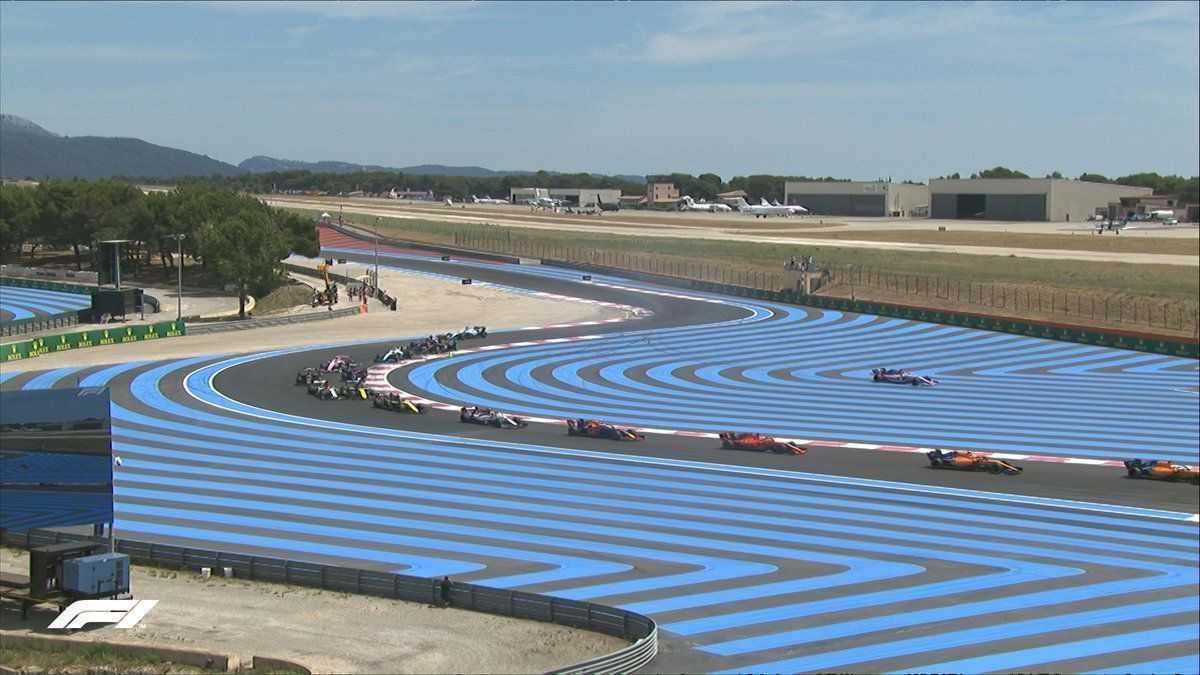 Sergio Perez questioned the penalty he got in F1 French GP as Lance Stroll reckons Racing Point got his strategy slightly wrong for no points.

Racing Point was already on the backfoot in F1 French GP at Paul Ricard with Perez starting in the mid-pack and Stroll from the back of the field. It was a decent getaway though from the two drivers but the Mexican had to take avoiding action and go off on the large run-off.

As per the FIA, drivers re-joining in the section had to join from the left side of the bollard which Perez did as per the rules, but he was deemed to have gained positions. Onboard from Perez showed him losing a place to Haas’ Kevin Magnussen just before the off.

Post re-joining, Perez slotted behind Renault’s Nico Hulkenberg, which meant he certainly moved ahead of Magnussen. The other driver was Toro Rosso’s Alexander Albon, who started ahead of him. Although Albon had an off too but it looks like it was after Perez’s off.

The Mexican did everything as per the rule but still gained two places which is why he was handed a five seconds time penalty. He finished 12th eventually but questions were raised by Perez as he felt he did what was asked of him to do.

“I don’t understand why I was penalised,” he said. “I have to look at it properly, but I did what I’m supposed to do, which was to go around the bollards. The rule is that you have to come back on the track as soon as you go through the bollards, which is what I did.

“I think what they did is wrong, because I stuck to the rules. Whether or not I gained an advantage, for me it was impossible to judge – it was lap one and there were so many cars around. It’s supposed to be slower than the racing line so that you don’t gain an advantage, but if it isn’t it’s not my fault.

“The penalty really hurt my race. We had the possibility to score some points today but this ruined it. We were a lot closer in terms of race pace, so that was promising. At the moment we are still struggling in qualifying and that’s where we must focus our attention to see what we can do better. Hopefully we can get back into the points in Austria.”

A split strategy didn’t work for Racing Point as even though Stroll went in deep on the hard compound, the Canadian felt he went in for too many laps which cost him time as he reckoned the medium compound had more life remaining at the end.

He finished 13th behind his teammate as the team remained sixth but now have Alfa Romeo Racing tied with them on 19 points. “The first stint was really strong and we went really long before fitting a fresh set of mediums at the end so that I could push and attack in the final few laps,” said Stroll.

“Unfortunately, I think we stopped a little bit too late because I could feel the tyres dropping off towards the end of my first stint, which cost us some time. There was also some life left in the mediums when I finished the race.

“Pitting a few laps earlier could have changed our final result, but it’s easy to say that after the race. It was a good team effort today and we showed good pace to move up the order. We will come back in Austria and give it another shot.”

The penalty decision comes at a time when the FIA stewards are under pressure following the uproar with Ferrari’s Sebastian Vettel’s Canadian GP penalty. Even Renault’s Daniel Ricciardo was handed a double penalty for his French GP move.

The FIA stated that Perez wouldn’t have incurred the penalty if he allowed Magnussen and Albon to re-pass him which he didn’t. It is not clear as to where Albon actually went off and if there was a place where Perez could have allowed him back.