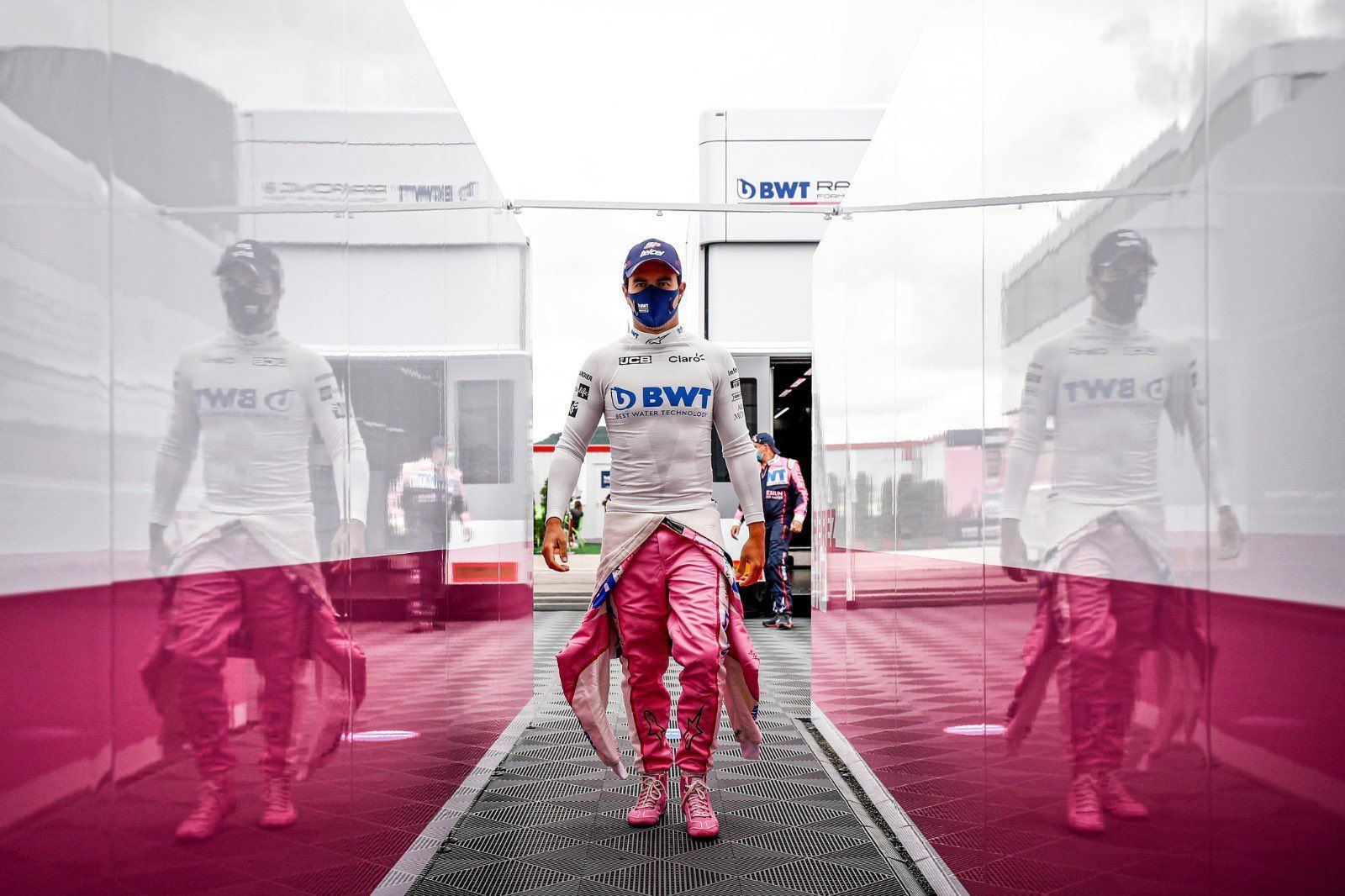 Racing Point’s Sergio Perez is self-isolating away from Silverstone after an inconclusive COVID-19 test as he is to re-test to be sure.

The Thursday press conference at Silverstone for British GP had only Lance Stroll featuring for Racing Point in the new style of team-by-team media briefing. It was then confirmed by the team that Perez is self-isolating away from the F1 circuit.

His usual Thursday COVID-19 test came back inconclusive as per the team, which is why he is being re-tested to make sure if he has the virus or not. This will be the first among the F1 teams and or drivers after two general worker were positive at Hungaroring

F1 has undertaken nearly 15,000 tests across the three events with the first for British GP being done today (Thursday). Even if a mild and or asymptomatic COVID-19 case, Perez will be forced to miss the grand prix and self-isolate.

“Sergio Perez is not at the circuit today following an inconclusive test result. He is self-isolating awaiting the results of a retest,” wrote Racing Point. No further detail has been shared by the F1 team so far, not even about a potential replacement.

However, with the deal with Mercedes, it is likely Stoffel Vandoorne and or Esteban Gutierrez, who have a chance to drive. The probability of the Mexican is high as the Belgian is preparing for his Formula E campaign, which starts next week in Berlin.

UPDATE: Racing Point stated that Perez took the test on Wednesday and did not travel to the race track on Thursday. He came in contact with several team members too, who are self-isolating and awaiting results of the second test.

UPDATE 2: Perez has been ruled out of the weekend due to positive COVID-19 test: https://formularapida.net/perez-physically-well-but-covid-19-positive-rules-him-out-of-british-gp/