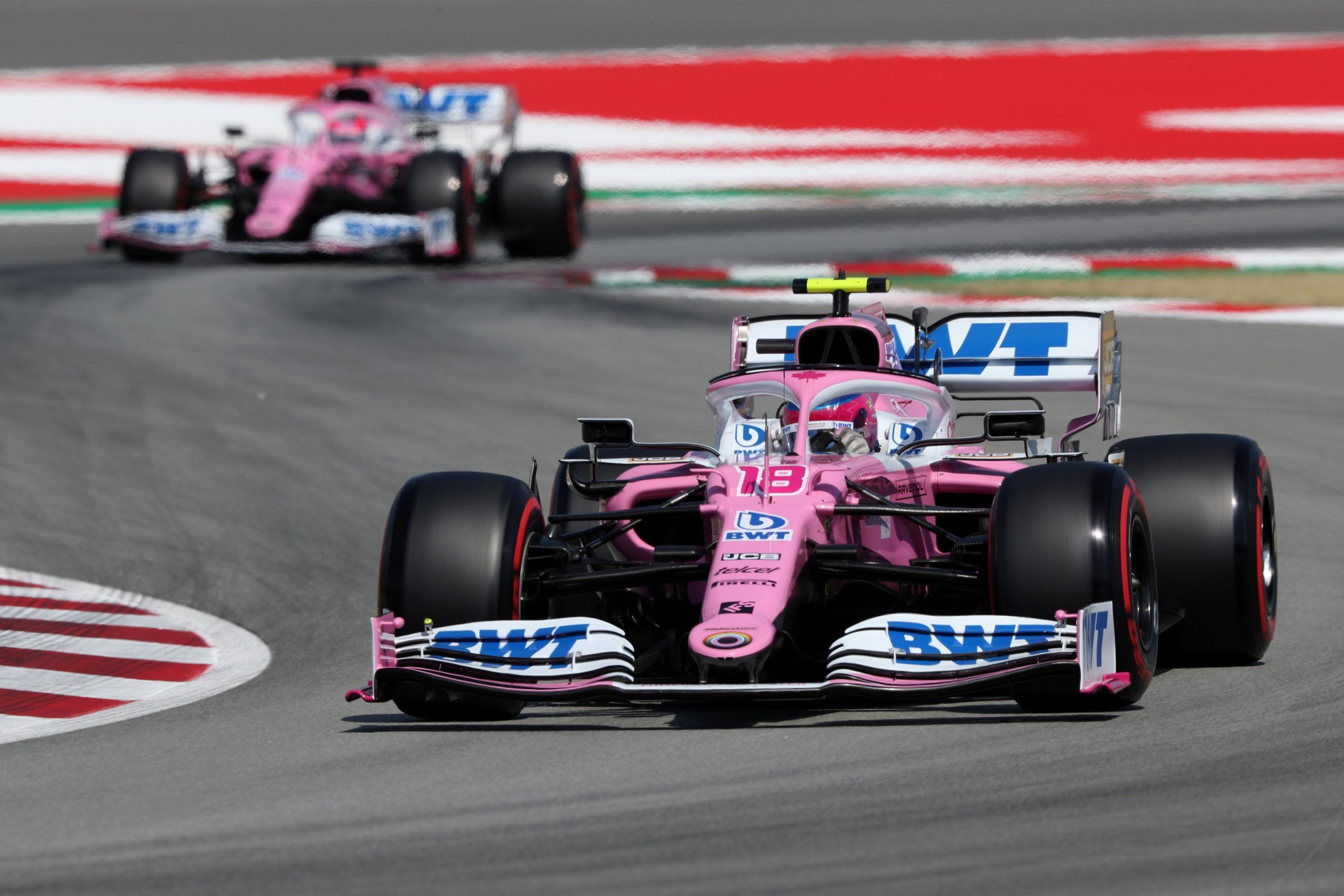 Sergio Perez was bit surprised by the blue flags penalty in F1 Spanish GP as Racing Point teammate Lance Stroll reveals that strategy was for one-stop.

A quiet F1 Spanish GP on Sunday was sprinkled with brief, fleeting moments of drama, one of which was the penalisation of Racing Point driver Perez – at the time running in fourth place – on the grounds of neglecting blue flags for leader Lewis Hamilton.

Perez was swiftly granted a five-second time penalty, and complained on the team radio once he was made aware. He ultimately lost one position due to the retribution, but he noted post-race that this was an acceptable thing as he only lost his place to his teammate, Stroll, and still retained a strong fifth place through until the race’s finish.

Notably, though, there is a crucial discrepancy between the explanation from Perez of the incident and that of the Stewards’, who alleged that he was first shown the blue flags for a faster Hamilton at the sixth turn, and ignored them for until turn one of the next lap.

“The Stewards reviewed the video and telemetry evidence. The driver [Perez] ignored blue flags from at least Turn 6 to Turn 1 of the following lap,” read the FIA reasoning for the penalty. The same was said for AlphaTauri’s Daniil Kvyat.

Perez – the defendant in this case – meanwhile, stated separately that he was only made aware of the blue flags once he was on the ninth corner, at which point a tight third sector diminished any chance he had of quickly letting Hamilton through.

It remains unclear whether or not Perez was aware of the specifics of the FIA’s case against him at the time of these comments, in which he also stated the penalty was ‘harsh and unfair’. The Mexican insisted that he was being considerate of Hamilton.

“It was a good race overall for us, I am happy that the team did not lose points because Lance got them, but the penalty was harsh and unfair,” said Perez. I got the call out of Turn 9, into Turn 10, Lewis was quite far and the first opportunity I had was Turn 1 because the final sector is very narrow and tight.

“It can only go to bad, so I thought he would lose more time if I give position there than waiting to give him into Turn 1. I got the penalty, I don’t know if something change when I was not here. I see a lot worse than that and people get away with it.

“The result, overall, was certainly pretty good for the team, I am very pleased with lot of points. We did the great job with the strategy as well, as one-stop wasn’t easy as I am not 100 percent fit coming from COVID-19, also the weather being hot.”

FIA Race Director Michael Masi explained the reasoning behind the strict vigilance which was undertaken as per the Styrian GP meet. The F1 drivers agreed for a better crackdown and this was the first instance to do it, where they did not let him pass at first instance.

While it was an overall smooth run for Perez upon his return, there was another highlight when he had to fight Racing Point teammate Stroll. The two were on different strategies eventually which surprise the Canadian as the plan was one stop for both.

“He kind of caught me by surprise here,” said Stroll. “We were both supposed to be managing to the end of the race and we were both doing that to get to the end on the one stop. That was the plan. And then from there, I’m not sure exactly what happened.

“I’ll have to look back at the race, but then I got pulled in for two stops. I didn’t really push during that second stint because I was managing so much and from there, I was on the back foot just trying to get the position back. I managed to get Sebastian when his tyres were dying and had Sergio on the five second penalty, so go within a couple seconds of him and took fourth.”

Meanwhile, Racing Point were handed a reprimand for its rear brake ducts wherein FIA summoned them and the usual process of protest was repeated by Renault. Since the governing body already used the summon, the French manufacturer were handed back their money for the protest made after F1 Spanish GP.