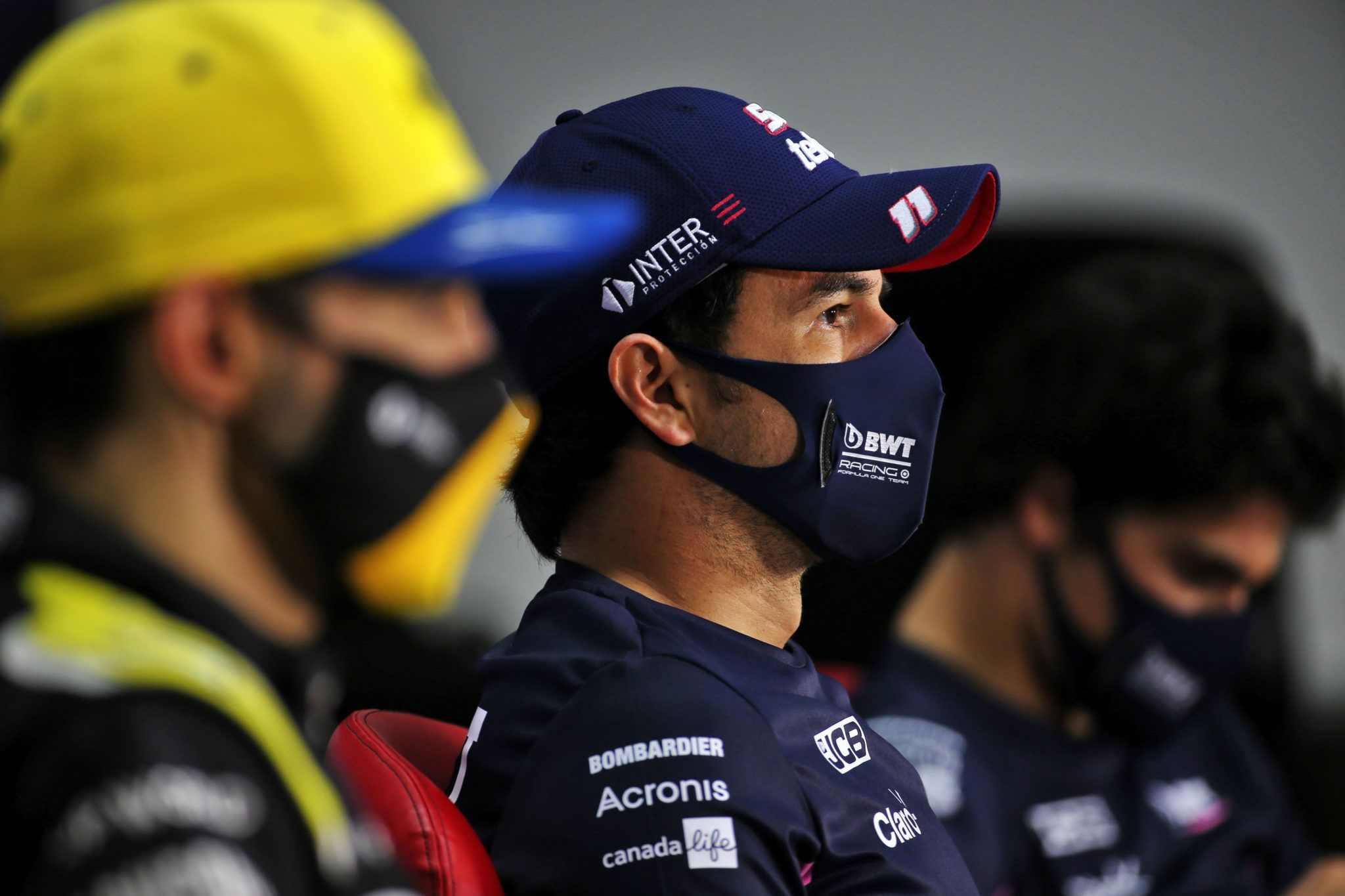 Sergio Perez says him not racing in 2021 F1 season is not a disaster for him ahead of 2022 as Esteban Ocon understands the feeling of being one-year out.

Having scored his maiden F1 win in Sakhir GP, Racing Point’s Perez was certainly on a high, soaking in the moment as much, without knowing what’s to come in his future. As known, he is out of contract for 2021, with no option to drive unless late changes.

He only has the seat of Alexander Albon at Red Bull Racing or think about 2022. While there is an option of being a reserve in 2021, his main goal remains to be able to compete the following F1 season – where he states he already has couple of options.

With a chance of missing in 2021, Perez doesn’t see it as a disaster yet. “I’ve always said about ’22 there was a race, taking a year out at this stage of my career that I am,” he said. “I never know what’s going to happen, if I will have the will to come back for doing that, bad year I decide to stop but after Sakhir, after the last couple of races, I’m sort of determined to be here, either if it’s next year or the year after.

“I already have some good options for ’22 so my best option is obviously to keep going on next year but if I have to stop, then it’s not a disaster, I can come back in ’22. The regulations are going to change so much that in a way, I don’t think it will hurt that much the driving side, to get up to speed. I’m at peace with myself, you know.

“I think Esteban mentioned that drivers like him missing out on seats, so it’s just the way F1 is, it can be really tough and not the best drivers are in Formula 1 unfortunately. So we keep pushing and we keep delivering and I think that’s the best way to do it,” summed up Perez, as Ocon understood his former teammate’s feelings of missing out.

Ocon was dropped by Racing Point as well, when they moved away from being Force India. His seat went to Lance Stroll – the Frenchman’s good friend. He managed to return in F1 this year with Renault, thanks to the push from Mercedes chief Toto Wolff.

“It’s obviously a very tough position to be in,” said Ocon. “I know well, know how it feels like. I’m glad that Sergio is obviously getting the result, you know? To show everybody that he deserves to be in Formula 1. He’s one of the top guys out there and he can’t be left outside. It would not be normal.

“But sometimes the sport is like that, unfortunately, and you don’t end up in the best situations. On my side obviously it’s been a tough year but I was in good hands. I had a lot of people believing in me and supporting me, which has helped me to come back after a year out – and yeah, here we are. Not easy to get going but after a bit of running, you get there,” summed up Ocon.

Here’s what Sergio Perez said about his race