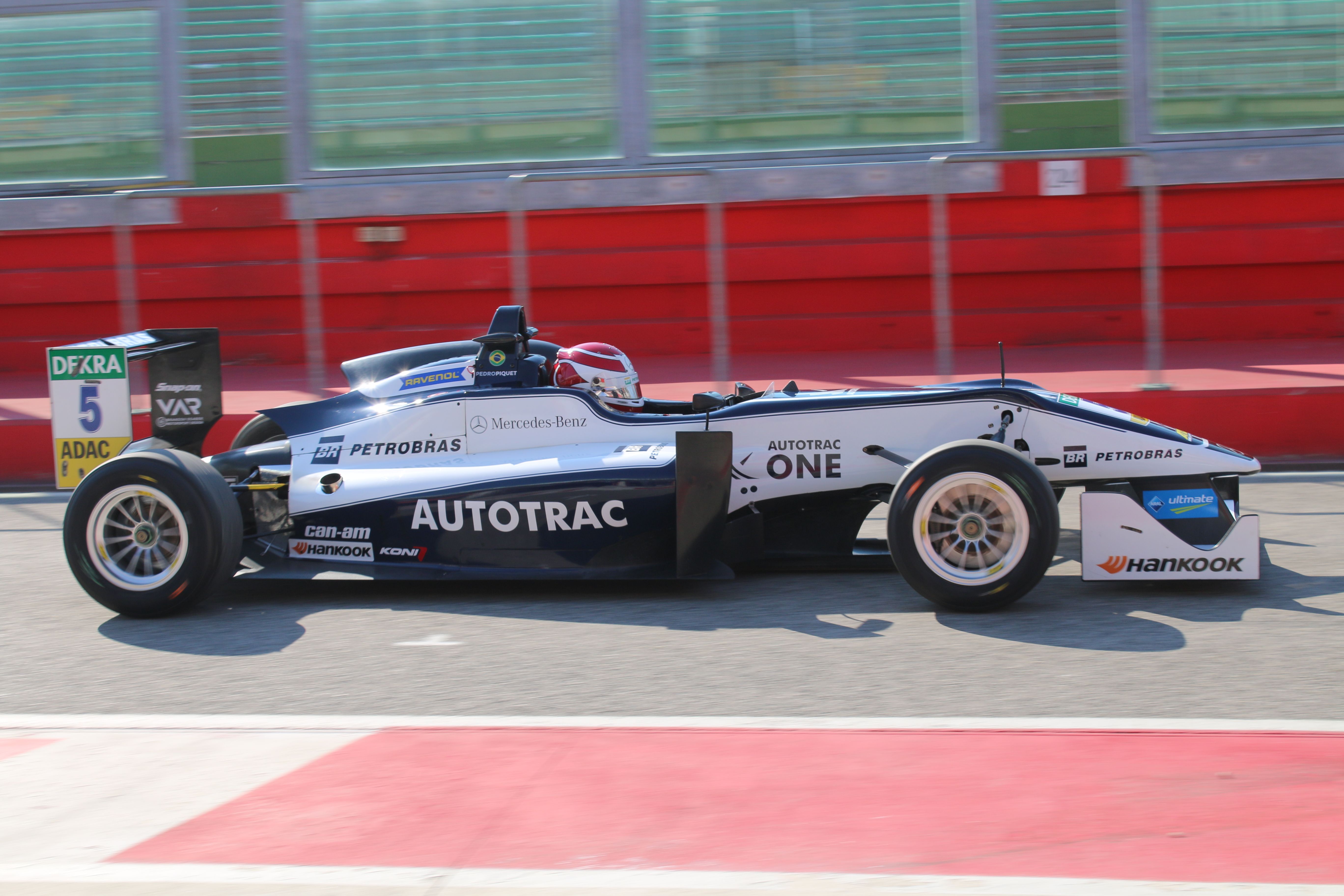 Pedro Piquet will return for a second season with Van Amersfoort Racing after his debut in the FIA Formula 3 European Championship in 2016. Guided by the Netherlands based team the young Brazilian (18) is highly motivated to convert his experiences of last season into strong performances.

Two times Brazilian F3 champion Pedro Piquet ventured the move from his home country towards the highly competitive FIA Formula 3 European Championship last winter. After a period of getting used to his Dallara powered by Mercedes-Benz and learning the European way of racing Pedro definitely showed his racing skills.

The youngster from Brasilia collected 19 championship points after five top 10 finishes. It was at the daring Spa-Francorchamps track where Pedro marked his best performance of the season. He finished a strong sixth place in the rainy opening race.

“It is a pleasure to continue working with Pedro, he has developed his speed and skills continuously during the season. With a full season experience in his bag I am confident that Pedro will be able to stand out this forthcoming season. Our team will do everything to guide him towards strong results.”

Pedro Piquet is very happy to continue the partnership with Van Amersfoort Racing:

“From the first moment,  the team gave me a true family feeling. I adapted to my new life in Europe very quickly. I can focus on racing for 100 percent. After my first full season I now have experience and know the tracks. Together with Van Amersfoort Racing it is my ambition to be a regular front runner in FIA F3 European Formula 3. I am ready!”

The FIA F3 European Championship is considered as one of the most important feeder series for the future stars of the sport. The 2017 F3 season covers 10 events with three races per weekend. The youngsters will battle out at famous tracks throughout Europe like Silverstone, Monza, Spa-Francorchamps, Zandvoort, Nurburgring and Hockenheimring. The season kicks off at Silverstone in the UK, 14-16 April.