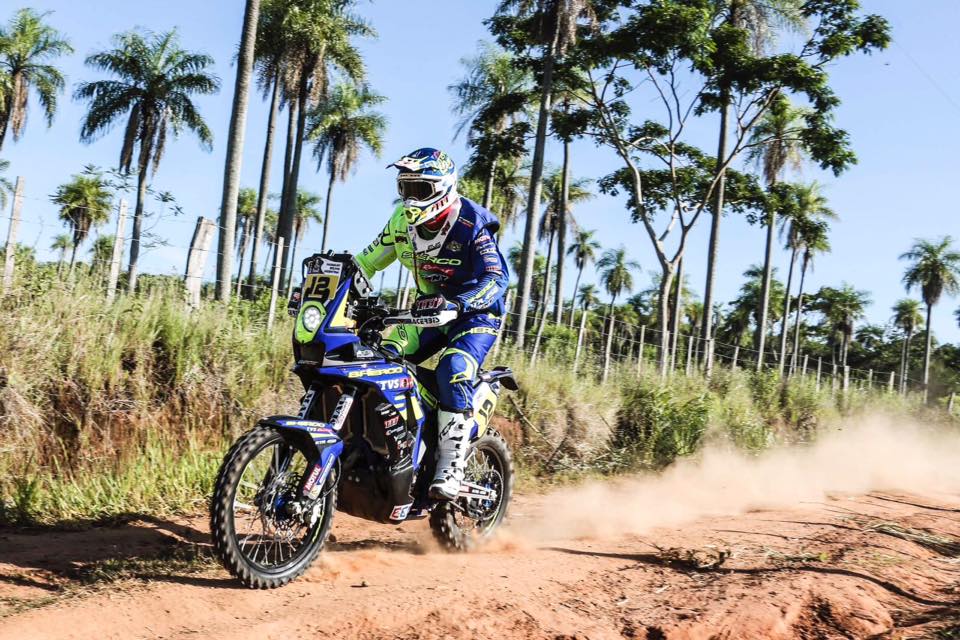 Joan Pedrero has been the quickest in the first stage in the 2017 rally Dakar in motorbike category. The Sherco biker has benefit from a 1 minute penalty of De Soultrait.

New Year and new Dakar, the 2017 edition started with 144 bikes to start the rally from Paraguay, who is the 29th country that will host the race.

Despite that the Mexican youngster Iván Ramírez due to healthy problems could not started the race. Sergio Miguel Petrone didn’t assist to the race line so he retired with any km at his back.

With only 39 km of stage, this one presented a technic layout where Xavier de Soultrait (Yamaha) set the quickest time. But a few hours later the Frenchman was penalized due to speed exceeding.

So Joan Pedrero (Sherco) finally was the fastest and starts in the lead of the Dakar. Completes the top 5 the Honda’s of Brabec, Metge and Gonçalves and the KTM of Sunderland. De Soultrait drop to tenth place.