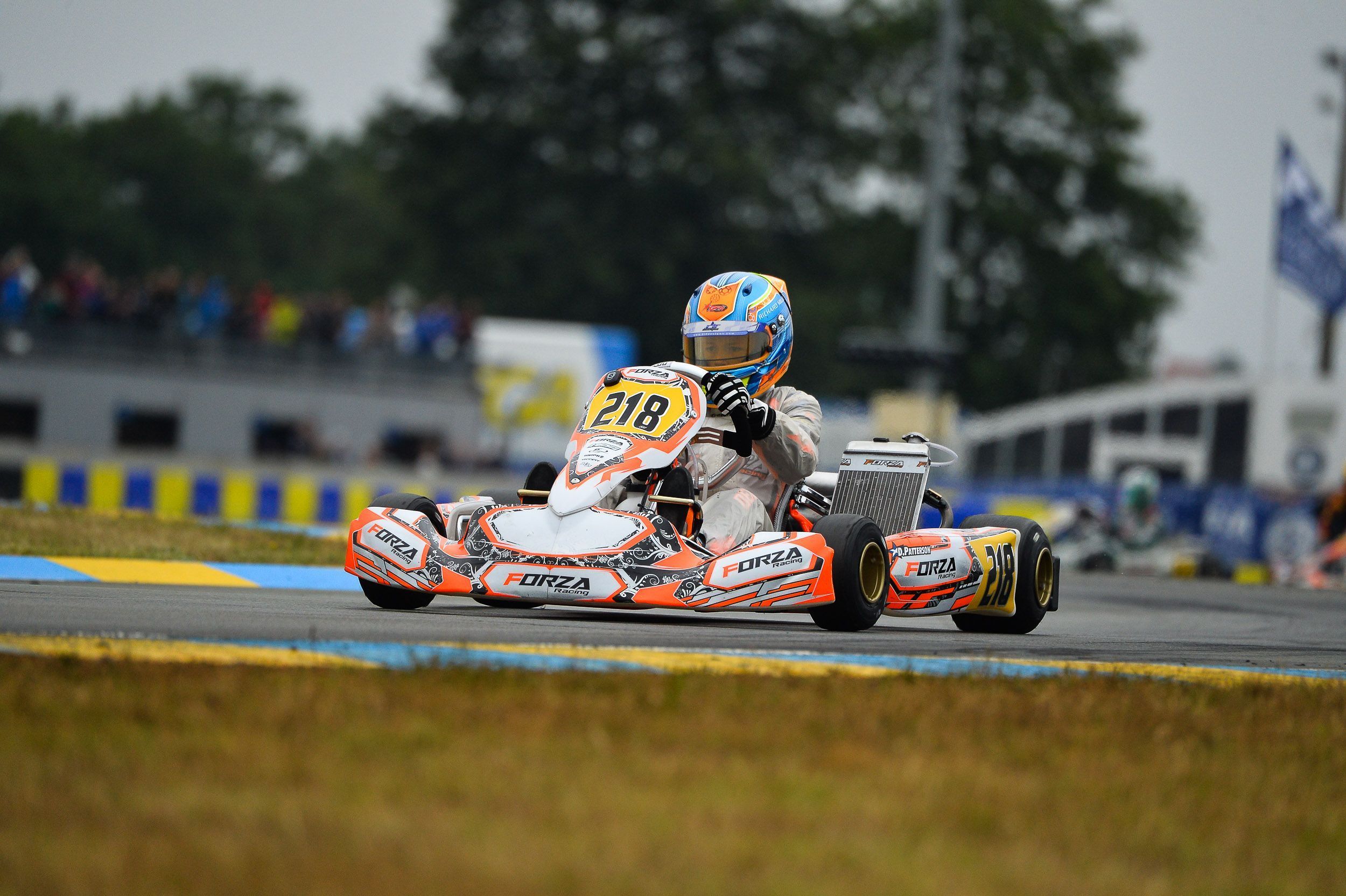 It was Harry Thompson (FA Kart / Vortex / Vega) who dominated the start of the CIK-FIA World Junior Championship. Poleman after Qualifying Practice, he took four victories in five Qualifying Heats to confirm his hold on the OK-Junior category.

The first laps were going to be decisive. Thompson and Patterson exchanged leadership several times, while Maloney did everything he could to keep up.

A difficult pass through of one of the famous hairpins of PFI, with four Drivers determined not to give way, sealed the issue of the Championship.

Patterson was definitely in the lead and controlled Lulham’s return to the finish, giving the Forza Racing team a dream double. Thompson, distanced, could no longer fight.

Further afield, Shihab Al Habsi (Tony Kart / Parilla) made a superb comeback from 15th to 4th place to finish in front of Maloney.